"Seussical" the musical is where it's at. 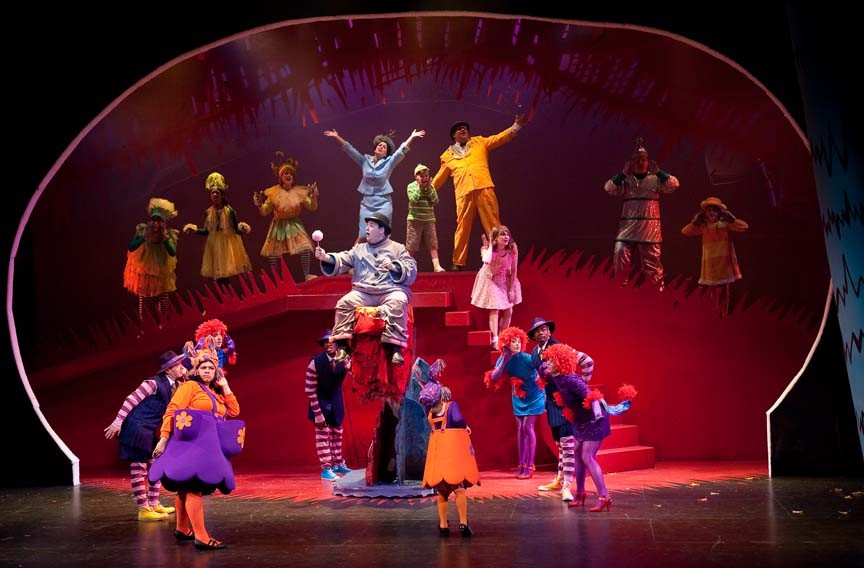 Parents, listen up: Are you tired of being dragged to dreadful children's films with anemic plots and worse humor? Do you count the days until Pixar's next release so you can finally watch a children's film without contemplating violent acts.

Have no fear, "Seussical" is here, and Theatre IV has brought in some heavy hitters to make sure you and your little ones are supremely entertained. Created by Lynn Ahrens, Stephen Flaherty and Eric Idle, this musical is a mash-up of the stories of Dr. Seuss.

Theatre IV packs its stage with a whole heap of talent to tell this fractured fairy tale. Barksdale and Theatre IV regulars such as Jason Marks (Horton the Elephant), Aly Wepplo (Gertrude McFuzz) and Susan Sanford (Mayzie LaBird) are just a handful of the skilled actors in this production. Ford Flannagan combines the perfect amount of mischief and fun in his portrayal of the Cat in the Hat. Carolyn Meade does an uncanny Aretha Franklin impression as Sour Kangaroo, and Ellie Wilson's pint-sized version as Young Kangaroo is no less entertaining.

Chase Kniffen's direction keeps the show's fractured plot balanced and quick-moving, and Marks' musical direction makes the most of the cast's beautiful voices. Kniffen and Thibodeau's choreography throws in some clever touches, especially during the black-light numbers.

Joel Sherry's scenic design has plenty of color and odd Seussian angles, and Terry Snyder's costumes from Theatre IV's 2005 production still do the trick. Derek Dumais' sound design has a few hiccups on opening night, but it's hoped that these have been ironed out.

Unless the "squeakquel" to "Alvin and the Chipmunks: Chipwrecked" sounds more like your cup of tea, check out this entertaining stage amalgamation based on the Bard of Whoville. S