Virginia’s former poet laureate goes through some of his poetry clutter at home for a bit of suggested reading. 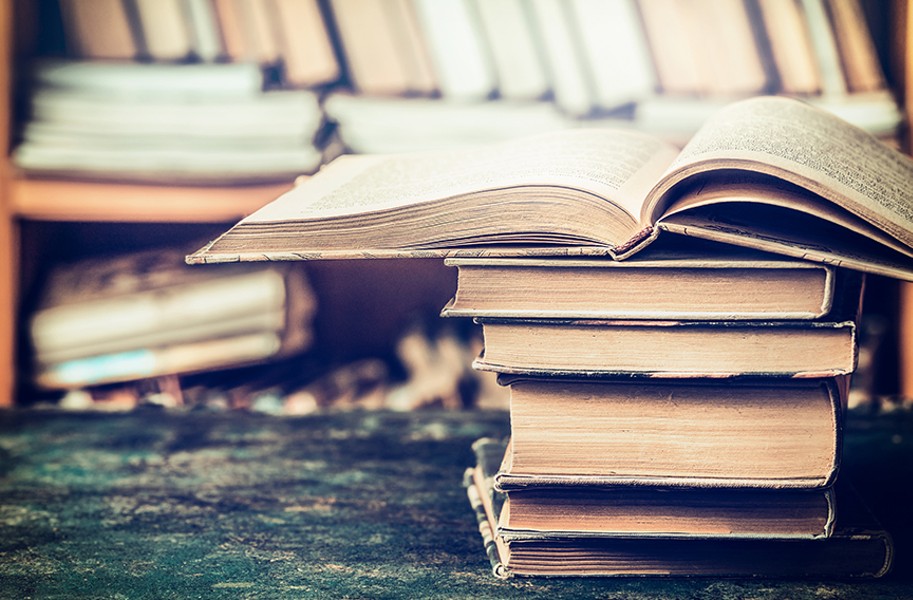 Are you stuck at home? I know, who isn’t.

Poetry? I’m glad you asked. Yeah, you can always go to the classics, but maybe you want to keep up with the wounds currently being made by the cutting edge. Or at least the cutting edge as represented by the poems beside me here on the loveseat.

I’ve been meaning to clean this up, this pile of books, newspapers, magazines, journals, and, especially the pages I’ve torn out of periodicals in the past few months.

On top of the debris – and how timely is this – “The Poetry of Solitude: A Tribute to Edward Hopper” is a lovely little book of paintings by the artist who was recently featured at the VMFA, along with poems written about Hopper’s work. Published in 1995, this is the oldest thing on the loveseat, but I fetched it off the art shelf across the room when the exhibition came to town. Favorite poems here are Lisel Mueller’s “A Nude by Edward Hopper,” Larry Levis’s “Edward Hopper, Hotel Room, 1931,” Stephen Dunn’s “Impediment,” Marianne Boruch’s “Light,” and Ed Hirsch’s “Edward Hopper and the House by the Railroad.”

But to the cutting edge (as defined by my loveseat): Check out the most recent Poetry magazine. Yes, that famous one from Chicago that published—against its editors’ judgment—“The Love Song of J. Alfred Prufrock” because Ezra Pound bullied them into it. The most recent issue has a memorable poem by Yusef Komunyakaa (“My Good Hand Plays God”) and a page-and-a-half Fernando Valverde piece titled “Edgar Allan Poe Is Reached at the Baltimore Harbor by the Shadows That Pursue Him,” translated from the Spanish by Carolyn Forché, one of the few American poets in my lifetime who has achieved best-seller status.

The current Georgia Review has a worthy feature on the recently deceased Stanley Plumly (17 pages I ripped out and stapled) and a long piece of verse by Kazim Ali titled “The Voice of Sheila Chandra” (14 pages, ditto ripped/stapled).

Too long? Believe me, I understand. Let’s see . . . little ragged scraps: Ah! Paula Bohince has a poem with the alluring title “Epic Rain” in the March 12 New York Review of Books, or did before I ripped it out. Jan Zabrana’s “Evening Trains” appeared in the Feb.17 New York Times Review of Books and ends with “youth fell away—a head of cabbage.” Poet Natalie Shapero’s poem “Weekend” begins “Some people despise doing laundry, but I don’t” in the Jan. 16 issue. And the New Yorker from March 9 has a fine, posthumous poem by Stanley Plumly that ends spookily this way: “all he is doing is standing there, alone, / in silence, disappearing into himself.”

So, literary types, do you read The New York Times Magazine every Sunday? Neither do I, but I do usually flip to the poem, chosen these days by Naomi Shahab Nye, who provides a short, helpful gloss on one contemporary piece each week.

You thought leaders, formerly known as intellectuals, if you don’t subscribe to The London Review of Books and the Times Literary Supplement, you should. These wonderful periodicals come in the mail every week. The Jan. 23 LRB presents “The Lion Tree” by Jamie McKendrick (with an epigraph from Pliny the Elder). Oh, and here’s Rebecca Tamas’s intriguingly titled “Medusa in Venice” on page 24 of the Dec. 19 issue which ends, I kid you not, “At night she will have sex, just like other people, / work herself into fresh sweating shapes, flush visions, / snakes humming, jittering in dazed happiness.”

Reviews of poetry books? Ursula Lindsey’s “This Land Is Mine” is an impressive essay review of four books by or about Mahmoud Darwish (that’s in the Feb. 27 issue of NYRB). The New York Times Book Review, to its shame, rarely reviews poetry, but the March 9 issue included a typical hatchet job by William Logan. Logan is a pretty good poet, but he’s flat-out famous for his well-written, always intelligent, often unfair, generally brutal reviews of living poets. His notice of Rowan Ricardo Phillips’s “Living Weapon” is worth checking out, if only for the wit and carnage. Phillips’s book is said to try “hard to be both the debut issue of a new Marvel comic (blockbuster movie to follow) and a sermon on violence, guns, hatred, what have you.” Logan thinks that “there’s far too much lala-ing in this book” and parenthetically opines that in Spenser’s “Faerie Queene” “the ideas outrun the rhetoric.” Logan asserts “it’s hard for a poet to drag in politics without becoming an op-ed writer or a screaming nutter on a Wall Street sidewalk.” You get the idea.

But back to poems, little poems, slips of paper which, folded once, you could hide in your palm. The Atlantic continues to publish good new poems. Last month, Sara McCallum published 14 lines, you can call it a sonnet if you like, under the eye-catching title “The Mulatta Unmasks Herself to Her Husband, Edinburgh, 1826.” Fourteen lines, each a stanza unto itself, as if gaps and spaces were her real subject.

OK, I’ll end with this clipping on which I have written with a calligraphy pen the futuristic date of the Atlantic issue, “April 2020.”

It’s a poem titled “A Sight” and it begins, “Last night I watched a documentary on war, / and the part I carry with me today / was the spectacle of a line / of maybe 20 blinded soldiers / being led, single-file, / away from a yellow cloud of gas. / That must be what accounts / for this morning’s brightness—.”

Betcha can’t name that poet. Six lines in the first stanza, seven in the second, eight in the third. The poem’s simple language and slowly expanding stanzas are taking us toward a fuller—what? Sense of despair? No.

Here’s the last stanza: “I couldn’t see their faces, / but each man had one hand / resting on the shoulder / of the man in front of him /so that every man was guiding / and being guided at the same time, / and in the same tempo, / given the unison of their small, cautious steps.”

Look that poem up. It’s out there on page 78, in our next April, blooming in the future, our scary, uncertain future. “A Sight” is by a poet routinely dismissed by hip, “sophisticated” versifiers. True, about half of this poet’s work is lightweight, even silly. But Billy Collins can write real poems, too. Poems that can fill your eyes with tears. Poems you won’t soon forget.