A Look at the Exhibit 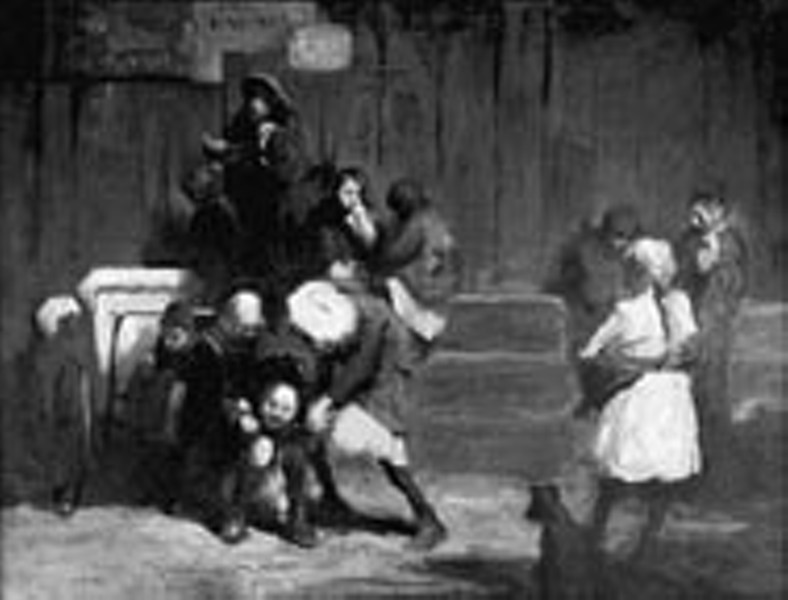 Most of the artists represented in "Capturing Beauty" lived during the late 1800s and early 1900s. Do you agree with Dr. Stebbins (Theodore E. Stebbins Jr., curator of American art at the Fogg Art Museum, Harvard University) when he said in his catalog introduction that the collection includes examples of almost every member of arguably the greatest generation of American painters?

Yes. Of course Dr. Stebbins, David Curry [VMFA Curator] and I focus our look at the 19th and early 20th centuries, and so I guess when I think of the greatest, I don't know if I could say that if we talk about all American artists, but of that time period, it does represent the greatest painters. There are exceptions. For instance, Henry Tanner would certainly be one of the most outstanding expatriates showing in the Paris salon, and he's not represented, but I think that if people are fans of the Gilded Age they will certainly see all the stars there.

What kind of educational opportunities do you think exist for the audience viewing "Capturing Beauty"?

They'll be able to see a wide diversity of styles and media, and also themes that intrigued the artists from this time. We often think that artists have the same ideas -- they would go abroad, they would study, and they would paint whatever the latest style was, and I think that this particular period is so dynamic. What's interesting is, you see artists in this exhibit painting in academic naturalism, like [William McGregor] Paxton, or you see your classic impressionist painting by Mary Cassatt, and at the same time you see members of "The Eight," like Robert Henri, who were bringing in their version of American realism. And then [you see] people who were doing a little bit of both, like [John H.] Twachtman. He's using an impressionistic style, but he's showing the wash behind the fisherman's house.

So you are seeing a fluidity of ideas. No one is necessarily locked into a category. As art historians we tend to pigeonhole them stylistically, but when you step back [you] realize so many of these artists were friends — they're going off and painting together, they're supporting each other, they're buying each other's art, and they're influencing each other — and you add into the mix all the of influences that come upon them in the European capitals, where they are looking at exhibits or going to school. It's so much more dynamic and changing than we typically think. And I think that's what viewers will see as well.

Are there any works here that have especially endeared themselves to you personally?

Oh, that's so hard! It's hard when you've spent the time thinking about them. I helped do the research for the catalog and of course that's a little different -- the viewer may be working aesthetically and of course getting information from the labels. But then when you're going more into depth you fall in love for different reasons. I just love [Theodore] Robinson's "Portrait of Madame Baudy." There's just a frankness there that speaks of friendship to me, and it's so beautifully crafted in every way. But just now I was up in the gallery. We were mounting the last addition to the exhibition (George Bellows' "Kids"). Oh my gosh! That's a great example. I've seen the image, you've seen the image, but once you see the real painting, all of a sudden it just sings!