A Look at Some of the New Comedy Pilots on Amazon 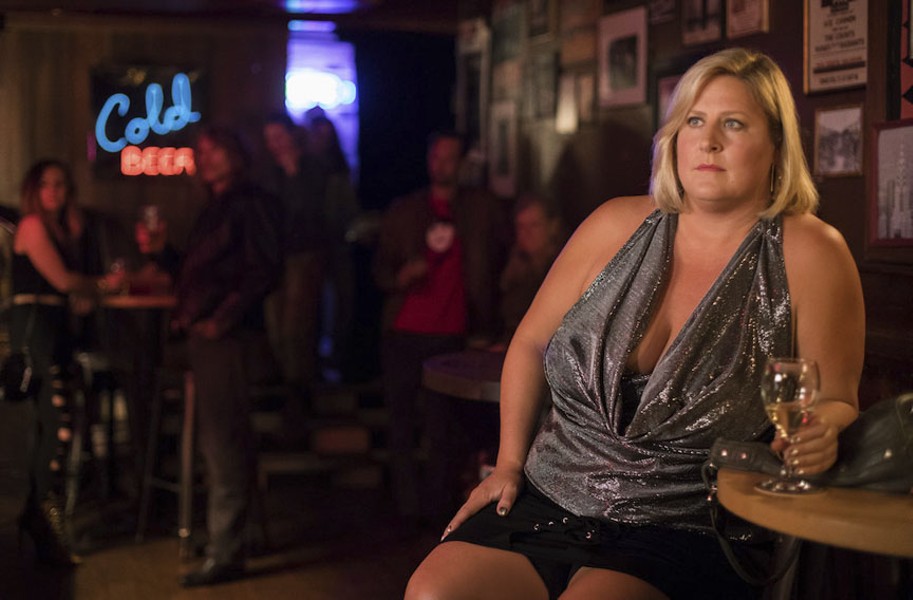 Singing comedian, actress, writer and cabaret performer Bridget Everett, made a name for herself as a provocateur in New York in the past decade. Now she’s got her own show on Amazon, “Love You More.”

Although there’s good chemistry between actresses Diarra Kilpatrick and Alysha Umphress, “The Climb” pilot has no hook.

Of all the delivery systems for streaming television, from Netflix releasing an entire season at once to Hulu's old-school rollout of weekly episodes, the most puzzling is Amazon's strategy of releasing pilot episodes and letting viewers' reactions determine which ones continue. In this era of peak TV, why commit a precious viewing hour to a show that's either dead on arrival or not scheduled to have a second episode for months? That said, a couple of the new Amazon comedy pilots released on Nov. 10 could be worth the wait.

My first exposure to Bridget Everett was watching her perform songs from her hilariously raunchy cabaret act on "Inside Amy Schumer." Not surprisingly, given the participation of executive producer Michael Patrick King of "Sex and the City" fame, Everett's new Amazon show "Love You More" travels similar territory, at least when it comes to her character Karen's messy love life. If full-frontal nudity, male, for once, and jokes about morning-after pills aren't your thing, steer clear.

Stop watching, though, and you'll miss something rare for television, courtesy of Karen's job as a counselor at a group home for young adults with Down syndrome: an ensemble cast of actors with Down's who are allowed to be engaging characters, often hilariously so, without having to serve as inspirational profiles in courage. Jamie Brewer's Maggie, a former resident turned employee whose passion for enforcing rules butts up against Karen's more freewheeling ways, is a standout. Add Loni Anderson as the murder-show-loving roommate Karen found on Craigslist, and there's plenty of comedic fodder for the future, along with a healthy dose of heart that successfully stays on the right side of treacle. The pilot's biggest misstep, oddly enough, was the inclusion of a musical number. I understand the impulse to include Everett's music, but this sequence came out of nowhere. If "Love You More" gets picked up, I'll be curious to see if that musical element gets dropped or better incorporated into the show, something "Crazy Ex-Girlfriend" does brilliantly every week on the CW.

It's pretty clear from early on in "The Climb" — from the moment you see the title — that 20-something Detroiter Nia, played by pilot writer Diarra Kilpatrick, is going to quit her soul-crushing cubicle job in search of something better. Describing a dream in which she gives birth to a fierce version of herself, complete with "a full-length fur coat, like Aretha Franklin," she tells her best friend Misty, played by Alysha Umphress: "I think it means it's like my time or something." Watching the pilot, I found myself wishing Nia would ditch the 9-to-5 already and get on with making it her time, which, given her obsession with Copper Lewinsky, a Kardashian-like celeb, probably means becoming Internet famous. Kilpatrick's an engaging performer, and she and Umphress possess an easygoing, appealing chemistry, but this pilot is all preamble with no hook.

I had a similar feeling during much of the Glenn Close vehicle "Sea Oak." Ostensibly a comedy, it delivered a mostly laugh-free, but grimly quirky, account of life at the titular housing complex for Aunt Bernie, played by Close, a woman so closed off from her own misery that she won't even admit her dissatisfaction inside the anonymity of her church's confessional. She lives with her two freeloading nieces, their babies and her nephew, Cole (Jack Quaid), the only other member of the household with a job, albeit one as a beefcake model spicing up historical exhibits: You kind of have to see it.

But then, with about five minutes to go, the story takes a turn — I won't spoil it — that gives a purpose to the ennui of the previous 25 minutes, sets up the entire series and left me wanting more, especially after the credits rolled and I saw that the pilot was based on a short story by award-winning literary surrealist George Saunders, who also wrote the script. On the bright side, if "Sea Oak" never returns, viewers can always go back and read the source material in search of some form of narrative closure. S