A former Richmonder is just one of the heroes in the new Clint Eastwood film “Richard Jewell.” 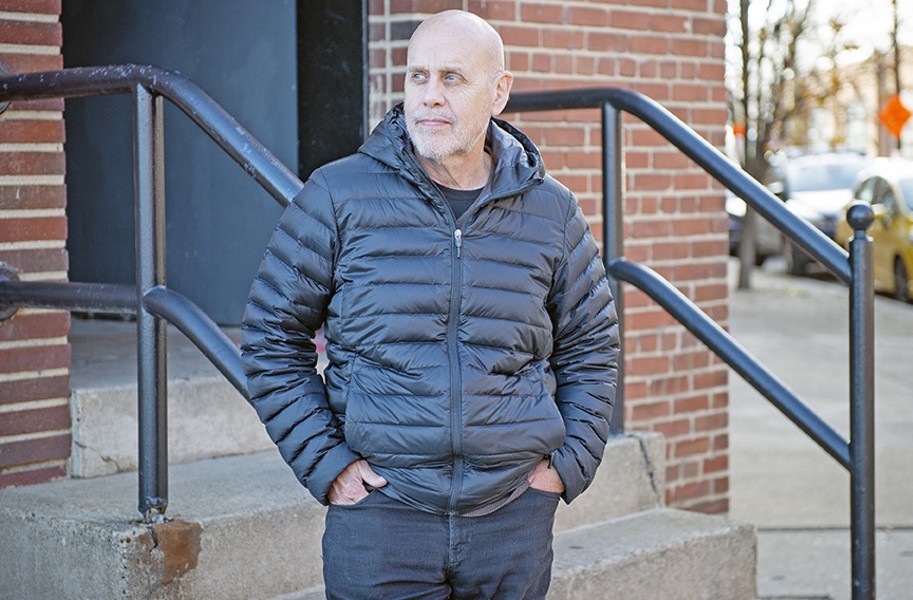 Ash Daniel Watson Bryant, the former attorney for Richard Jewell, is played by Sam Rockwell in “Richard Jewell,” which opens wide on Dec. 13.

Imagine mowing your lawn one day and getting a call from a Hollywood director asking if you’d like to have your life played by Leonardo DiCaprio.

Bryant, who went to St. Christopher’s School in the 1960s, was the former attorney for Richard Jewell, the hero cop falsely accused after the Atlanta Summer Olympics bombing in 1996. That means that Bryant is one of the heroes in the new Hollywood biopic, “Richard Jewell,” directed by Clint Eastwood that opens today (Dec. 13).

But instead of DiCaprio, he is played by another Oscar winner, Sam Rockwell, who likely will be nominated for best supporting actor again.

Now in his late 60s, Bryant is an intense guy, a blunt Libertarian and quite a talker. Sitting in the Style Weekly offices, he says he doesn’t care much about awards — he mainly wants the history to be corrected and Jewell, who died in 2007 at the age of 44 from issues related to diabetes, to be fully exonerated in the public eye.

“What I want is everybody in America to know Richard Jewell is a hero,” he says, adding that he believes the case probably contributed to his friend’s early death. “How you portray me, I don’t give a damn. To this day, people think Richard had something to do with the bombing. People never saw the exoneration.”

Bryant first met Jewell when the two worked in the offices of the Small Business Administration in Atlanta, years before the bombing. Jewell was a supply room clerk and Watson fondly called him "Radar" for his habit of showing up with whatever was needed, like a candy bar. “He would give the shirt off his back to anybody,” Bryant recalls. “If he had two dollars, he’d give you four.”

Jewell, who was born in Danville, Va., was working at the Summer Olympics when he noticed a pipe bomb beneath the bleachers and alerted authorities. Together they quickly began clearing bystanders, saving many lives. One person was killed and 111 injured when the bomb went off.

The FBI soon made Jewell its prime suspect with a strange theory that he arranged the whole thing to make himself a hero, and the media followed suit. Throngs of reporters and international television crews descended on Jewell’s apartment, forever altering his life and that of his mother, Bobbi, who is played by Kathy Bates in the film.

“I became Richard’s personal attorney. I’m the first guy he called,” Bryant says. “They went totally overboard on this guy … there was a lot of fake news before fake news [was a thing]. This was a rush to judgment.” 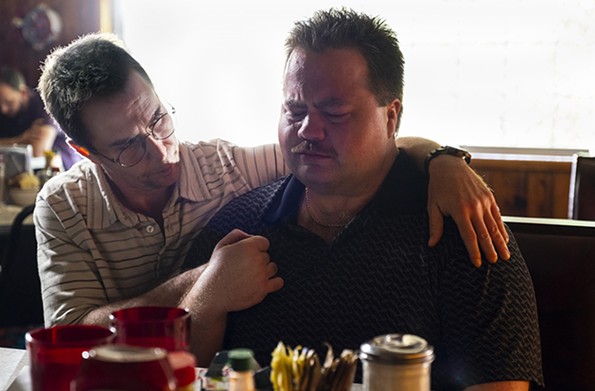 The movie script is based partly on a Vanity Fair article by Marie Brenner, “American Nightmare: the Ballad of Richard Jewell” (“I think she pretty much got it right,” Bryant says) and a book, “The Suspect,” by Kent Alexander and Kevin Salwen, which Bryant says he has not read.

After a passed polygraph test started the official exoneration process for Jewell, Bryant began hiring lawyers to sue media companies in civil court. That’s when several filmmakers, including Oliver Stone, began approaching him to do the movie. Leonardo DiCaprio and Jonah Hill were in talks for the Bryant and Jewell roles.

“Then it all sort of went away [because] we were suing people for millions and millions of dollars,” Bryant explains. “If you’re going to pay us a couple hundred grand to do a movie, why am I going to go on record with a movie and have that used against us in a civil trial where I’m trying to get millions?”

Jewell received settlements from CNN, NBC and former employer Piedmont College, but lost his suit against The Atlanta Journal-Constitution, which clearly still sticks in Bryant’s craw. And now the paper is part of a growing controversy around the new film regarding the portrayal of one of its reporters.

“There’s no justification for those guys [AJC] coming out with a special edition of their newspaper to say the FBI suspects he planted the bomb, they just sensationalized it,” he recalls. “Their reporter Kathy Scruggs was ordered to disclose her sources or go to jail, they appealed it to the Supreme Court and won. We walked away from it. Their buddies in the courts changed the law to screw us and help them — that’s how I see it.”

Scruggs is portrayed in the movie as trading sex with an FBI agent to get information. She died in 2001 and can’t defend herself, but it would seem her former paper is doing exactly that. The Atlanta Journal-Constitution stands behind its reporting and current Editor-in-Chief Kevin Riley has hired an attorney to demand that Eastwood release a statement acknowledging the film’s portrayal of Scruggs is not based in fact.

Bryant says he only met Scruggs a few times, but liked her.

“I bet if she was alive today and saw smoking hot Olivia Wilde playing her as a go-getter reporter, I don’t think she’d have complaints,” Bryant says, before adding somewhat sheepishly: “Look, it’s a Hollywood movie.”

Bryant did some consulting on the film. Rockwell, who is in a long-term relationship with actress Leslie Bibb, another former Richmonder who attended St. Gertrude High School in the 1980s, came to Bryant’s mother’s 89th birthday.

“[Sam’s] such a good friggin’ guy, he would observe me and have me read lines from the script. But I can’t do what he does: Each individual hair on his head is acting when he’s doing something. … I’m just a bullshitter.” 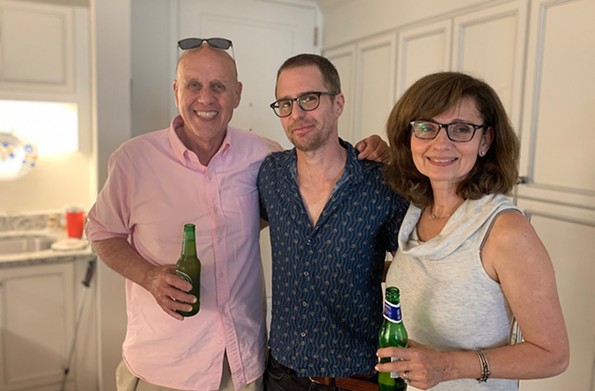 There were some things about his character that Bryant didn’t like, but nothing on the level of what happened to Scruggs: “I never wore a three-piece suit. I wore jeans and cords [early on],” he says. “I wasn’t as down-and-out as they showed me to be, and I didn’t have to be talked into it by my wife.”

He adds that he can’t use this movie as a parenting tool for his sons, “because [my character] makes it an R-rated movie in the first 30 minutes.”

Bryant still has family and friends in the Richmond area -- his sister lives here. Growing up, the family lived near Windsor Farms, right across the street from Supreme Court Justice Lewis F. Powell Jr. where Bryant used to watch “Hogan’s Heroes.”

“Next to my father, I have more respect for Big Lewis than any other man,” he says. “He always did the right thing and was an honorable man, he did what his conscience dictated. I may not agree with his opinion all the time, but I respected where it came from.”

Bryant's father moved the family to Atlanta while he was still in high school, but his son was a local athlete and wanted to stay in Richmond, so he became a boarder at St. Christopher’s School.

“I loved it here, everything was going good for me,” he says.

After the Jewell story ended, Bryant says he mostly went back to his life as a commercial real estate lawyer. Jewell’s mother became a nanny for his kids.

To this day, Bryant clearly retains low opinions of the FBI and the media, more so the former, he says: “I expect the government to be honest, I have no expectations for the media, no offense,” he says. “But the FBI knew all along he couldn’t have made the 911 call. He was down there by the bomb when that call was made.”

Since then he thinks the FBI has only grown more politicized and the rush to publish in the media more pronounced for an insatiable, 24/7 online audience.

But he’s enjoying all the hoopla, screenings and media appearances surrounding the new film. He calls the 89-year-old Eastwood “a great guy” and describes all the film performances as fantastic, adding that the movie isn’t “red or blue.”

“Kathy Bates is a great gal to be around. She’s a regular person, likes to have a drink. Paul Walter Hauser, who plays Richard, is amazing. Looks just like him.”

In fact, Bobbi Jewell was in tears after seeing the film at Warner Bros., he says, because it was like her son Richard was alive again.

“At the end of the day, it’s a Hollywood movie,” he says. “But if you want to see something great, Bobbi on the red carpet, looking up at Clint Eastwood, she’s as happy as she can be. By God, after all the crap [she endured] in this life, seeing the look on her face is about as much joy as I can get out of this thing.” 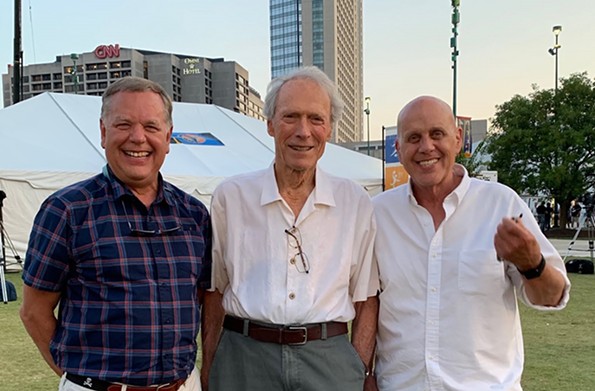