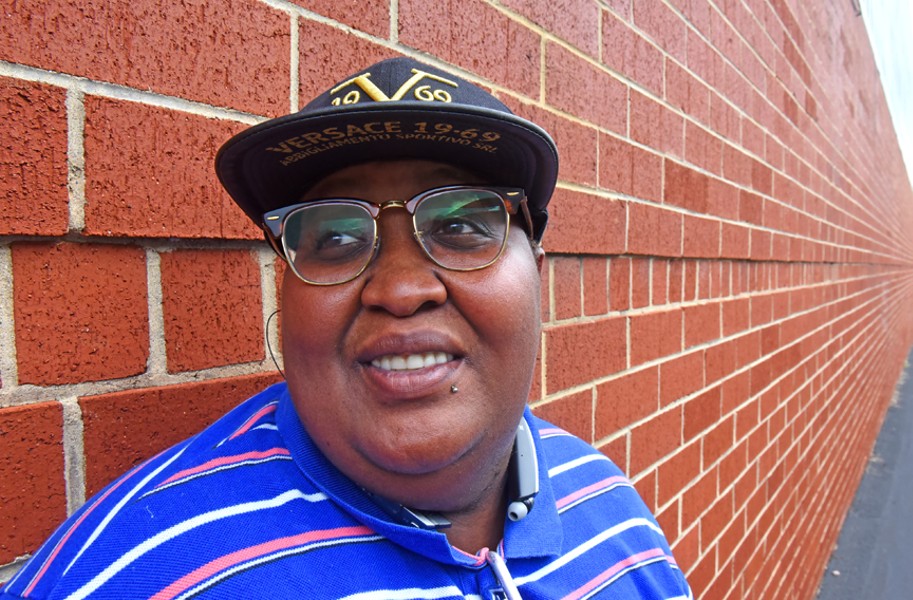 Scott Elmquist Richmond native Kasey Woods created Shepride for lesbians but encourages everyone in the LGBTQIAA community to come.

When Kasey Woods created an online lesbian forum called Shezone, it was 2010 and she had exactly one follower. These days, her followers number well over 50,000 worldwide.

Born and raised in Richmond, Woods is an alumna of Virginia State University who wanted to start something of value for her community. The result was Shezone, an entertainment company created for the women of the rainbow to hold charitable events, lesbian celebrations and ultimately, seminars dedicated to women's issues.

A regular performer on the local drag show circuit, she noticed that the majority of events in Richmond were geared to gay men.

"I woke up one day and decided I wanted to start creating events in my city and all over the world that catered to women in the rainbow," she says. "I wanted lesbians to have an event dedicated to them that was open to all women, no matter what their race, gender, disability or cultural background was."

The result is Shepride, a two-day event she launched in 2010 with the goal of bringing unity to the lesbian community. The first year attracted 250 women from all over the country.

The scope of the event has grown annually as the show got bigger and more lesbians found out about it by word of mouth. Nothing about Shepride is based on other pride events which typically have floats and parades, rather Woods says her goal is to introduce the world to the many talents of the women of the rainbow.

"I guess you could call it a big lesbian concert," she says.

Choosing the entertainers for Shepride was left to Woods' followers on Shezone. Using the three major social media networks, she set up a poll asking for input on the best DJs, rappers, strippers, singers and dancers. The top 50 suggestions were used to determine a lineup showcasing what she says are some of the best female music artists - both lesbian and mainstream — across the nation.

The way Woods sees it, Shepride was relevant even before the conservative political climate of the current administration became an issue.

"To be honest, Shepride matters more because we want to bring lesbians together so that when big topics talk against us, we're already a family unit, so we can ignore that and continue to be happy," she explains. "Politics is what it is, either it›s against or for us."

Unlike politics, Woods sees Richmond as unusually hospitable to the lesbian scene, recalling how when she was a young lesbian, Vicky Hester, the owner of Babe's of Carytown and promoter Jetaun Big Sexy welcomed her with open arms. Because they allowed her to perform as a male impersonator when she was just starting out, Woods continues to pay homage to them when performing. Citing both as a source of personal inspiration, she says they've paved the way for all the lesbians in Richmond who want to do something with the community.

"In this generation, the LGBTQIAA (It stands for lesbian, gay, bisexual, transgender, queer or questioning, intersex, asexual, and ally.) events tend to deal with evil spirits outside of our community – the people who hate us for who we are and who we decide to date and live our life with," she says of the resistance and prejudice many in the community have experienced. "We need events like this to bring us together and have a safe haven where we are loved and appreciated. If no one else will support us, it›s important for us to support us."

For her, the goal of Shepride, is as simple as providing a safe haven to her fellow lesbians, a place where they can mingle, network and create a larger family of community. Even first-timers can expect to be loved and treated like family. Most importantly, Woods wants everyone to know that they can be themselves and that everyone is welcome.

"I created this event for lesbians, but we're definitely a NoH8te entertainment company. We love everyone and really want anyone and everyone in the LGBTQIAA community to come and be a part of the family. It's all love." S

Shepride 2018 is being held Aug. 3 and 4 at a location to be disclosed when tickets are purchased. Online only, no tickets sold at door. shepride2018.eventbrite.com.