The violent death of a 21-year-old was his mother’s worst nightmare, and family members believe Richmond needs a new approach to crime. 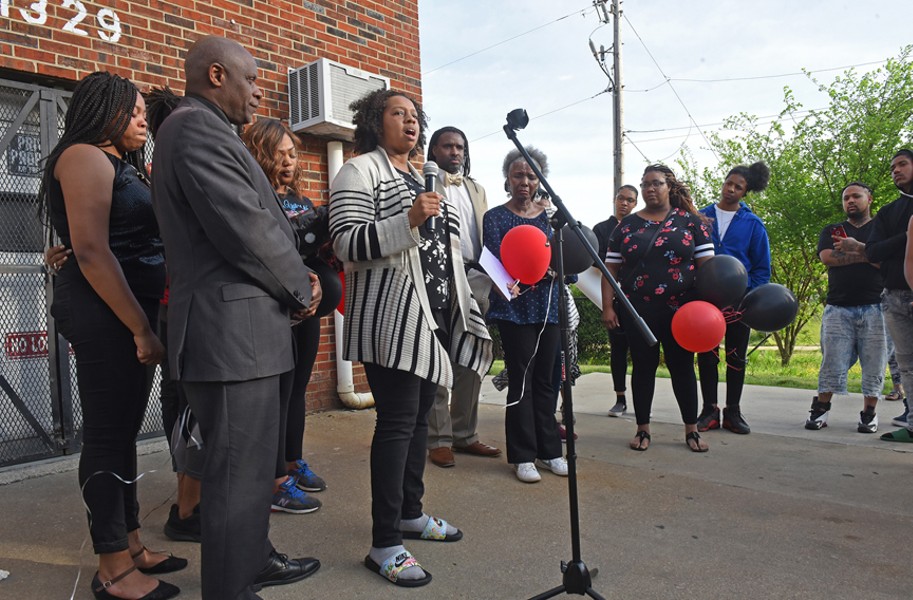 Scott Elmquist Sayyeda Hall speaks at a vigil held for her son, Malik Banks, who was shot and killed April 13.

Malik Banks wasn't perfect. His mother, Sayyeda Hall, is the first to admit that. But she says he was kind, loyal, quick to dance and alway eager to help someone with a load of groceries. Basketball was his favorite pastime, he loved retelling the story of the time he met comedian Katt Williams at the YMCA and the upcoming birth of his first son made him want to settle down and find more stability.

Banks died April 13. The 21-year-old was shot and killed in the 1300 block of Coulter Street, where he lived since moving in with his mother and siblings in 2004. The homicide is still under investigation.

As of Sunday, June 2, Richmond had seen 25 homicides, according to statistics from the Richmond Police Department — inlcuding the recent death of 9-year-old Markiya Simone Dickson of Chesterfield, who was shot while playing in Carter Jones Park, sparking widespread outrage throughout the Richmond area.

For Banks' large, tight-knit family, this kind of loss is a first.

"This is the first time that we're going through something like this as a family in this context," says Iman Shabazz, Hall's cousin and a consistent figure in Banks' life. "I've struggled with trying not to ask myself unanswerable questions and trying not to beat myself up and feeling like I somehow failed to provide the kind of protection that could've prevented something like this from happening."

Shabazz, a community activist and advocate for incarceration alternatives, has been examining violent crime and the people impacted by it for years. A program staffer at the office of Richmond Commonwealth's Attorney Mike Herring, who announced his resignation last week, Shabazz worked with Herring to release a report that identifies root causes of crime. The 12-page document lays out statistics and poses questions about socio-economic factors like race, housing, poverty and trauma, with the overall assessment that those in power should create policies that address root causes rather than focusing so many resources on reactionary, punitive measures.

In some ways, Banks' story is all too familiar. Hall is a single mother who moved to Richmond in the early 2000s to be closer to family. She gets government assistance to offset the cost of housing, and she and her younger kids live in an apartment that's near Mosby Court, one of the big six public housing developments known for substandard living conditions and high crime. Even though they don't live in a unit run by the Richmond Redevelopment and Housing Authority, Hall says the violence isn't contained within neighborhood lines, and she constantly worries about her kids' safety. Banks' death was her worst nightmare.

Despite being accustomed to the sounds of gunshots and sirens, Hall says she's always done her best to provide stability for her kids. The lights are always on, the fridge is always full, and each child gets a cake on his or her birthday. She grew up in poverty herself, raised by her grandmother in New Jersey because both of her parents were largely absent, reappearing sporadically throughout her life. In retrospect, she says, it's clear that she lived much of her childhood in a depressive state, but as a teenager she wanted to break the cycle.

"As I got a little bit older, I don't know if it was through prayer or just reading, or whatever it was, I just made up my mind to put all my focus on proving that people are wrong and that it's not OK," she says. "A lot of my focus was just pure determination, hating how things were, and proving that I am better. I'm not dumb."

Like a lot of single parents, Hall has to find a balance between paying the bills and being home with her kids. She wanted them to grow up eating family meals around the table, so for years that meant working overnight shifts so she could be around in the afternoons and evenings to help with homework and cook dinner.

Banks, her oldest son, began to struggle in school when he was in second grade. Hall recalls a shift in her son's demeanor and behavior when his grandfather, Pop-Pop, died, disrupting a beloved tradition of visiting New Jersey for leisurely, carefree summers and holidays.

Hall says Banks always had good manners, but his temper got him into trouble so often that he was suspended more than 100 times in elementary school. Last summer, in an effort to address the disproportionate number of black students suspended from public schools statewide, Gov. Ralph Northam signed a bill barring school divisions from suspending students in pre-K through third grade for more than three days. According to a report that inspired the bill, students with disabilities are suspended at about three times the rate of other students.

Hall says even with official diagnoses of attention-deficit-hyperactive disorder and oppositional-defiant disorder, and an individualized education program through the Richmond Public Schools, her son wasn't getting the help he needed. He got bullied in school, and Hall says he was targeted and seen as only his behavior issues.

"I went to all the parent-teacher conferences. All of them," Hall says. "Moving forward, I didn't know what else to do. And nobody wants to be responsible, because it always gets pushed off onto another program or another person."

Banks graduated from high school in 2016. Later that year he spent some time in jail after joyriding in a stolen vehicle with some friends, and Hall says he described the experience as deeply traumatic. He "thought he was going to die" while he was locked up, and upon his return to civilization he told his mother he wanted counseling to work through the impact of being incarcerated.

At the time of his death he had a steady job, a roof over his head and a baby on the way. Overall, Hall says, he was doing well. Shabazz says he's grateful that, to his knowledge, the deadly shooting didn't occur when Banks was in trouble.

"I guess I feel fortunate that the circumstances weren't when Malik was caught up in something that he'd done," he says. "It makes it tragically unfortunate that he was innocent."

A section from Shabazz and Herring's report about trauma suggests that a person's decision to commit a crime is not always entirely his or her own — it's often a product of the environment and years of those socio-economic factors at play.

"Instead of healthy social skills, a person may adopt harmful anti-social behavior, to protect themselves or meet their personal needs," the report reads. "In this context, crime is not always a function of personal choice. Sometimes crime is a manifestation of a person's effort to cope with environmental and social deficits." 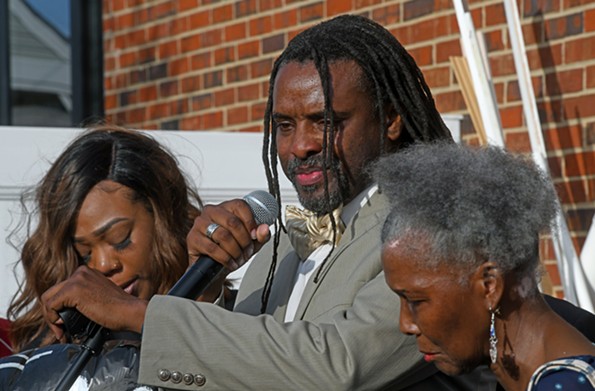 Shabazz says he still believes that addressing and responding to crime should consist of more than blaming and incarcerating the person who pulled the trigger. He notes that either the shooter or the victim could have been anybody's cousin, anybody's son.

But now he's also dealing with the emotions of losing his own loved one.

"It's hard to balance all those things that I know about the community dynamics, the pressures, the conditions, the things that really contribute to the kinds of experiences that people have in the environment where he was killed," he says. "But none of that impacts the part of me that hurts, that mourns, that I wrestle with, because this was my cousin. Someone who I helped raise."

So did the system fail this 21-year-old father-to-be? According to Shabazz, it's not that simple. "I feel like I understand the dynamics enough to know that systematically, things operate the way they're supposed to," he says. "And I would even argue there's a part that's designed not to work in favor of people who are oppressed."

At a recent news conference, newly appointed housing authority director Damon Duncan discussed his agenda for the agency. On his list of proposals was re-establishing a dedicated police force within the public housing communities. Even though Hall and her family don't live in public housing, she questions whether an increased police presence would solve any problems in the East End. Hall says a detective told her that officers were on the scene of her son's death within about two minutes of receiving the call. 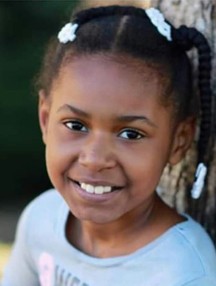 Hall goes on to say that efforts to revitalize the neighborhood are causing more harm than good, and as a longtime resident, she feels like the powers that be aren't listening to the needs of the community.

"How about don't put up a store in a neighborhood where people can't afford the food that's in there?" Hall says, referring to the Market at 25th, where her excitement to experiment with fresh produce was diminished by prices out of her range. "How about put up a damn community center, instead of putting up all these houses to displace people? How about doing something to build up the morale of the community?"