A survey of forgotten or unseen images from our archives. Photos by Kent Eanes, Chad Hunt, Jay Paul and Stephen Salpukas 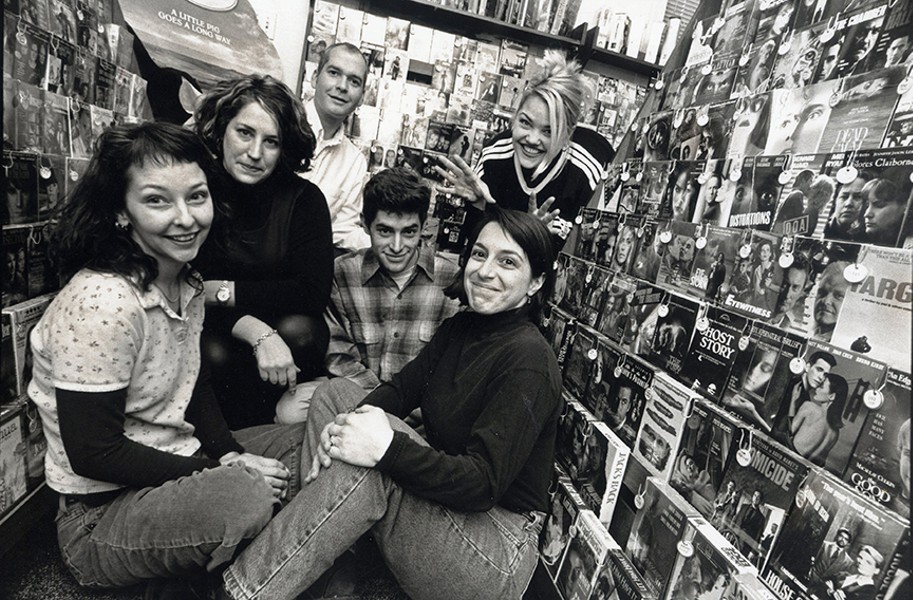 Many businesses, organizations and households are discovering that a welcome, but unanticipated ramification of the slowdown caused by the pandemic has been time to clean house, organize records, fill photo albums, or just plain straighten things up around the office or home.

At Style Weekly, recent forays into the morgue, which is journalism lingo for the archives, library or records area, have exposed the staff to some remarkable photographs, many never published. These conjure memories of individuals of recent decades – some very much still active – who made their endearing marks on our community.

It also makes us appreciative for the talented photographers whose output illuminated the pages of this alternative weekly in the past. Images by Kent Eanes, Chad Hunt, Jay Paul and Stephen Salpukas are included here. So with a bit of nostalgia or irony, reacquaint yourself with – or meet for the first time – some very Richmond personalities. 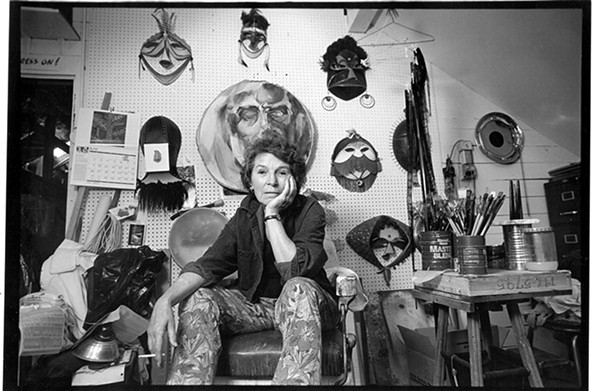 The surrealist painter and sculptor Nancy Camden Witt in August 1983.  From her Ashland studio, fashioned from an old gristmill, the Richmond native created memorable works that hang in the region’s finest contemporary art collections. She died in 2009 at 79. 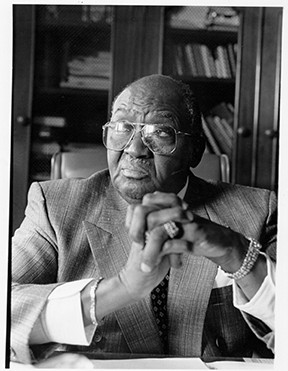 Allix B. James looks pensive in this December 1993 image of the former president of Virginia Union University who taught and was an administrator of his alma mater for 46 years. He was a beloved force beyond the campus in a broad range of civic and ecumenical activities. He died in 2015 at 93 and a memorial to him is in the campus’ Coburn Hall. 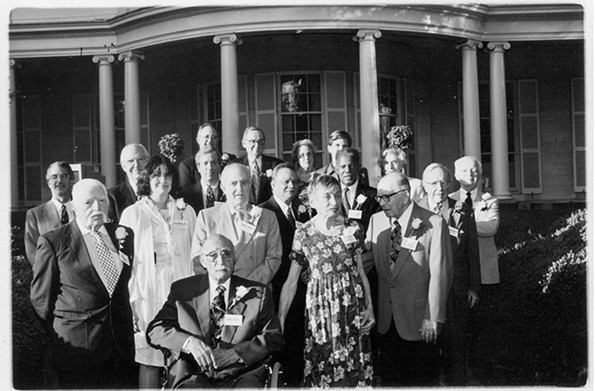 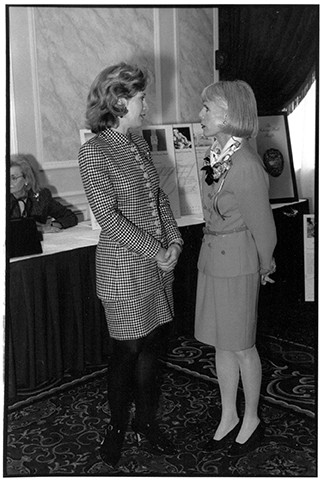 Patricia Rose Kluge of Charlottesville, at left, and Pamela Reynolds, a powerhouse fundraiser for the arts in Richmond, hobnob in this undated photograph from the early 1990s. Kluge, divorced from billionaire John Kluge, developed vineyards at her Albemarle County estate and promoted filmmaking in Virginia. Reynolds, a former Virginia Museum of Fine Arts president, raised millions for the institution. 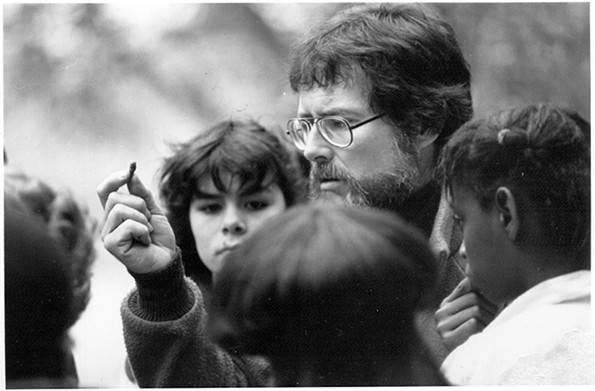 Environmentalist Ralph White is one of the most essential and beloved public servants in Richmond’s history. For 33 years until his retirement in 2013 he managed the city’s James River Park System. In May 1986, the native New Yorker was photographed in characteristic mode – as a teacher and inspiration to schoolchildren. Wrote Style Weekly: “He was the man who shaped a rough James River park system into a gem.”

Power couple Tim Kaine and Anne Holton with their three children, Annella, Nat and Woody, photographed by Stephen Salpukas when Kaine was Richmond mayor from 1998 to 2001. After terms as Virginia’s lieutenant governor and governor, he has served in the U.S. Senate since 2013. Holton is a former Virginia juvenile and domestic relations district judge and Virginia secretary of education. 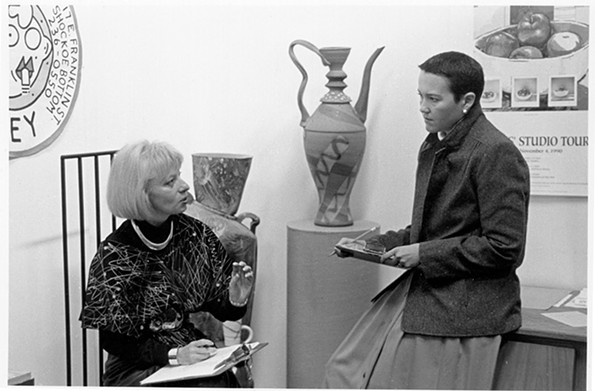 A longtime autumn cultural tradition, the Craft and Design show sponsored by the Visual Arts Center has been postponed until June, but in this early 1990s photograph, jeweler and Visual Arts board member Regina Carreras meets with artist Dinah Ryan at the center.

Perennial political candidate Shirley Harvey served one term on Richmond City Council from 1994 to 1996 during protracted arguments over placing an Arthur Ashe statue on Monument Avenue. She voted in favor but argued that time was being wasted not discussing such issues as education, economic development and crime. She also wasn’t shy in suggesting that evil spirits and conspiracies were afoot at City Hall.

Politico Joel W. Harris worked for both state and local Republicans and Democrats and served as a chief aide to Richmond Mayor Leonidas B. Young during his term from 1994 to 1996. Harris, shown here in front of the Lewis Powell Federal Courthouse on East Main Street, pleaded guilty in 1997 and was convicted for drug distribution and racketeering. 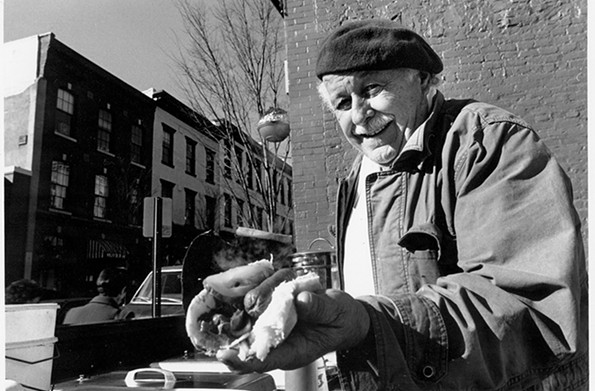 Enrico Banducci had sold hot dogs on the sidewalk fronting his Shockoe Slip building since 1988 when he was photographed in 1994. The native Californian and violinist, however, once owned the hungry i, a San Francisco nightclub that launched Lenny Bruce, Barbra Streisand, Woody Allen and Dick Cavett. He returned to the East Coast in the late 1990s and appeared in Tim Burton’s film, “Big Eyes”. He died in 20017 at 85. 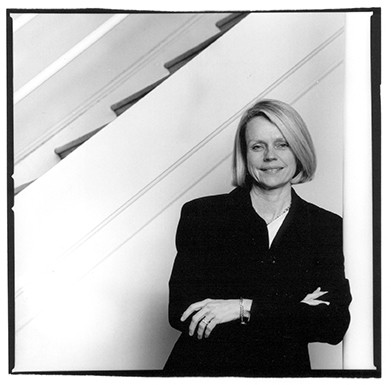 Beverly Reynolds, who opened the Reynolds Gallery in 1977, is pictured in her Fan District location at 1514 W. Main St. She was an effective advocate for contemporary art and a driving force in establishing the Institute for Contemporary Art at Virginia Commonwealth University. She died in 2014 at 68. Reynolds Gallery continues and a major gallery at the institute is named in her honor. Chad Hunt, photographer.

Dean of the Virginia Commonwealth University School of the Arts from 1976 to 1995, Murry N. DePillars, photographed in 1990, shaped the institution into one of the nation’s leading arts schools. A Vietnam veteran and accomplished painter, he was part of the Chicago African American Arts Movement before coming to Richmond. He died in 2008 at 68 and is remembered by hundreds of students as an inspiration and mentor, despite his relentless pipe smoking.

In 1966 local racing entrepreneur Paul Sawyer opened a modest, half-mile track, the Royal Speedway. For decades, he expanded and eventually built the 107,000-seat Richmond International Raceway. The NASCAR pioneer, photographed in 1992, died at 88 in 2005. 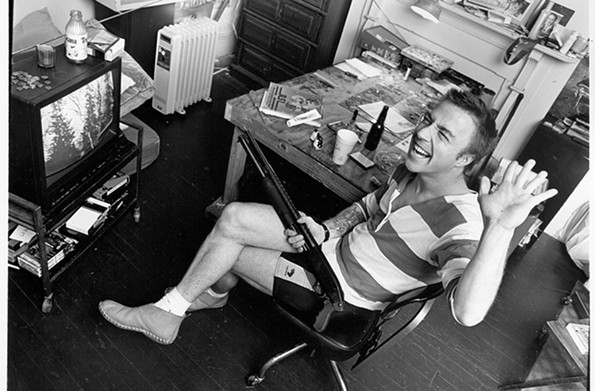 Dave Brockie, a founder and lead vocalist of Gwar, is pictured at home in May 1993. From the time the heavy-metal group was formed he portrayed Oderas Urungas, a figure purportedly 50 billion years old. Native Canadian Brockie died in 2014 at 50. He is memorialized in Hollywood Cemetery with a large marker. Photo by Jay Paul. 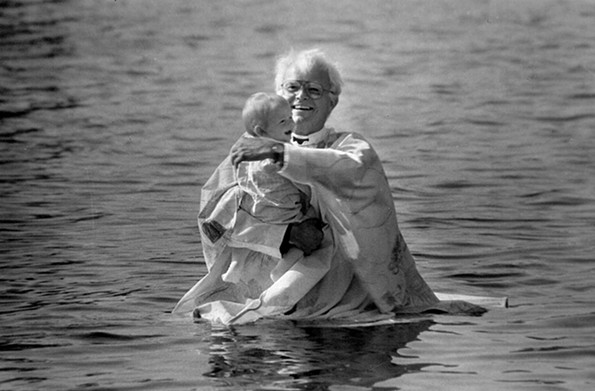 Craig Biddle III may have been the rector of New Haven, Connecticut’s Trinity Church on the Green before coming to St. Paul’s Episcopal Church here in 1977, but he obviously soon discovered Richmond on the riverfront as shown in this photograph of him officiating at an infant’s baptism in the James River. 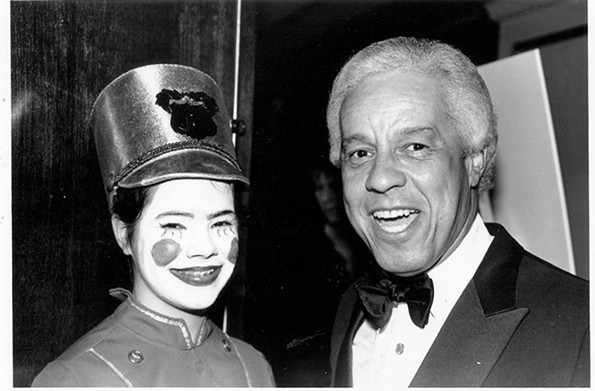 Toy soldier meets governor: Richmond Ballet dancer Julia Behringer shares a smile with Gov. Douglas L. Wilder during the holiday run of “The Nutcracker” in 1990. He served as Virginia’s chief executive from 1989 to 1993 and as Richmond’s mayor from 2005 to 2009.