Churchill, moonshine and the devil's drink: Richmond's history with alcohol.

by Edwin Slipek and Hilary Langford 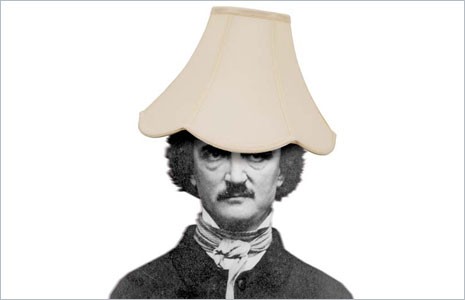 1606 The Virginia Company sets out on a five-month journey with passengers en route to Jamestown. A daily, per-person ration of a gallon of beer is provided. The low-alcohol content of the brew kills micro-organisms that swim in tamer stuff, making it safer than water — even for children.

1607 Jamestown settlers enjoy a very merry Christmas during the earliest recorded year that the eggnog was consumed.

1619 Alcohol use within colonial America was common, so you can imagine the disappointment when laws go down on the books about drunkenness in some of the first attempts to regulate America's new favorite pastime.

1623 Virginia prohibits public intoxication under penalty of a fine. Temperance Day is declared on March 5, 1623, by Gov. Sir Francis Wyatt and the colonial legislature.

1741 Tavern keepers are prohibited from selling the devil's drink on Sundays. This rule is later relaxed to curb liquor sales only during the hours when folks would be going to and from church.

1757 Despite earlier crackdowns on taverns, George Washington finally acknowledges that spirits are key to snagging the loyalty of voters when seeking a post in the House of Burgesses. As a result, he treats them to a liquor-drenched smorgasbord that includes rum, wine, punch and brandy, and toasts their participation in the electoral process.

During the American Revolution in 1781, Connecticut-born Benedict Arnold — the brilliant general-turned-legendary traitor — leads 800 of his British troops up from Charles City County into Virginia's new capital city. Gov. Thomas Jefferson and his government flee. Arnold sends a letter to the residents of Richmond and Manchester (which was then a separate town) that if all rum and wine supplies, along with other commodities, are delivered to him, he'll pay half the going price. Otherwise he'll set fire to the place. When Richmonders refuse to comply, he torches their town. Manchester goes unscathed.

Footnote: Despite gaining independence from England in 1781, the United States remains heavily dependent on imported goods. But relations with the mother country are again extremely tense in 1808 because of naval conflicts off the Virginia coast. In that year Richmond's council enacts a law that only American-produced liquor, no English, can be served at Fourth of July celebrations.

1788 Members of the recreational Quoit Club drink themselves silly by the river and consume copious amounts of barbecue, toddies and an alcoholic elixir they call "punch."

1797 George Washington sets up two stills at Mount Vernon and cranks out his first 80 gallons of whiskey.

It's every Virginia restaurant owner's nightmare to be denied a liquor license. This isn't new. In the South Side of Richmond in November 1814, grocer John Henry is hauled before a Chesterfield grand jury for selling booze without a license. At the same hearing white tavern owners William Archer, John McCollum, Samuel Sizer, John Rozell and an African-American, Robert Smith, are tried for the same offense.

Footnote: Half a century later it is still difficult to keep a handle on "spirited" South Siders. During the 1860s "riotous behavior" from drinking is cited in newspapers as a recurring problem, especially in the vicinity of the Danville train station on Hull Street near the Mayo Bridge. A Richmond Dispatch article reports that although one particular bartender there served more than 300 drinks in an evening, he had only 40 cents to show for it.

One-time Richmond resident Edgar Allan Poe joins the Sons of Temperance only to be seen with drink in hand just a few months later. Shortly thereafter, he dies after deliriously wandering the streets of Baltimore in an alcoholic haze.

It is the waning days of the Civil War. Early in the morning of April 3, 1865, after the Confederate government has fled Richmond for Danville, City Council orders that all liquor supplies be destroyed. Receipts are issued to vendors promising payment at a future date. Some 80 barrels are rolled out of warehouses near Cary and 14th streets. Bottles of brandy are thrown out of upper windows, smashing onto sidewalks. With axes, the barrels are smashed, and soon men, women and children, lured by the smell of alcohol, are in the gutters on their hands and knees scooping up the brew with hats or any available container. Later that day, while the Union troops enter the city, Richmonders offer them cups of water — and whiskey.

Footnote: In 1870, five years after liquor pours into the streets, Richmond officials still haven't settled with irate spirits distributors whose stock was destroyed. In March a city sheriff, acting in favor of plaintiffs B. Jones & Co. and W.B. Ratcliffe, seeks to settle the so-called whiskey claim by seizing all the equipment of the Fire Department. This gets the attention of city officials and they form a committee to settle the claim. Many years later the Virginia Supreme Court of Appeals rules against the distributors, citing that the seizure of the booze had been for the public good.