Looking back at Belle Isle's horrific past. 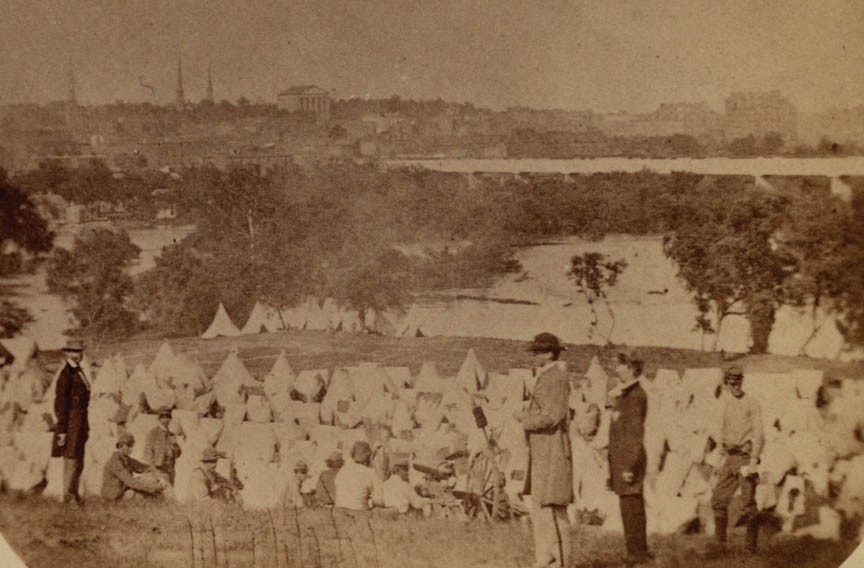 Belle Isle is a pleasant outdoor recreation spot on the James River. The 54-acre island offers commanding views of white-water rapids, running and biking trails, and historical memorials reachable by a narrow passageway held by cables under the colossal Robert E. Lee Bridge.

But for more than two years during the Civil War, from 1862 to 1864, Belle Isle was a notorious prisoner of war camp holding Union soldiers. About 30,000 prisoners are believed to have passed through the island compound, which rivaled Georgia's Andersonville prison as the South's most heinous POW camp.

Conditions were horrific at Belle Isle, although historians are uncertain about the death toll. John Coski, a historian at the Museum of the Confederacy, says he's trying to assemble accurate numbers regarding Union prisoners, the sick and the dead.

Some of the dead were taken to a national cemetery, Coski notes, but "there were outraged reports in the Northern press immediately after the war about bodies being washed into the river because the burial ground was so close to the water's edge."

If so, the death toll was considerably higher, but there's little disagreement about the prisoners' treatment. Underfed and ill-clothed troops huddled together like hogs to stay alive in tents or makeshift buildings during frigid winter nights. Photographs of inmates showed living skeletons festering with boils. 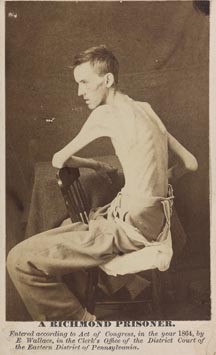 "The great majority of these men were in a semi-state of nudity," reported De Witt C. Peters, a Union Army assistant surgeon, when he examined 250 paroled Belle Isle inmates in Baltimore in 1864. They suffered conditions such as chronic diarrhea, scurvy and frostbite.

"Many of them had partially lost their reason, forgetting even the date of their capture and everything connected with their antecedent past," Peters wrote. "They resemble, in many ways, patients laboring under cretinism."

The spirits of the dead may remain among the island's trees and twisted vines within sight of Richmond's modern skyline. Local author Beth Brown, who wrote "Haunted Battlefields: Virginia's Civil War Ghosts," is said to have picked up a male voice on the island crying, "Where are we?" There also have been tales of mysterious images appearing on film when a photographer aimed at another subject.

Contacted at her home, Brown said she'd rather not discuss Belle Isle or the paranormal. "I am trying to get past that," she says.