The Virginia Arts Festival kicks off with the Dance Theatre of Harlem. 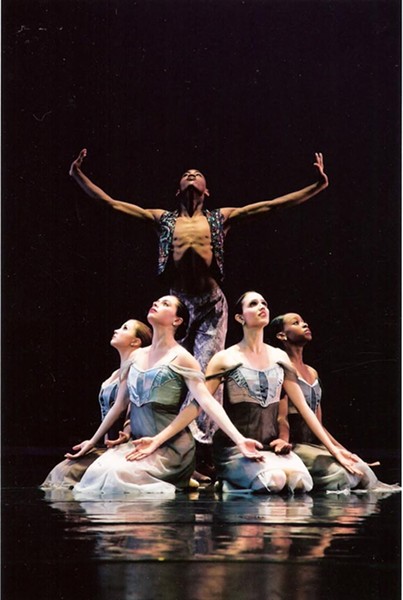 For a few weeks this spring, Hampton Roads will be a small dance Utopia — a place of free cultural exchange and world-class artistry, and with nary a swan in sight. Four companies will grace stages in Norfolk, Portsmouth and Virginia Beach, and each troupe will be worth a separate trip for Richmond dance lovers: Dance Theatre of Harlem Ensemble, Danza Contemporánea de Cuba, the Alvin Ailey American Dance Theater and Philadanco.

While Ailey and Philadanco are great, the first two companies merit mention for the reverberations they're causing in the national scene.

Danza Contemporánea de Cuba's May 6 performance in Virginia Beach will mark the company's U.S. debut. In 1959, Ramiro Guerra — who had danced in the states with the Martha Graham Company — founded the Conjunto Nacional de Danza Moderna, which later became the government-funded Danza Contemporánea de Cuba. The company's style, a tantalizing blend of modern, Afro-Caribbean and classical idioms, promises a compelling performance — the first of only three on the American tour.

Dance Theatre of Harlem was founded in 1969 by Arthur Mitchell (the first African-American principal with the New York City Ballet) and Karel Shook, and became the first — and so far only — major professional, classical ballet company composed of predominantly black dancers. To the dismay of many, the Harlem theater went on hiatus in 2004 due to financial difficulties, though the school continued to function. But the company left a gap in the dance field that modern companies such as Ailey and Philadanco could not fill. (For a good discussion of this issue, see "Where Are All the Black Swans?" a 2007 article in The New York Times.)

Three years ago, however, it formed the Dance Theatre of Harlem Ensemble, composed of students from the school, to develop performing skills and experience for the dancers it hoped would become the eventual core of a revived company. Under the current artistic direction of Virginia Johnson (a former Harlem Dance member herself) and the executive leadership of Laveen Naidu, the ensemble has shifted from lecture-demonstration style performances in small venues to full concert dance engagements. "That's what you're going to see in Norfolk," Johnson says.

The works will include a signature piece choreographed by Mitchell, "Fete Noir," in which Johnson herself danced "back when I was dancing with the company all these years ago." More recent works include "Episode," choreographed by former Pilobolus dancer Peter Pucci, and "Six Piano Pieces," by David Fernandez.

And what about the return of the professional company? "We actually have a date," Johnson says. They'll audition dancers in January and are pushing for a 2012 launch.

Meanwhile, she says, "There are two main things that we need to do. One of them is to develop these dancers, grow them into really fine artists. And the other thing is to return the visibility of Dance Theatre of Harlem to the country. It's been working really well. We had a performance [recently] in Washington, D.C., and we were completely sold out. People were really excited about the idea of seeing Dance Theatre of Harlem again. So it is an important signifier that we're on our way back." S

Dance Theatre of Harlem Ensemble will perform April 21 at 7:30 p.m. at the Wilder Center at Norfolk State University. Danza Contemporánea de Cuba will appear May 6 at 8 p.m. at the Sandler Center for the Performing Arts in Virginia Beach. The Alvin Ailey American Dance Theater will put on three performances May 13-14 at 8 p.m. and May 15 at 3 p.m. at Chrysler Hall in Norfolk. Phildanco will appear May 19 at Willett Hall in Portsmouth at 8 p.m. For tickets and information, visit vafest.org.