A centennial party looks back at Broad Street Station 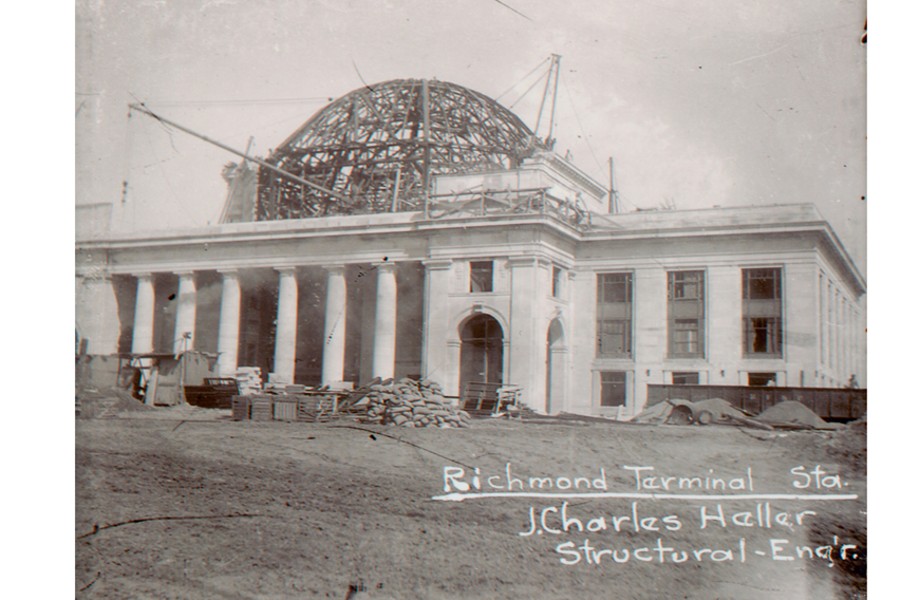 Science Museum of Virginia Broad Street Station served the passengers from several railroads from 1919 to 1975.

Elvis came through. So did Winston Churchill and Dwight Eisenhower.

And on April 22, 1943, the busiest day of its 56-year run as a union terminal — a facility shared by two or more separate railway companies - Broad Street Station saw 33,324 people pass through its concourse.

"This place was Dulles airport-busy before there was a Dulles airport," jokes Rich Conti, the chief wonder officer, aka as director of the Science Museum of Virginia. The neo-classical building has stood on Broad Street for a century.

The first train rolled out of Broad Street Station on Jan. 6, 1919, and to celebrate, the building's current owners, the Science Museum of Virginia, are throwing themselves an anniversary party with cake, art activities, tours and trains.

Originally dubbed Union Station — and it's that moniker that remains incised on the front of the building — Richmonders never took to the name, calling it Broad Street Station almost from the beginning.

The commission for the building's design was awarded to John Russell Pope and is one of his first designs before going on to design such neoclassical edifices as the Jefferson Memorial, the West Wing of the National Gallery of Art and the National Archives building. Interestingly, Pope's original design did not include the iconic dome, which was struck by lightning in 1951 and underwent a major restoration.

Conti says many people may be surprised to learn that trains didn't pull up to the station. "They took advantage of the grade change from Broad Street to the back of the property and had the trains go underneath the station," he explains.

World War II saw thousands of military personnel come through its doors, eventually necessitating a servicemen's information booth be installed in the rotunda to help them navigate the city. Beyond the train tracks out back sat a steam plant that supplied the floor heating and had rooms for train personnel to sleep in when necessary.

"When you came to Broad Street Station, you knew you were going somewhere," Conti says of the expansive building that saw countless farewells and reunions. The original interior wasn't heated or cooled, although heat came up through the floors to warm the oval wooden benches in the rotunda and concourse.

The last passenger train left Broad Street Station on Nov. 15, 1975, and the following year, the Richmond, Fredericksburg and Potomac Railroad sold the station to the state. The Science Museum of Virginia opened in 1977, utilizing just one room for its first permanent exhibit, the Discovery Room.

Previously, it had been the room where African-American passengers bought tickets, used restrooms or the water fountain and waited for their boarding calls, although they weren't allowed to proceed through the concourse, but had to walk outside and around back to board the train.

The Broad Street Station Centennial is already being celebrated with an exhibit, "All Aboard," featuring vintage photographs, including one from 1956 of Elvis walking toward the front doors to get a cab, and original Broad Street Station artifacts. "Rocky Mountain Express," a film that combines a steam engine train ride through the Canadian Rockies with the history of the nation's first trans-continental railway, screens in the Dome. Throughout January, the Science Museum's weekly Lunch Break Science lecture series will feature informational talks on railroad topics as well as about the station.

The day of the celebration, guests can participate in hands-on Art Lab activities creating a 3-D paper model of the station or attend a plaster workshop in the Forge, recreating the rosettes on the Rotunda walls. They can check out a demonstration of how steam engines work or take a Broad Street Station architecture walking tour. Guided and self-guided tours of the trains in the museum's collection will also be offered, along with rides on the Teddy Bear Express. The anniversary cake, shaped to resemble the station, will be served just before the countdown to 1:07 p.m., the time the first train pulled out.

For the many Richmonders who have memories of traveling to and from Broad Street Station, memories will be recorded and stored in the museum's archives.

Cake and activities aside, the 100-years-in-the-making celebration offers insight into one of Richmond's iconic places, one where signs saying "News & Cigars," "Boarding" and "To Trains" still confuse first-time visitors.

According to Conti, "It's important for people to know how this building has been connecting the community, first as a train station and then as the Science Museum of Virginia, for 100 years."