Marijuana will be legal in Virginia on July 1. Here’s what is and isn’t permitted under the new law. 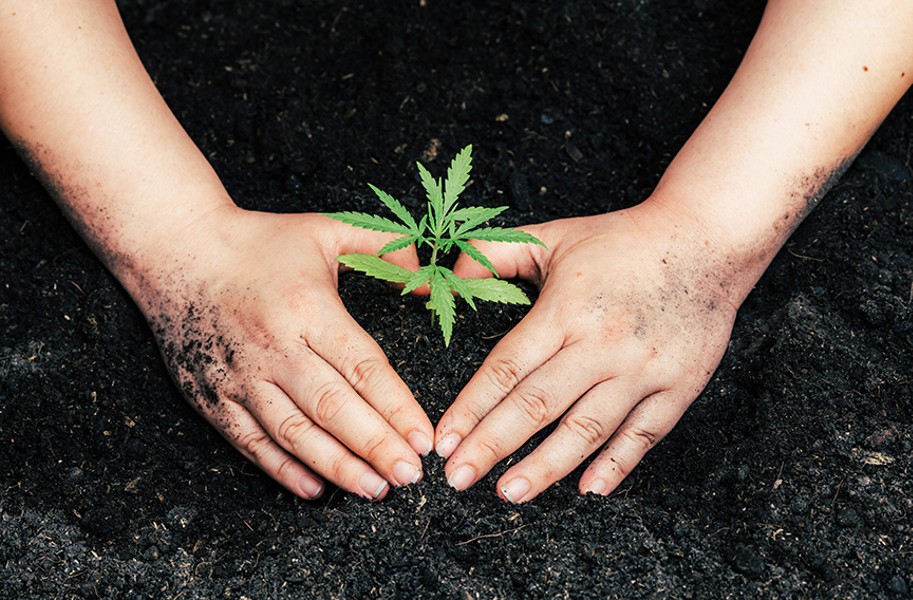 On July 1, Virginia becomes the first state in the South to legalize marijuana.

“The time has come,” said House Majority Leader Charniele Herring, D-Alexandria, as the legislation she sponsored passed earlier this year.

It’s a development that even the most ambitious stoners would have struggled to predict in a state where, until last year, the criminal code was overseen by a committee of law-and-order Republicans adamantly opposed to ending prohibition. But while criminal justice reform advocates and marijuana enthusiasts alike are celebrating, the new law comes with some significant caveats.

The biggest is that retail sales aren’t scheduled to begin until 2024 and, until then, the only legal way to get cannabis for recreational purposes will be to grow it yourself or receive it as a gift from someone who does.

Here’s what you should know to stay on the right side of the law. While sales of the drug are illegal, the legislation permits giving up to an ounce of the drug to any adult. And lawmakers stressed that when they say gifts, they really mean gifts. The bill attempts to explicitly prohibit the kind of transactions that have become common in Washington, where the drug is also legal but sales are limited, which led scores of businesses to begin selling legal products at high prices that – totally unrelated, they swear – come with what is described as a gift of marijuana.

For people younger than 21, penalties remain. A first offense is punishable by a $25 fine and mandatory substance abuse treatment or education, though it’s not yet clear how those programs will work and how intensive they will be.

Also illegal under the legislation: consuming the drug in public or offering it to people in public, as a gift or otherwise. First offenses are also punishable by a $25 fine, a second offense would add mandatory drug treatment and a third offense would constitute a Class 4 misdemeanor. And possession on the grounds of a public school while it’s open would constitute a Class 2 misdemeanor.

“This is not going to generate some ganja fest at Jiffy Lube pavilion out in the parking lot, because that is smoking in public,” said Sen. Scott Surovell, D-Fairfax. “Because just like you can’t drink in public, you can’t smoke in public under this.” In an effort to address the difficulty of pursuing driving-under-the-influence charges, which unlike alcohol can’t be proven with breath or blood tests, the legislation also creates a presumption that a person has consumed marijuana if an open container is found in the passenger area of a vehicle.

But the legislation defines an open container as “any vessel containing marijuana except the originally sealed manufacturer’s container.”

With retail sales delayed until 2024, what does that mean for people transporting a legal amount of marijuana in a Ziplock bag or other common container?

You should probably keep it out of your vehicle’s passenger area and in your trunk, according to Jenn Michelle Pedini, executive director of Virginia NORML, the state chapter of the National Organization for the Reform of Marijuana Laws: “The considerations were based on retail cannabis, and that’s why you see these gaps in the code” they said.

Claire Guthrie Gastañaga, who until recently served as executive director of the American Civil Liberties Union of Virginia, agreed. “That means marijuana in any other container other than a currently nonexistent manufacturer’s container will be considered as being in an open container now and in the future,” she said. The law allows people to cultivate as many as four plants per household, provided they aren’t visible from a public street and precautions are taken to prevent unauthorized access by minors – though the bill doesn’t specify what those precautions should entail.

The law requires each plant be tagged with the grower’s name, driver’s license or state identification number and a notation that it is being grown for personal use.

People caught with more plants than legally allowed face escalating penalties, which rise from a $250 fine for between four and 10 plants to felony charges for more than 50 plants.

Like the open-container rules, the home-grow provisions present some ambiguities. First, there’s no legal way to purchase seeds or cuttings, though they could be given as gifts under the law. Pedini said the state’s licensed medical growers faced a similar dilemma when their operations began last year, but noted the licensed growers have nonetheless been able to obtain plants. Regulators apparently adopted a don’t ask, don’t tell policy.

Second, the prospect of growing four plants is at odds with the possession limit of one ounce. As Sen. Bill Stanley, R-Franklin, noted during a floor debate, one plant could easily produce several times that amount.

“Are we not creating a criminal act by growing one plant?” he said, citing information he attributed to a website called “I love growing marijuana.”

The bill’s senate patron, Adam Ebbin, D-Alexandria, said he didn’t have a good answer, but doubted many would-be cultivators would successfully grow more than an ounce [for notes on how to grow, see sidebar].

Advocates say that while the issue merits caution among people who choose to grow marijuana, they don’t think it will be a problem in practice. Pedini said the language limiting possession to one ounce applies only to amounts held on a someone’s person or in public: “The legislative intent is to prohibit you from walking down the street with more than an ounce of it.”

And Gastañaga said she believed the authority to grow four plants would override the possession limit. “So, if you are growing in your home and complying with the provisions governing home grow, and you are not out in public, then I think the one-ounce limit doesn’t apply to what you have in your home,” she said. 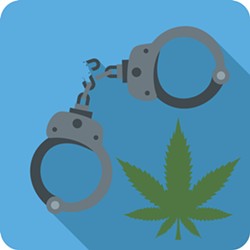 The legislation also provides for the automatic sealing of past misdemeanor marijuana convictions and creates a petition-based process to allow people convicted of more serious charges to clear their records.

However, because those efforts will require updating state computer systems as part of a broader expungement initiative, it’s unclear when they will go into effect.

Lawmakers discussed but delayed until next year a decision about allowing people currently serving jail and prison sentences related to the drug to petition a judge to be resentenced. Lawmakers who supported the bill called it an oversight and blamed it on the last-minute way the bill came together.

It’s unclear how many people are currently imprisoned on marijuana charges who would have faced lesser penalties under the new law, but data compiled by the Virginia Criminal Sentencing Commission suggests the number is not insignificant.

Over a two years ending July 1, 2020, just over 1,000 people were charged with distribution of more than a half ounce and less than five pounds of marijuana – a charge that is often brought based on possession of large amounts of marijuana, which will soon be subject only to minor penalties.

“That was urgent to me, because now we’re going to be in a situation where you’ve got people still sitting in jail for the very thing that we’ve already legalized,” said Sen. Louise Lucas, D-Portsmouth, who co-sponsored the legislation. “It makes no sense to me.” 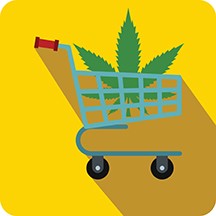 Throughout the legislative debate, lawmakers steadfastly maintained they did not want to rush into opening the legal marketplace, setting a 2024 date they say will give them plenty of time to establish new rules and regulations.

For now, they’ve put off decisions about what those rules might look like until next year. Outstanding questions include how licenses will be distributed and how much say local governments will have in where pot businesses locate.

They also declined to give permission to the state’s existing medical marijuana producers to begin retail sales early, worrying it would give the companies too much of a leg up when the marketplace opens.

The Democrats who carried the bills through the General Assembly have emphasized a regulatory program that will direct licenses to minority communities that faced disproportionate drug enforcement during prohibition, though again, those details will not be finalized until next year.

The final bill came close to delaying nearly all its provisions until 2024, but Democratic Gov. Ralph Northam sent the measure back to the legislature to speed the legalization timeline following an outcry by activists.

Those amendments briefly appeared to be imperiled by infighting among Democrats, but ultimately passed in the final hours of the legislative session with Democratic Lt. Gov. Justin Fairfax breaking a tie vote.

No Republicans voted for the bill. Some had voiced support for the measure, but said they opposed pro-union language inserted by Northam, though that amendment will not become effective unless it is approved again next year.

Other GOP lawmakers questioned the wisdom of abandoning the earlier version of the bill, calling Northam’s amendments a train wreck.

“One of the reasons I support making it come into effect soon is if we don’t, and we have to wait another three years, I’ll be in my 80s before I can do legally what I was doing illegally in my 20s,” said Sen. Janet Howell, D-Fairfax.

This article, not including the sidebar, was originally published by the Virginia Mercury, a Richmond nonprofit, nonpartisan online news outlet covering state government and policy.