A Break for the Ballpark?

The city, Squirrels and VCU say they're working on a new stadium on the Boulevard. 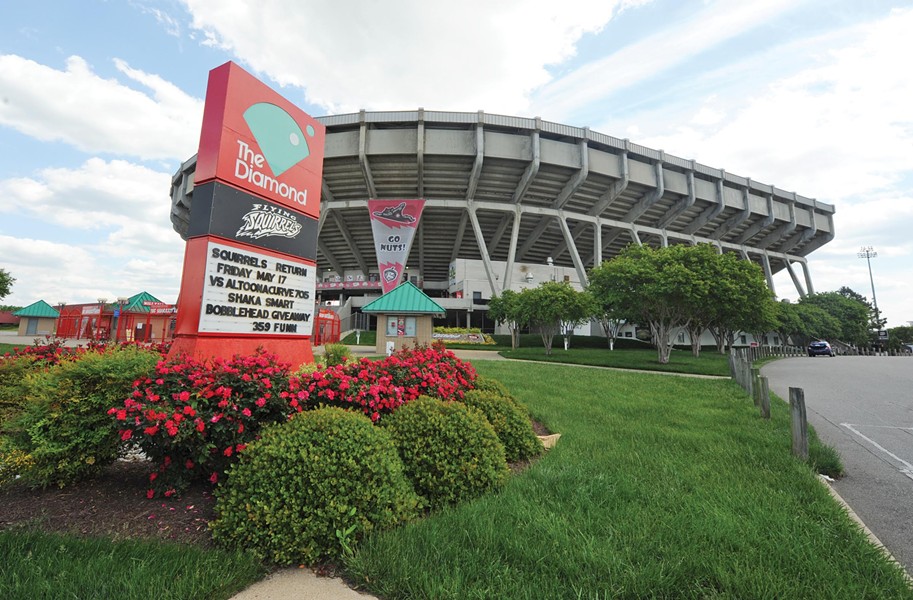 The Flying Squirrels may still continue to play ball in the city, but it’s clear that Mayor Dwight Jones sees no future for baseball at The Diamond.

The mayor, the Squirrels owners and Virginia Commonwealth University are working together to find a new location for a stadium outside of the 60 acres of city-owned real estate on the Boulevard, they said in a joint announcement today.

Who would pay for what? That's unclear. "The partners emphasized that a new ballpark would likely be funded primarily by the ballpark’s users," they said in the release.

All parties said that they would provide the public with a progress report on the search in about three months. During that period, the city plans to issue a request for qualifications from national real estate partners and engage with regional partners.

The announcement comes after findings from a consultant's report to determine the best use of the Boulevard site, which indicated overwhelmingly that Richmonders support a mixed-use development approach that includes baseball.

Mayor Jones also said that the city intends to extend the Squirrels’ lease for another year, to end on Dec. 31, 2018.

Lou DiBella, president of the Flying Squirrels, indicated that the move was a positive gesture from the city.

“This new initiative may very well serve everyone’s interests, particularly the community’s, while allowing the Squirrels to stay in our hometown,” DiBella said. “It feels like we’re closer to a solution than ever before.”

VCU has a stake in the agreement because its baseball team plays at The Diamond under a sublease from the Squirrels. But Ed McLaughlin, VCU athletic director, said that the facility isn’t ideal for his team’s future needs.

VCU president Michael Rao also praised the partnership: “VCU and the Squirrels have a great sports partnership, and we are excited about moving toward a new ballpark in Virginia’s capital city that enables our teams to compete at the highest level and improve the fan experience at our games."

News and Features
Prev
Next