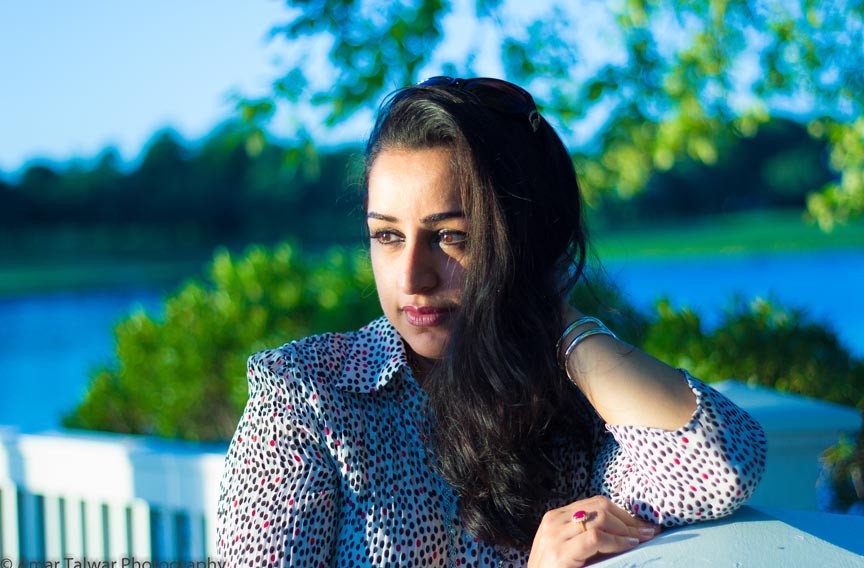 The living room is set up like an intimate performance space, with brightly colored pillows to sit on, and the earthy aroma of sandalwood oil and spiced chai tea in the air. The barefoot guests, who are of all ages, take their seats.

Music enthusiast Carl Hamm, known locally as DJ Carlito, is at the Midlothian home of a Pakistani friend he made through his popular Bollywood dance nights. They're about to watch a rare live performance of ghazal music — hypnotic songs built around ancient Arabic poetry, usually extolling the beauty of love in spite of loss or separation.

Hamm had bought ghazal records in New York, he says, but had never seen it performed live — much less by a Richmonder, a mesmerizing Mumbai, India, transplant named Poojaa Shah Talwar.

"As I listened, I felt myself being drawn in somehow emotionally, even though I didn't understand the words [sung in Urdu]," Hamm recalls. "Seeing the blissful look on my face, a nice gentleman sitting on the floor next to me took it upon himself to start translating the sad, beautiful and clever lyrics by whispering the English equivalent quietly under his breath."

Amazed, Hamm introduced himself to Talwar afterward, learning that the 38-year-old had moved to Richmond in 1999 with her family. Poojaa, as her fans know her, is a member of the Hindu temple off Springfield Road, where she sings devotionals on the second Sunday of every month. Because her husband is a Sikh, she's also a regular visitor to the Sikh temple at the Gurdwara off Chippenham Parkway. As Hamm discovered, she has an interesting musical pedigree.

Talwar began learning music from the age of 8 at the behest of her father, studying under Vijay Singh Chauhan. She received her "Visharad" bachelor's degree in Hindustani classical music from Gandharva University. When she was 23, her father's doctor heard her sing at a concert and got word to a man nicknamed the King of Ghazals, Jagjit Singh, who has millions of followers, and who agreed to take her on as a student. "It would be like Michael Jackson calling you," she says of being invited to his Mumbai recording studio. "The phone almost fell out of my hand."

For two years, the legendary singer gave Talwar voice training and imparted the best practices for recording and performing. She spent a year learning Urdu to understand the words and convey the feeling of the lyrics. "It's important for a ghazal singer to understand the underlying thought in the poetry," she says.

She recorded with master musicians on "private albums" in India — basically any albums not associated with the Bollywood film industry — and began performing concerts that included many of Singh's bhajan (devotional) concerts with his own talented musicians.

When she moved to Richmond, her career went on hiatus. She started teaching classical Indian music to local children through private lessons. Eventually she started performing again, though she struggled to find local musicians to play ghazals. "It requires musicians to be very open and pick up with the ear," she says. "I improvise quite a bit." Talwar's husband, Amarjeet Talwar, accompanies her on tabla, or Indian percussion, and they've added a guitarist from Maryland.

She began composing ghazals again about six years ago. Her most recent single, the soothing ballad "Gham Ke Saaye," has been available since the summer on iTunes, Amazon and Spotify.

"Every verse in a ghazal is a story in itself," she says, explaining that this one contains three verses that alternate between realism, sarcasm and romance. "It's mostly about how in bad times, some people take it easy and smile, and some people break down."

Talwar says the large Pakistani and Indian community in Richmond and Washington has supported her. She's performed fundraising such as a Haiti relief concert and another for the Gujarat earthquake in India. She recently was invited to the South Asian Film Festival in Washington, where she performed a ghazal concert for many Bollywood personalities, receiving her introduction from the well-known actor Farooq Sheikh. Her Facebook page has more than 10,000 fans.

But her primary goal is keeping the ghazal genre alive for the next generation — and it won't be easy. Many of the pioneers are dying out, she says, and younger generations are not learning Urdu or the importance of classical music. In particular, she worries about young children singing inappropriate Bollywood songs on stage, inspired by the new "Junior Indian Idol" reality television show. She offers as an example the catchy song, "Bidi Jalaele" which means "blow a cigarette" in Hindi. Many of the kids living in America don't understand the meaning and simply are attracted to the tune, she says.

"There is so much competition and parents are instant-gratification hungry," she says. "Some kids are very talented, but the parents miss the innocence of the child and push them over the edge. They need to enjoy their childhood, while still keeping an eye on their development." S

"Tribute to Ghazal Genre" in memory of Jagjit Singh will be held Oct. 11 at the Wyndham Hall, 6401 Old Wyndham Drive in Glen Allen. Dinner is served at 6:30 p.m. and music starts at 8.