Virginia Opera's "Hansel and Gretel" is a Grimm reminder.

by Rich Griset and Matthew Griset 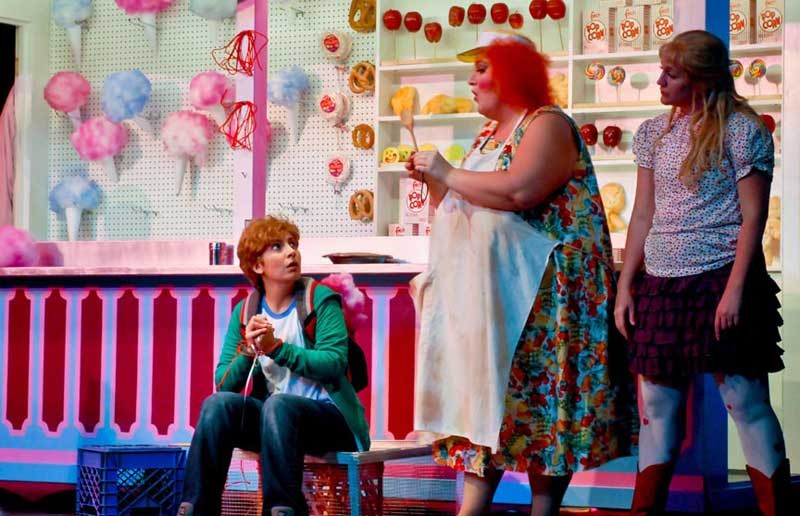 When people liken a blissful occasion to a fairy tale, it's always good to wonder to which stories they refer. Are they talking about the tale in which a little girl and her grandmother are hacked out of the stomach of a wolf with an ax? The account of a mermaid constantly in pain and unable to speak so she can walk on land? What about the story of two children nearly getting eaten by a witch in a confectionary house?

The Brothers Grimm compiled many of these dark tales, and in 1893 German composer Engelbert Humperdinck adapted "Hansel and Gretel" into an opera. In an inventive reimagining of the work, the Virginia Opera has moved the classic fairy tale into the present. Arriving onstage in a real station wagon, the characters appear as German-American nomads, peddling vacuum cleaners instead of brooms.

The show stars Karin Mushegain as Hansel and Julia Ebner as Gretel. Both singers' tone qualities give the impression of purity and effortlessness. Their tuning with the orchestra allows for completely consonant harmonies. Ebner has a nice vibrato and placement on her high notes, but needs to better resonate certain words in her mask. Mushegain needs to pronounce ending consonants for better comprehension, but she has nice dynamic control.

Margaret Gawrysiak is effective at singing trills in her double-duty roles as the Witch and the children's mother, Gertrude. Jason Abrams has good pitch control as the counter-tenor Sandman, and Eric Greene has a very full and comprehendible voice as father Peter.

The Virginia Symphony Orchestra, under Gerald Steichen's baton, sometimes overpowers the singers, such as with Greene's performance offstage in the first act. Kevin Newbury's direction takes the opera into a wondrous dreamland of cotton candy and red balloons, with Mimi Lien's scenic design and D.M. Wood's lighting design furthering that vision. The entrancing fantasy at the end of Act II is worth the price of a ticket alone.

While it might not have all the trappings of a larger-scale opera such as "Aida," Virginia Opera's "Hansel and Gretel" is a wonderfully dark offering. S

Virginia Opera's "Hansel and Gretel" plays Nov. 25 and 27 at CenterStage. Tickets are $31-$111. For information call 866-673-7282 or visit vaopera.org. This review is based on the opening-night performance in Norfolk earlier this month.