74-Year-Old Dad Has Another Shot at Super Bowl 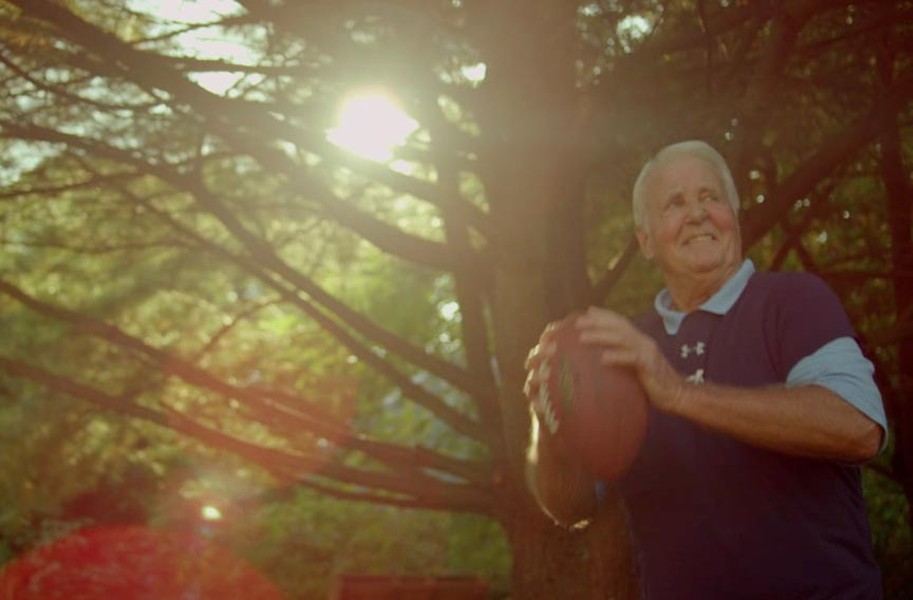 Lucas Krost With a tribute to his 74-year-old, football-playing father, Richmond filmmaker Lucas Krost is another step closer to seeing him featured nationally in an NFL Films competition.

Local filmmaker Lucas Krost started shooting video of his father about 10 years ago. He didn't have a grand plan. He just wanted to get to know his dad better — his parents were divorced — and Krost makes movies, some of which are screened in Cannes, France, and win $100,000 documentary prizes, and so, there you go.

"My Dad grew up here," Krost says. "He went to Douglas Freeman High School. He played football there and at Randolph-Macon and then for Richmond's semipro teams, the Rebels and the Vikings. He tried out for the Baltimore Colts and —-"

His father, Lee Krost, picks it up from here:

"I get a call from the Colts and they said, 'We want to give you a tryout,' and I had a shot, except they had this guy … Unitas."

That would be Johnny Unitas, known as the Golden Arm, who became a record-setting star quarterback for the Colts.

Lee Krost is almost 75. He lives in Connecticut where he's quarterback for a flag football team made up of men five decades younger. He's still throwing bullets. "I hate to brag," he says, "but I'm lighting it up, baby."

And the story? A month ago, Lucas Krost's brother says "Hey, there's this NFL short film competition about the love of the game. NFL Films chooses 10 finalists and turns them into short features." Krost's tribute to his football-loving, still-playing father is one of them.

In the film, Lucas says, "I think a lot of people might look at a 75-year-old man walking out on a field as oh, that's accomplishment enough and he says. …

"Not many people have the gift I have," he says. "I have a father I can still go throw the football with in the backyard. He's out there throwing the ball with my boys and I'm right there with them."

The 10 finalists' features are posted at TogetherWeMakeFootball.com. Viewers can vote for their favorite through Dec. 23. The top five vote-getters win trips to the Super Bowl and will be featured in a nationally televised NFL Films documentary. You can vote every day once a day, Lucas says.

Do it for Lee. He's out there to win.