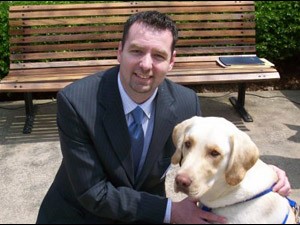 Richmond talk-radio station WRVA-AM 1140 has tapped Leland Conway as its new afternoon host from 3-6, replacing Doc Thompson. Conway will be based in Richmond, sandwiched between the syndicated Rush Limbaugh and Sean Hannity. Before he hits the mic April 9, Style Weekly asked him a few questions by email:

Style: Your blog says your family consists of dog people. So, tell me about the dogs.

Conroy: Our dogs are a very important part of our family. The thing we love most about dogs is that they love unconditionally. The welcome you get when you come home after a tough day is always the same and it's always uplifting! Their names are Copper (a Whippet/Coon Hound mix), Riley (A Corgi/Hound mix) and Bandit, (a Whippet/American Eskimo mix.) They are an absolute blast! High energy and they keep us moving!

Rush was right about there being no reason to force insurance companies or religious organizations to provide free contraceptives. But he was absolutely wrong to attack Sandra Fluke personally. His apology was well warranted.

What’s your favorite thing to talk about on the radio?

Like most people, I have a wide variety of interests. I pretty much see myself as a hard-working American trying to build my American Dream. I love to talk about the stories that detail the challenges or successes that we all face in achieving that dream.

It’s definitely the economy and the out of control growth of government. Without economic freedom, we don’t really have freedom at all. Bigger government requires bigger chunks taken out of the proceeds of our hard work which means less economic freedom. The national debt is out of control, and neither party seems all that serious about addressing it.

What’s your highest praise and biggest criticism of President Obama?

My highest praise of President Obama is that he has done some good work in education. I agree with him that we should have more accountability in our schools and in how we assess the success of schools and teachers. I would however, like to see him show stronger support for more local control of schools, charter schools and school choice.

My biggest criticism of him is that he seems completely out of touch on the economy. Particularly on his energy policy. He talks a big game on energy now, but his administration has done more to impede our access to cheaper energy than any other administration in history. The American economy needs access to cheap energy in order to grow. His policies are leading to much higher energy costs, which drive up prices on everything.

The down to earth people and the hospitible culture in Kentucky are very special to me. But the time I’ve spent in Richmond over the last few weeks has shown me that Virginians are very similar in their approach to life. That is going to make the transition very easy.

How will you balance local and national content, and how deep will you get into local affairs on your show?

My motto in radio has always been “the national shows can’t do that.” Meaning, Rush, Hannity and Beck are all really fantastic at covering the important national issues, but they can’t zoom in on your local daily life. They can’t talk to the mayor, city officials or state legislators. When I do national stories, I like to find a way to connect it locally -- how does it affect the listener? How does is alter, change or improve their daily life? If it doesn’t pass that litmus test, I don’t want to talk about it. Obviously, I’ll need to learn my away around some of the local issues, but since I’m now a Richmonder, the issues that are important in Richmond are important to me as well. We’ll focus mostly on local issues or localizing national issues.