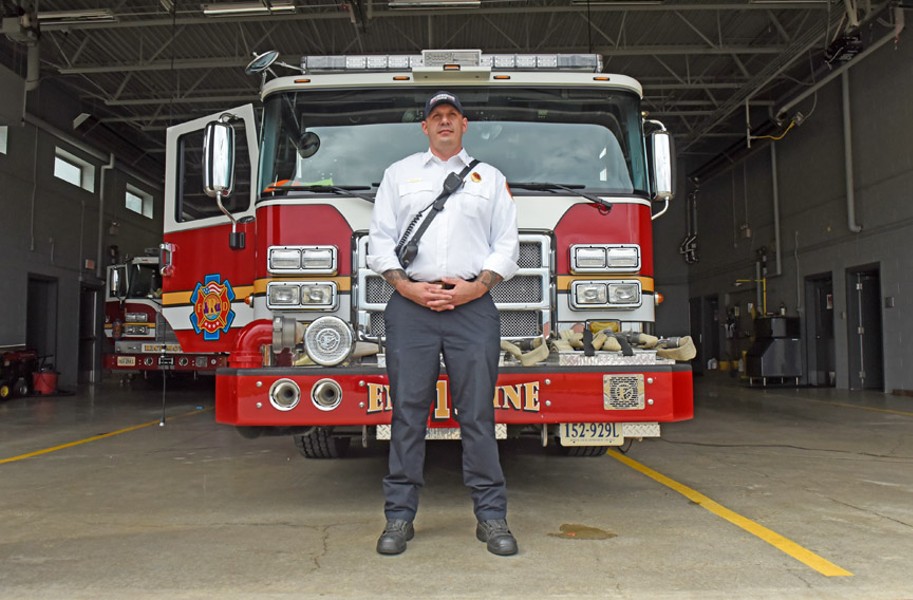 At the age of 21 Steven "J.R." Hall Jr. joined the Richmond Fire Department at the suggestion of his leadership in the Army Reserves. Now, 17 years later, he's a lieutenant and internationally trained fire safety officer, but that's just the start of this civil servant's impressive credential list. While keeping his firefighting job that requires 10 shifts of 24 hours in a row a month — he returned to school and earned a master's degree from University of Richmond, developed operational improvements for the Fire Department across the city, earned lifesaving medals and ribbons, and that fire-safety officer designation? He's the only firefighter in the city to earn this training distinction. "I try to have the best training possible to take as many opportunities as I can," he says. "I try to be better today than I was yesterday, so the service I provide tomorrow is better than today." His mission now, when he's not supporting his family or working with the Scott's Addition Boulevard Association, is to show taxpayers what value they can get out of the Fire Department beyond putting out house fires.

"We want to prevent things before they happen," he says, so he's worked to expand and inform residents about the other tasks the department handles — car-seat inspections, installing smoke detectors and checking space-heater distances. "I hope people come to understand the Fire Department is a partner in their safety and managing their risk rather than just being someone they call in emergencies."