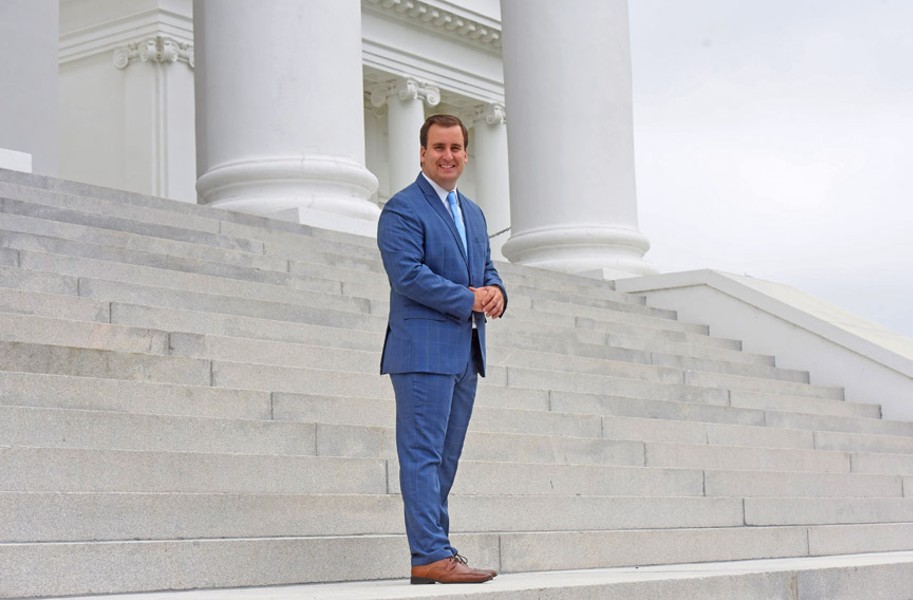 It wasn’t easy for Parker Slaybaugh to leave broadcast journalism, his job for six years.

At WRIC Channel 8, where he was a reporter for four years, he investigated an economic development plan in Appomattox County that turned into a million-dollar scam and won a regional Emmy award this year for a piece on the restoration of the East End and Evergreen cemeteries — a career high point.

He even met his fiancee, Madelaine Spangler, while working on one of his first stories at Channel 8, a light piece about New Year’s Eve plans set at F.W. Sullivan’s in the Fan. They plan to wed next May.

But after his mother suffered a stroke last year — she recovered to attend the Emmy ceremony in June — Colonial Heights native Slaybaugh says, “I didn’t want to keep sacrificing my family life to chase a career goal.”

As communications director for Republican Delegate Kirk Cox, who has been voted the new speaker of the House of Delegates, Slaybaugh hopes to encourage civility and respect in political discourse, as well as transparency in government. Yes, he knows it’s a tall order.

“I believe in the right to open government,” he says. “I hope to be an avenue for that.”