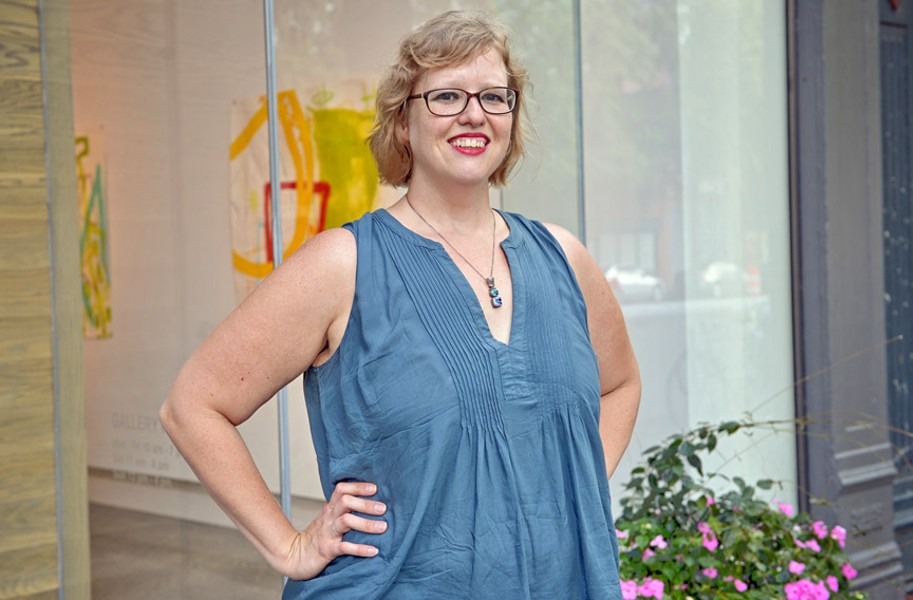 Barbato started out running a stuffed animal business with her husband with a booth at First Fridays near Quirk Gallery. After a tip from Katie Ukrop, she applied and got the job as director of First Fridays in 2012, working under the Downtown Neighborhood Association. She says she's most proud of how much the arts district neighborhood has grown and developed since she started.

"When I started at First Fridays, you couldn't pay people to cross Adams Street to see what else was going on," she says. "Now it's all small mom-and-pop places and people are walking down as far as Third Street." Those small businesses want to be there and bring a great energy, she adds. "Anything I can do to support them as they're growing, that's what I'm here for."

In addition to coordination of First Fridays, Barbato also helps as a creative connector. "I like to connect people so they can execute their ideas," she says. She's an active leader of the Richmond Craft Mafia of six businesses, which holds two annual events at Hardywood Park Craft Brewery and also she serves as secretary on the board of TheatreLab.

Barbato is two months into the current class for Leadership Metro Richmond, featuring folks from all walks of life from the region.

"The hope is in a year we have this bonded cohort of 70 people who understand things a little better and can make effective change in the community," she says.