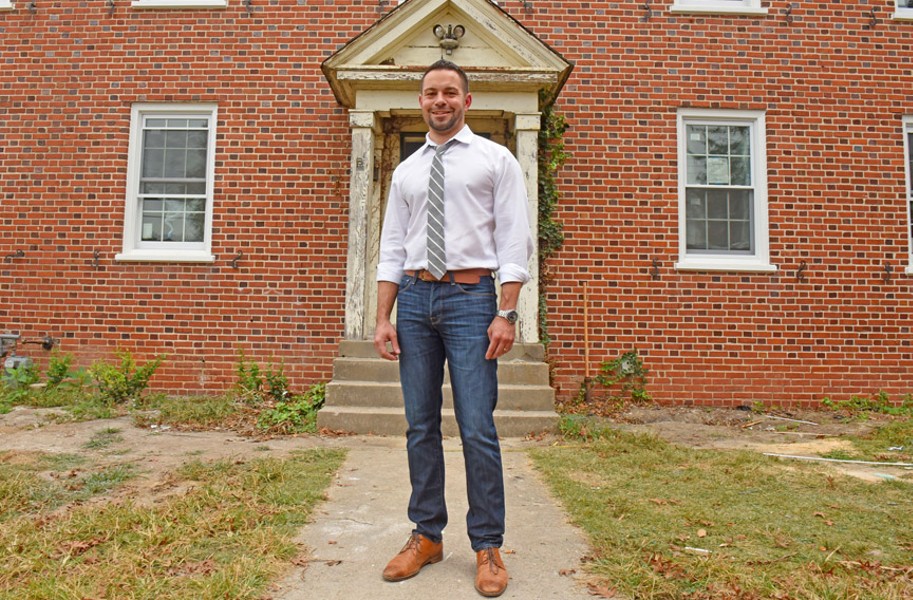 Josh Romano still drives by the Battery Park house that several years ago became the seed for his company, Cobblestone Development Group, which deals in real estate design, construction and sales. The house was his first investment property and helped him create his vision for real estate development that strives to keep intact the character of old houses in established Richmond neighborhoods. "We're not flippers," he says. "We're renovators."

Among Romano's biggest points of pride is the fact that Cobblestone has rehabbed nearly 40 houses in Battery Park. "The North Side area has always had a buzz," he says, "but because we did so many homes — and we weren't worried about anything except making an awesome product and bringing these homes back to life — that you'll now see that we increased the value of those homes almost 200 percent in the past two years in market value. So, where it used to be $100 a square foot at resale, it's now $200 — or $190, to be fair."

Cobblestone's reputation drew attention from HGTV, which produced a pilot, "Richmond Rehabbers," featuring Romano and his wife, Breese, that aired last May. It was part of a series trial that didn't catch. Nevertheless, he says, "It was fun. It was cool."