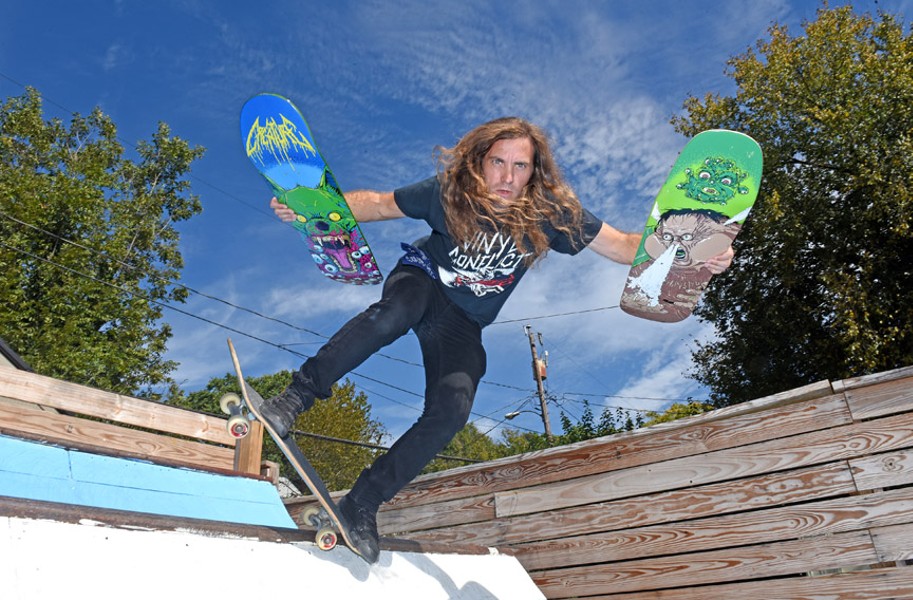 When asked if he's ever had a lucky break, James Callahan strokes his chin. The 39-year-old freelance illustrator and writer is a one-man powerhouse of creative energy in Richmond, with a portfolio that has attracted international attention.

"I've really had to fight for all of it," Callahan says. "To make it on your own, you've really got to do some things that you might not be interested in, like learning about business or accounting or invoicing."

Callahan has been freelancing since his graduation from Virginia Commonwealth University in 2001, becoming known for a distinct visual style that has culminated in his Barf Comics label.

"I've done illustrations for about 100 different skate deck graphics, snowboards, probably like 500 different shirts for all kinds of events and bands. Movie posters, just kind of anything I can get," Callahan says.

Some of his favorite local work has been with Welcoming Walls, an arts project that places large colorful murals near interstates and entrances to Richmond, as an advertisement for the city's creative spirit. He also recently completed a mural for Strangeways' new brewery in Fredericksburg.

How has freelancing changed over years? The tools are better, but the competition is fierce. Still, Callahan says he considers Richmond a good base of operations for those interested in making it work.

"Just try to have fun with life," Callahan says, "We've all got to go to work, so you might as well try to enjoy what you're doing while you're doing it."