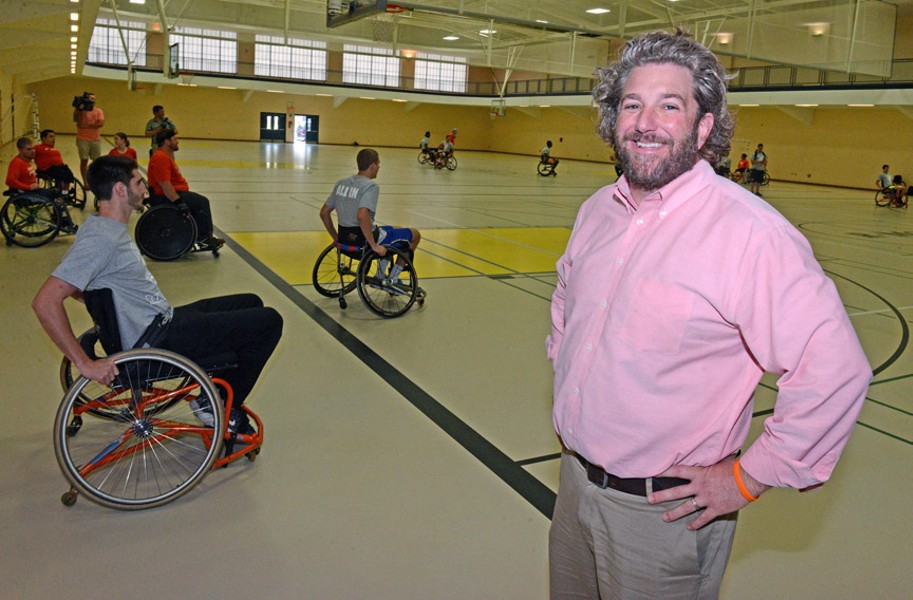 Sports are among Richmond's greatest attributes, according to Hunter Leemon. If not in spectating, than in participation. Look no further than the slate of races, marathons and tipsy kickball that punctuates the year, he insists.

"It's kind of an excuse for you and I to feel good about ourselves so we can go out and drink beer afterwards, but it's also a great social network," Leemon says.

But not everyone gets to experience that camaraderie. That's where Leemon's nonprofit comes into play. Sportable is a sports club that provides opportunities for people with physical disabilities or visual impairments the ability to train and compete as athletes. The nonprofit has programs in wheelchair basketball, rowing, archery and rock climbing, among 12 sports.

"For a lot of our athletes, their peer network is not like yours and mine," Leemon says. "These are a group of people who have experienced a lot of the same hurdles, a lot of the same ups and downs that maybe you and I haven't had to deal with."

Leemon, who has a background in commercial real estate, was introduced to Sportable back in 2009 when he volunteered to coach one of the nonprofit's soccer teams in exchange for event space. He says a career in sports was not something he considered, despite his years in college baseball. But he's vocal about the difference that access to sports makes in the lives of the people the group helps.

The nonprofit's youth wheelchair basketball team, the Sportable Spokes, won a national championship in 2016. That same year, another of its athletes competed in the Olympics in Rio de Janeiro, bringing home several medals.

These big moments are awesome, Leemon says, but some of his favorites involve building feelings of inclusion for people who often lack it.

"That's one of our brand pillars, to change the perceptions of those with physical disabilities in the community," Leemon says. "When you roll into a facility and there are 1,000 wheelchair basketball players there, that is transformational."