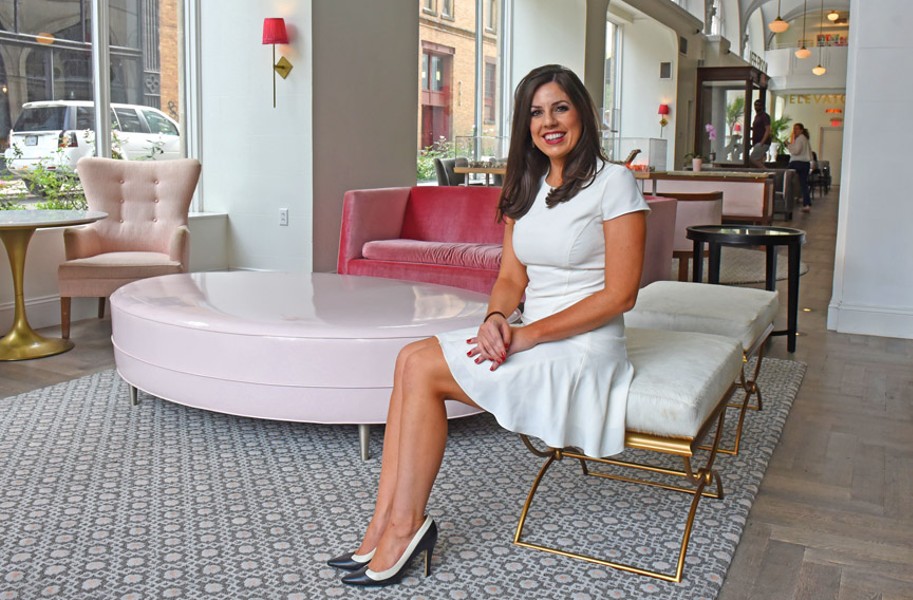 Growing up in rural Gloucester County, Christina Dick stood out like a high-polish sore thumb. She walked the dirt road to her bus stop dressed like an urban fashionista.

"I was a little weirdo wearing high heels in the barn," she recalls, amused by the memory.

Her fearlessness of standing out and staying true to herself, she says, is what has allowed her to create a professional, personal and civic life that doesn't quite fit in a square box.

Graduating from Virginia Commonwealth University in 2010, Dick's career and volunteerism have traveled a frenetic continuum. While working at the Martin Agency as a community manager, Dick started her own fashion blog, Tiramisu for Breakfast, or TFB.

It was that decision to grow beyond the confines of her fledgling career that became a catalyst for her current philosophy: "You shouldn't let people tell you who you are," she says, adding a reference to a quote she picked up along the way. "The world will tell you who you are until you tell the world."

From a blogger with a day job, she developed a rapid-fire job sequence that got her to where she is now the founder of her own marketing agency, TFB, that has worked with major Richmond institutions and companies — the Martin Agency, Capital One, VCU's BrandCenter, Patient First and James River Air Conditioning.

In addition to teaching as an adjunct at the VCU's mass communications school, Dick has devoted volunteer time and services to support nonprofits addressing weighty issues such as human trafficking, sexual assault and domestic abuse.

Her message to those she teaches is to move in all directions. "I hate rules, you know," Dick says. "It's about expanding and connecting."