“Wonder Woman” — Wonder Woman can save the world, but can “Monster” director Patty Jenkins save her? Trailers indicate a “Captain America” approach, inserting Wonder Woman (Gal Gadot) in historic battles that demonstrate her longstanding protection of planet Earth. She has origin story for days, for centuries even. Unless the insider leaks are true, and the movie is another supercilious mess in the vein of Zack Snyder’s “Superman” films. (June 2)

“The Mummy” — You may not have thought anyone could ramp up a franchise known for armies of immortal Egyptian skeleton soldiers rampaging across desert sands, but affable Brendan Fraser is out and the franchise now stars Tom Cruise. That means more daredevil stunts, locations and sexy babes. A lot more. Think “Mission: Hieroglyphical.” (June 9)

“Transformers: the Last Knight” — Those who say Michael Bay’s colossal monuments to computer-generated drivel can’t get any more lunatic: This time there’s a medieval element. The trailer at a screening of the latest “Alien” movie was entirely in slow motion, or so it seemed. (June 21)

“The Beguiled” — Remake of the 1971 Western replaces Clint Eastwood with Colin Farrell as a wounded Civil War soldier taken in by a girls’ school matriarch (Nicole Kidman) and her wayward wards. (June 23) 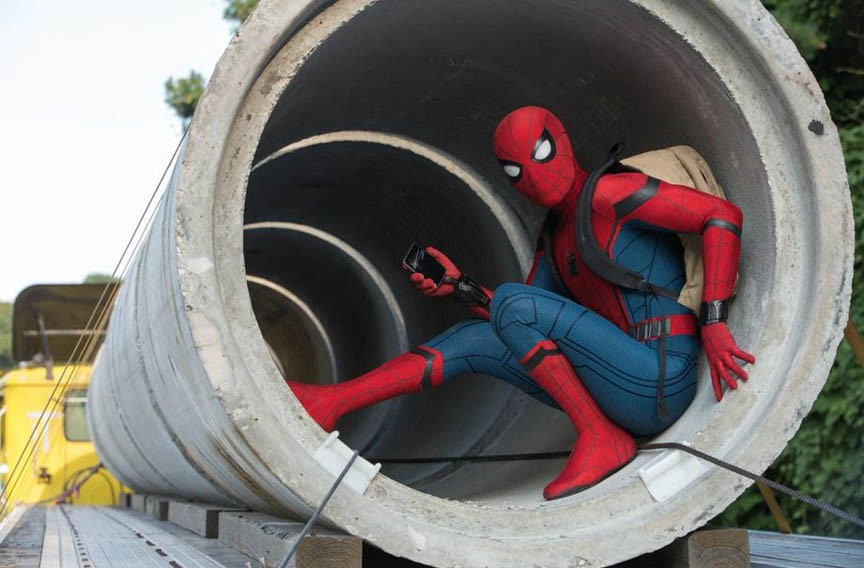 “Spider-Man: Homecoming” — It’s hard to say why this latest Spidey is called homecoming, because it appears to be a reworking of the origin story, along with a (relatively) new Peter Parker (Tom Holland, who also played the wall-crawler in the last “Captain America” installment). In this version Spider-Man doesn’t have to figure out his destiny alone. He has the help of Robert Downey Jr. (reprising Tony Stark) and Michael Keaton, in a role uncannily like his “Birdman.” (July 7)

“War for the Planet of the Apes” — The third film in the reboot era returns to the war between apes and men, lead by Caesar (Andy Serkis) and Woody Harrelson as a human commander bent on ape destruction. Honestly, the trailer made the film look like it easily could have been outtakes from the second installment. Almost nothing of substance has really changed, which means it’s mostly a tree branch to swing over to the fourth installment, scooping up a few hundred million on the way. (July 14)

“Valerian and the City of a Thousand Planets” — For Luc Besson, no idea is ever one too many, exhibited by the way this latest creation feels like “Ender’s Game” crossed with “Avatar” with clothing and sets by John Galliano. So purposefully overstuffed, you want to see how crazy it can get, even if it looks like it might be too crazy to be any good. (July 21)

“Dunkirk” — Hard to find a film with bigger buzz than Christopher Nolan’s saga of sea rescue during World War II, when 400,000 British soldiers had to be evacuated after a failed foray into France. (July 21)

“An Inconvenient Sequel: Truth to Power” — Did they double check the title here? Anyway, Al Gore follows up his 2006 doc, “An Inconvenient Truth,” by checking in on the end of the world as we know it. (July 28)

“Detroit” — Kathryn Bigelow returns from documenting wars abroad (“The Hurt Locker,” “Zero Dark Thirty”) to train her lens on one at home: the 1967 Detroit riot, in which a late-night police raid of an after-hours bar turned into a city-wide rampage. Bigelow’s point of view is usually murky, but it’s a relief to see a late summer release involving Detroit that doesn’t involve Autobots. (Aug. 4)

“The Glass Castle” — If you’re surprised to see a family drama crop up in the heat of the summer blockbuster, know that this one was adapted from a memoir that spent a reported 261 weeks on the New York Times Bestseller list during the mid-2000s. The story tracks the dysfunctional Walls family, whose travails take them around the American Southwest and across the country. (Aug. 11)

“Patti Cake$” — Late summer is when things get tricky for studios, and interesting for audiences. What’s typically a dumping ground for films with low expectations can produce the unexpected, like this story of a New Jersey white girl (Danielle Macdonald) trying to make it as a gangster rap star. (Aug. 18)

“The Life and Death of John Gotti” — Can John Travolta make yet another comeback? That might be the biggest question at the heart of this ambitious saga about New York mobster John Gotti (Travolta) and his son (Spencer Lofranco). “Maybe” is likely the best and most kind answer. The film is directed by Kevin Connolly, who is not, as of this writing, Martin Scorsese, but the guy who played “E” on HBO’s “Entourage.” (Aug. 25) S