2016 Restaurant of the Year: L’Opossum

A giant bronze replica of Michelangelo’s “David” greets you at the nearly 2-year-old restaurant, followed by a dozen tiny replicas at the host station. You also might spot L’Opossum chef David Shannon leaning on the pass-through, looking out at the diners filling the place.

They’re as varied as the city — old, young, conservative and cool. They may sip a drink named after David Lynch’s doomed, dead character from “Twin Peaks,” the Laura Palmer — gin, vermouth, Luxardo Maraschino and cherries, from a glass wrapped in plastic. They decide between the swanky mac ’n’ cheese with butter-poached lobster or the filet mignon of beef “Swellington.” 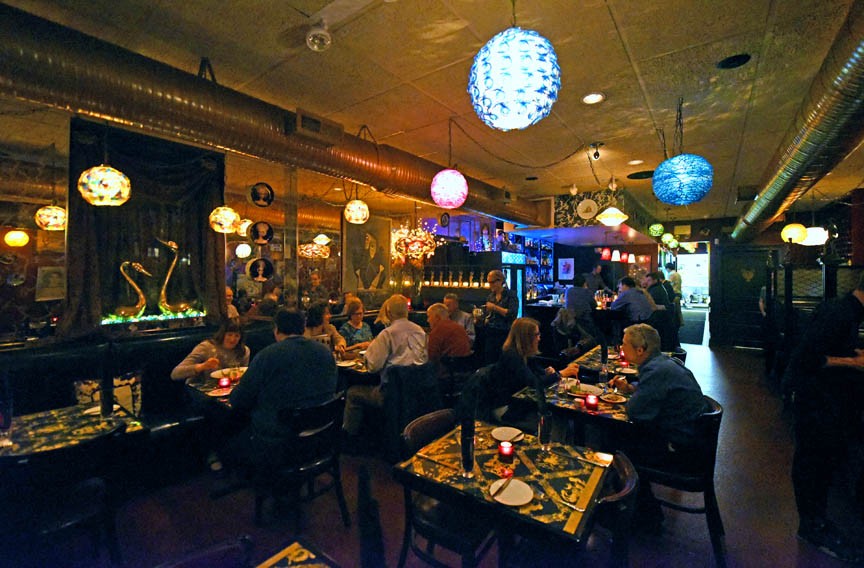 From the speakers above, Andy Gibb just wants to be your everything. Darth Vader looms, inscrutable from a set of Star Wars collectable plates. The room is dark but chock-full of candy-colored light fixtures, twinkling bits of shine, needlepoint and a truly surprising stained-glass window.

Shannon writes his menu with passion — effortlessly finding, it seems, the double-entendre that tweaks diners’ sensibilities while describing food that arrives on boldly patterned china, rising upward here, floating there.

“Chef David Shannon does not mess around, delivering potent and memorable food both in flavor and design,” Style reviewer Rachel Machacek writes. “Entrees come out towering and flowering, appetizer plates are designed with matrices of sauce and other small edibles that when pulled together taste wonderful. All of it is deeply satisfying.”

It could be precious, cheflike fare, but each dish delivers the goods, tastewise. Nothing on the menu could possibly be described as homey, yet simple things, such as the New Orleans dirty rice accompanying the Big Easy, blast past labels to arrive at something you’d like to eat the next day — and the next.

Shannon gathered his kaleidoscope collection of kitsch, fine art and a stuffed possum named Lola for years before opening his restaurant. “I love blending really good things with the stuff that I find in alleys or yard sales,” he told Style in 2015.

“The funky décor could seem tacky were it not such a well-considered and thoughtfully arranged collection of art and objects,” reviewer Karen Newton writes. Even the bar surface raises the, ahem, bar, using an Andy Warhol-designed black-and-gold pattern wallpaper, a striking landing place for a drink.”

Shannon’s sense of humor can’t undermine his profoundly serious approach to food. A graduate of the New England Culinary Institute, former Inn at Little Washington sous chef, the man who brought the grilled Caesar salad to Richmond in the early 2000s at his old restaurant, Dogwood Grille & Spirits, Shannon recently was named a semifinalist as 2016 Best Chef Mid-Atlantic by the James Beard Foundation.

It’s a good time to mention that exactly a decade ago, Style’s team of food writers and restaurant reviewers named Shannon’s Dogwood Grill & Spirits as our first Restaurant of the Year. They cited it as the city’s ideal dining experience, with warm service and charm, a restaurant that took risks that were balanced with a very-Richmond tone and restraint.

Shannon’s success is clearly no one-hit wonder. And the rest of the country has noticed. “L’Opossum has garnered the national spotlight as well, with recommendations from Condé Nast Traveler and Southern Living magazines,” reviewer Matthew Freeman notes. “Altogether the creativity and quality contribute to the growing prominence of the food scene in our city.” 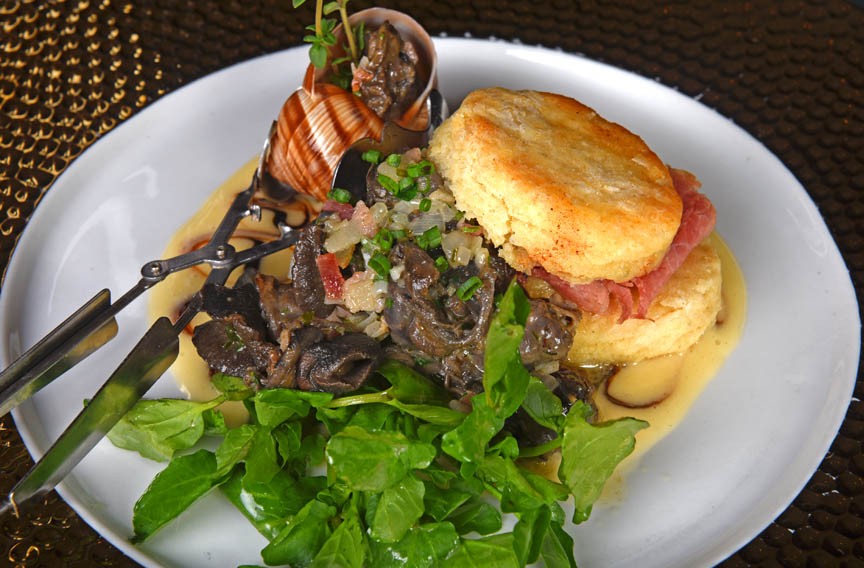 “Oysters Rockefeller are as commonplace as full sleeve tattoos on kitchen staff, but his arrive shrouded in a green-fairy fog of absinthe mist,” Newton says. “These aren’t just added ingredients for the sake of novelty value, but a ramping up of the familiar that elevates his food to the magical.”

As Freeman notes, “The resulting fun doesn’t obscure the solid cooking skills of a talented kitchen.”

“There’s a confident, quiet ease at L’Oppossom,” Machacek says. “It’s almost meditative despite the crazy cool décor. Like, ‘Yeah, we know what we’re doing.’ But not arrogant. They’re artists here and your time at their table is an experience, ushered and guided.”

As you order a dish of hot black bottom a la mode “topped by a dominant rich ganache and whipped cream,” to end the evening, it’s easy to agree with Vanessa Williams as she croons over the sound system that Shannon left the best for last.