2015 Virginia Literature: A Year in Review

It was a strong year for Virginia writers and literature in general.

Literature in 2015 saw old stalwarts making good and exciting new voices rising above the din. And from former residents exploring their vivid memories of youth to Virginian authors exploring the world, this was a great year for the Commonwealth as both a setting and home base for talented authors.

There were two nationally recognized books set in central Virginia by authors who have long since moved away. Both harken to the 1960s and 70s.

Columbia professor Ben Metcalf aimed vitriol at Goochland County in “Against the Country,” eviscerating the people and promise of rural life with a fictionalized version of his childhood. It received positive reviews in a national media that, in NPR’s case, thought Goochland fictional. (Slate called the name “un-improvable.”)

Then we had Germany-dwelling Nell Zink, who grew up in eastern Virginia and went to the College of William and Mary. Her novel, “Mislaid,” long-listed for the National Book Award, is a blunt satire of race and gender with some familiar locations. The Virginia of her youth, like Metcalf’s, does not fare well.

Those depictions of small town Virginia find some nonfiction parallels in Kristen Green’s “Something Must Be Done About Prince Edward County.” Green’s book weaves historical research and interviews in exploring her family’s role in massive resistance to school integration in Farmville.

Ward Tefft, the owner of Chop Suey Books, says it was a top seller. “I was pleasantly surprised by the range of people who’ve been interested in it. It was heartening […] to see people taking an interest in the history of oppression in their state.”

Many Virginia authors found inspiration outside the state this year. In “Dreams of the Red Phoenix” readers follow Virginia Pye to 1930s China. John Grisham’s new character in “Rogue Lawyer” is a defense attorney in an unnamed southwestern town. And Patricia Cornwell takes Richmond medical examiner Kay Scarpetta to a case in Massachusetts for “Depraved Heart.”

But Howard Owen stayed in Richmond with “The Bottom,” the fourth book of his Willie Black mystery series. And Martin Clark, a Virginia circuit judge and author, wrote a legal thriller set in Henry County called “The Jezebel Remedy.”

Kelly Justice, owner of Fountain Bookstore, cites Pye, Owen and Clark as top sellers this year, in addition to memoirs by Doug Wilder and Lamb of God vocalist Randy Blythe.

The trend of neo-confessionalist novels, where the lines between author and character blur, found its way to Virginia this year. Memory’s limits meet fiction in Robert Goolrick’s “The Fall of Princes,” a novel based closely on his own experiences in New York in the 1980s.

And Andrea Kleine, an Open High graduate, wrote a strong debut with “Calf.” In it, the trauma of a childhood murder drives a fictionalized narrative of obsession, family, and psychosis.

Nationally, everyone survived the Harper Lee controversy, excepting those who named their children and pets Atticus, only to discover in “Go Set a Watchman” that Scout’s father devolved into a crotchety racist.

In more overlooked southern gothic, Tefft recommends James Hannhan’s “Delicious Foods” as “one of the best novels I’ve read in a long time.” Based on real events, a boy and his mother are imprisoned on a factory farm in Louisiana, the mother deliberately hooked on drugs.

And T. Geronimo Johnson’s debut novel, “Welcome to Braggsville,” which the Washington Post dubbed a “broadside against the South,” is a hilarious send-up of liberal academia and a Georgia Civil War re-enactment. 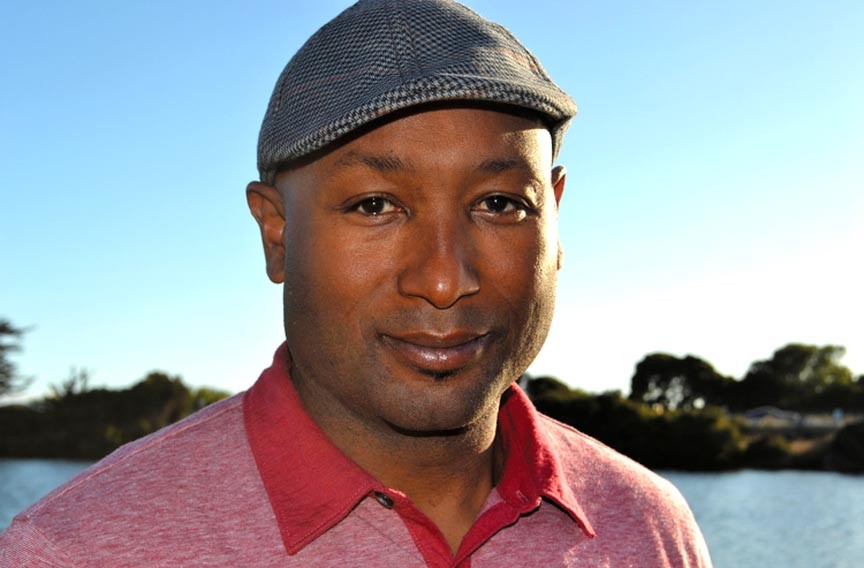 Lovers of the short story have much to be thankful for this year. Adam Johnson’s National Book Award-winning “Fortune Smiles” comes at you with everything that is good about literature. And Lydia Davis’ tireless effort to bring Lucia Berlin’s genius to light finally paid off. Berlin’s stories in “A Manual for Cleaning Women” are electric.

Claire Vaye Watkins is a writer to watch. Her parents were part of Charles Manson’s inner circle, and family history seeps onto the page of her first novel, “Gold Fame Citrus.” In it, a future Los Angeles is part of the waterless badlands of southwestern America through which the narrator, her partner, and a stolen child flee.

And 2015 was also the year of Elena Ferrante, the pseudonym of an Italian novelist whose real identity remains unknown. The fourth and final book of her Neopolitan series, “The Story of the Lost Child,” was published in English in a flurry of praise and speculation.

Kelly Justice is a friend of the publisher and notes that the book “was a very passionate project of his.” She credits the snowballing critical appreciation to his efforts, a grass-roots effect born of indie bookstores and book lovers.

Indeed, in an interview with The Financial Times, the mysterious author pleaded: “Let’s restore authentic centrality to the books themselves.” S