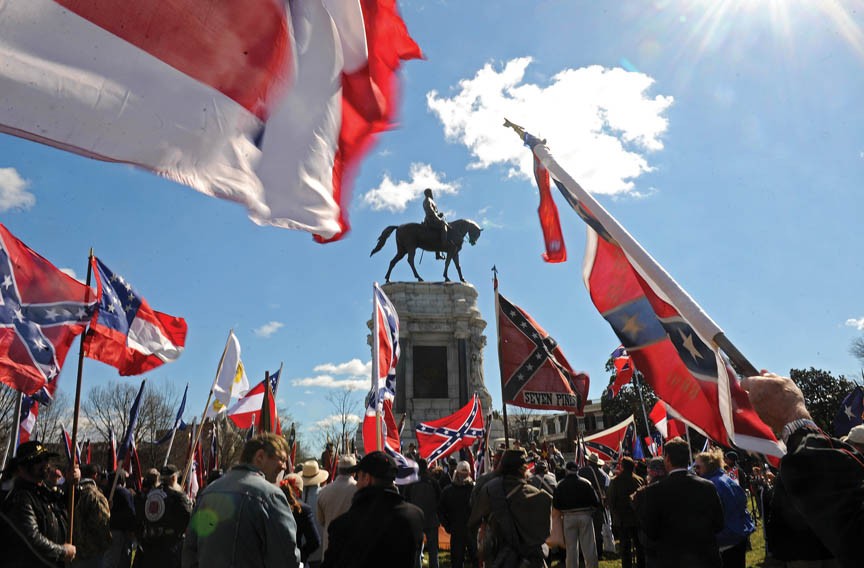 After snubbing the city for more than a decade, the Sons of Confederate Veterans plan to hold their annual convention here in July 2015, expecting to bring about 800 people to town.

It may seem like a no-brainer that they'd return to Richmond — where the organization was founded in 1896 — during the 150th anniversary of the Civil War. But Richmond lost two prior bids to bring the sometimes-controversial group here during the last few years, despite a concerted effort by the Richmond Metropolitan Convention and Visitors Bureau.

The reason, according to Brag Bowling, chairman of the Stephen D. Lee Institute and a past commander of the Virginia division of the organization, was Richmond's "anti-Confederate policies." By this, he means the region's emphasis on emancipation instead of the Confederacy and the exclusion of the Sons from sesquicentennial planning.

This year, the local chapter's commander, James Edwin Ray, made the pitch to the national organization. "I don't know how you can go through the sesquicentennial and not have a convention in Richmond," Ray told the group.

One member of the audience objected, saying, "Why would we want to go to Richmond? They don't like us there." The last time the Sons held their national reunion here, in 1996, the group was not permitted to hang Confederate flags at the Jefferson Hotel. Instead, they rented a crane, placed it across the street and hung a flag from it, Ray says.

The group now has a good working relationship with the city administration, Ray told the group's members. After a close vote, nearly overwhelmed by vocal Texans, members voted for Richmond over Dallas and Mobile.

"There was quite a bit of worry that we would not be received in Richmond in a welcoming and a cordial manner," Bowling says in an email, "and I know Dallas was prepared for a floor fight for the business session of the Reunion should the opportunity arise." Bowling says he's glad Richmond finally won.

The Confederate descendants aren't the only ones coming. "The forecast for '15 is looking very strong," says Jack Berry, president and chief executive of the visitor's bureau. In May 2015, the city will play host to hundreds of scientists and engineers at the International Particle Accelerator Conference. More conventions are planned, Berry says, plus the biggie: the Union Cycliste Internationale Road World Championships, which are expected to bring more than 450,000 people here in September 2015.