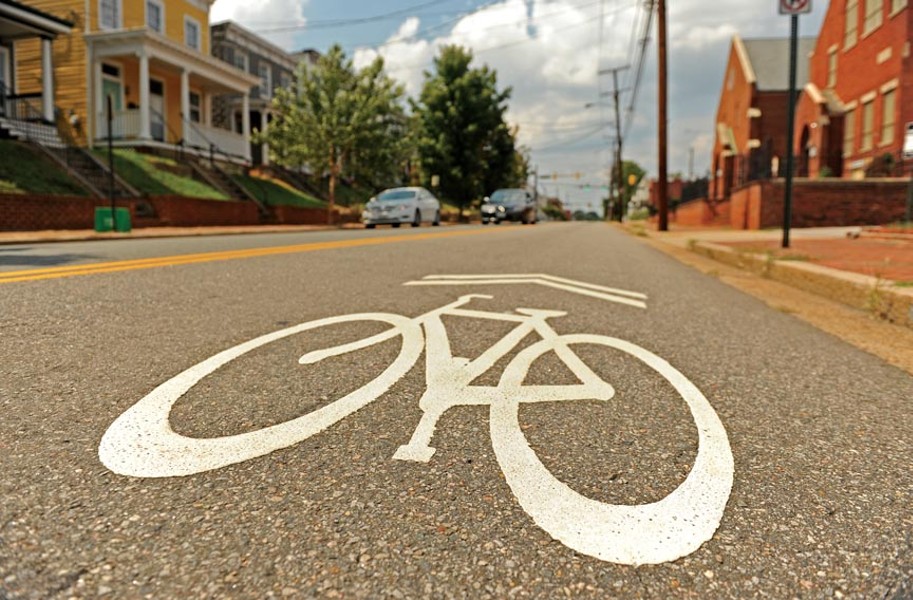 An infusion of cash for bicycle projects in Richmond means a handful of planned improvements are on track to be completed before the 2015 UCI World Road Championship rolls into town next year.

Funding is in place to build buffered bike lanes on Franklin and Main streets, from Monroe Park to downtown, with a $240,000 state grant that transit authorities approved this month.

City Council's decision to boost the city's budget for bike infrastructure by $1.5 million means work in other parts of the city also will begin soon, says Jakob Helmboldt, the city's bicycle-pedestrian coordinator.

Additionally, Helmboldt says, the city has started to notify residents on Forest Hill Avenue about plans to add a bike lane there. The lanes will replace markings that encourage drivers to share the road with cyclists, he says.

Traffic engineers have started design work, he says: "Construction of it really isn't that hard, because it's mostly just striping. The big thing is figuring out the configuration and making sure it's done in thoughtful manner."

The state also allocated $400,000 to construct a controversial bicycle boulevard on Floyd Avenue, from North Thompson Street to Monroe Park. The future of that project, which proposes optimizing streets for bicycle traffic and encouraging motorists to find alternate routes, is less certain.

While many attendees at a packed meeting supported the proposal last month, some neighbors voiced concerns about parking and increased traffic.

Once design work is complete it will go back before nearby residents for input, Helmboldt says.