Richmond From the Ground Up

Blurry vision. Derailed projects. Bungled communication. Considering the pounding that Richmond has taken, are its political winds on the verge of shifting?

Event after event seems to cast city government as dysfunctional if not pointless. Setbacks include the aborted plans for a Shockoe Bottom ballpark and another for one at the current Boulevard site, the collapse of talks for an independent children’s hospital, the steep decline in fans attending the Washington Redskins summer training camp, and the lingering disarray at City Hall. The most recent example of the final point is the exits of yet more budget officials, City Finance Director Paul Jez and Controller Leon Glaster, whose sudden departures were announced Aug. 18.

This might sound like a familiar refrain from last year’s Power List assessment of city politics, with Mayor Dwight Jones’ second term coming to a close. It is, and in some ways is worse, showing that political power in Richmond remains more akin to primitive warfare than a smooth and modern process of resolution.

Perhaps the best summation of what’s wrong comes from Lou DiBella, the owner of the beleaguered but highly popular Richmond Flying Squirrels. After publishing a passionate open letter to city residents in the spring about the city’s lack of progress on replacing the crumbling Diamond, he told Style:

Jones and company have scrambled for damage control. They reached out to county officials to find a way to solve the ballpark problem and keep the Squirrels from flying away. Despite some positive rumblings, nothing of substance has materialized.

In another case, the burgeoning Hardywood Park Craft Brewery, one of the city’s first beer startups, announced that it was setting up a big new operation in Goochland County while keeping its city site. Many observers have pointed to the irony of the city offering so much in incentives to recruit California-based Stone Brewing Co., a positive development, while letting its city-based success story expand into a neighboring county.

The heart of the problems is City Hall, which can’t seem to get its house in order. Prominent bean-counting firm Cherry Bekeart nixed its auditing contract soon after beginning work, noting that the city was dysfunctional. Former finance chief Sharon Judkins is suing the city. She was replaced by former Leesburg finance director Norman Butts Jr., who brought in Jez and Glaster to help set accounting right. They didn’t last more than nine months. “I just realized that I wasn’t the right fit for the city at this point in time,” Jez said in his resignation announcement.

Nor are officials the only problem. In 2008, the idea sprang up that the city could better serve seriously ill children and upgrade its medical footprint by building a stand-alone, regional children’s hospital with help from Virginia Commonwealth University Medical Center and Bon Secours Richmond Health System.

The plan has the strong backing of Bill Goodwin, a billionaire businessman and philanthropist who pledged $150 million to the cause. For several years, the idea was discussed and seemed to be moving forward. That was for public consumption. Behind the scenes VCU was balking because it would have to give up some of its pediatric services. Bon Secours was suspicious of having VCU dominate the deal. The discussions fell apart in May with VCU and Bon Secours saying an independent children’s hospital was too expensive and unnecessary.

Of what would come next, a stunned Goodwin said: “There is no plan. I was caught totally by surprise.” He has since tried to get the two health systems back together while seeking an outside partner. The episode shows that behind-the-scenes power brokers are just as fractured as City Hall.

The thing is, Richmond’s political players seem far behind while the city is chugging along without much help from them. Downtown and near-in neighborhoods such as Scott’s Addition, Manchester and Church Hill are gentrifying or transforming industrial deserts into stylish residential and mixed-use areas.

Millennials are moving into town alongside aging baby boomers. Arts, dining and creative spirits are flourishing.

The next mile marker is how the city handles the UCI Road World Championships as it plays host to thousands of out-of-towners during the nine-day event. A big success could do much to slice away decaying political tissue and let new growth begin. An embarrassment will be yet another setback.

One person who won’t be around to help behind the scenes, as he has for years, is former Power Lister David Hicks. Some people had hoped that the mayor’s former senior policy adviser might run to replace him. But in July he started a six-year term as a judge in Richmond General District Court.

Other candidates for mayor are emerging with next year’s elections on the horizon. Interested are 1st District Councilman Jon Baliles, who was a force opposing building a ballpark near important slave sites. Also in the race is City Council President Michelle Mosby of the 9th District, who is said to have the backing of Jones. Another is Secretary of the Commonwealth Levar Stoney, a Democratic activist who’s worked in the public and private sector with Gov. Terry McAuliffe.

Jones is entering the final stretch of his term. He’s running out of time to build a legacy while the debate inevitably shifts to how to get the city out of its mess. 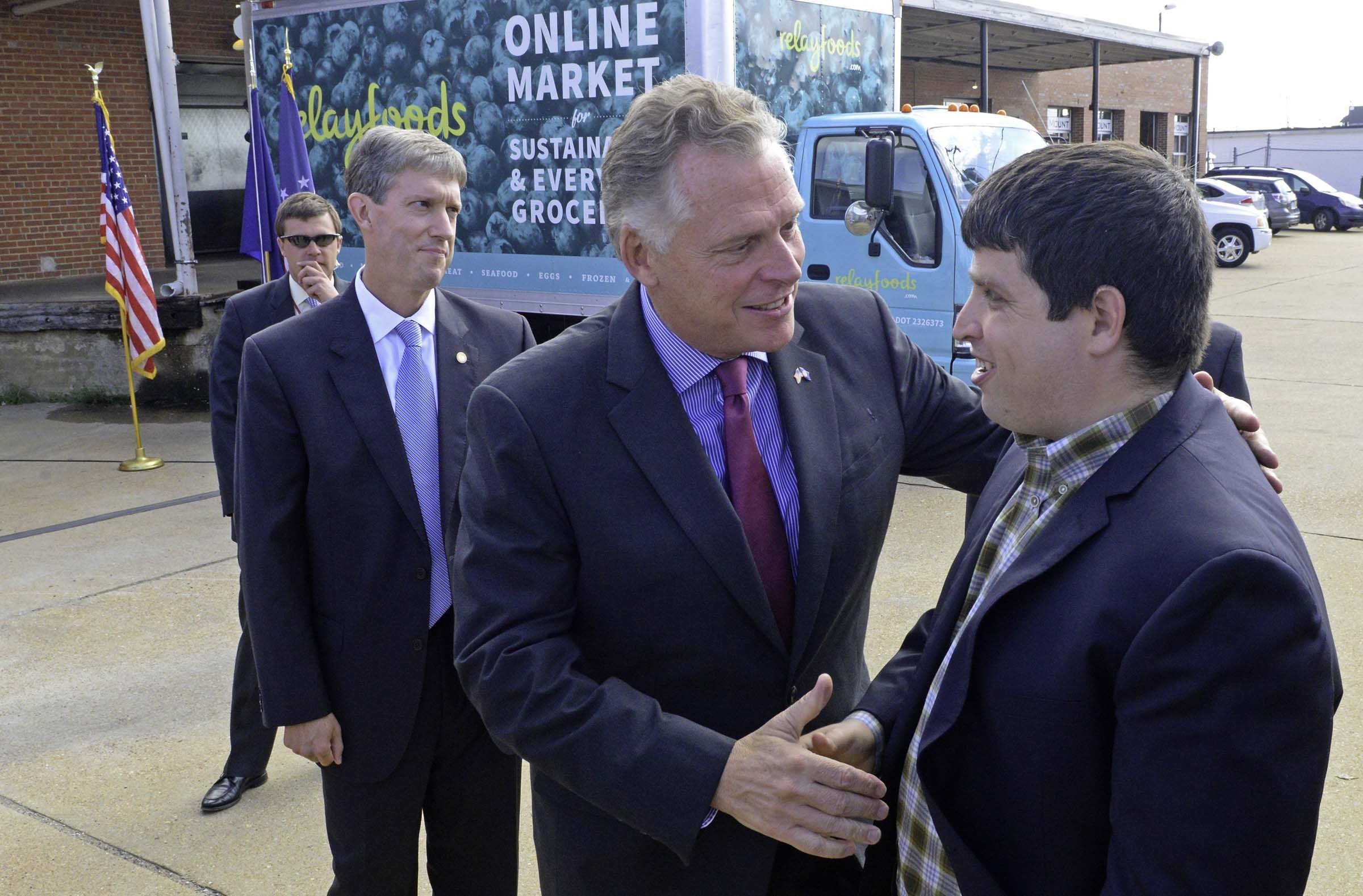 Super salesman McAuliffe is beating the global bushes for area jobs. His latest headcount includes 1,173 new positions at Elephant Auto Insurance, 2,000 at the planned Shandong-Tranlin pulp mill and nearly 300 at Stone Brewing near Rocketts Landing. He’s also pushing to get Medicaid expanded and has supported gay rights. Longtime political partner Hillary Clinton will look to him for help in the presidential race. But environmentalists fault his support for natural gas pipelines and offshore oil drilling.

Richmond went into a tizzy earlier this year when it learned that star school superintendent Bedden, who was finally setting in, was interviewing for the top school job in Boston. Bedden offered promise to the city’s long-troubled school system racked by leaky buildings and low pupil scores. Hundreds of parents signed petitions. Even McAuliffe stepped in with encouragement. Bedden decided to stay.

The former Suffolk city manager is Jones’ latest top administrator, replacing Byron Marshall — who left his job a year ago without much explanation. Cuffee-Glenn is tasked with bringing order to the topsy-turvy running of City Hall, where audits are late and auditors say the system is dysfunctional.

Coming to Richmond as top cop is stressful stuff. One wrong move and it’s the next Ferguson. Durham, who took over early this year, believes that the solution is community policing, which he helped develop here a decade ago before leaving to police Washington. He is vocal and involved, responsible for a key economic driver — safety. On C-SPAN this month, Durham said, “I don’t believe in sitting behind a desk.” 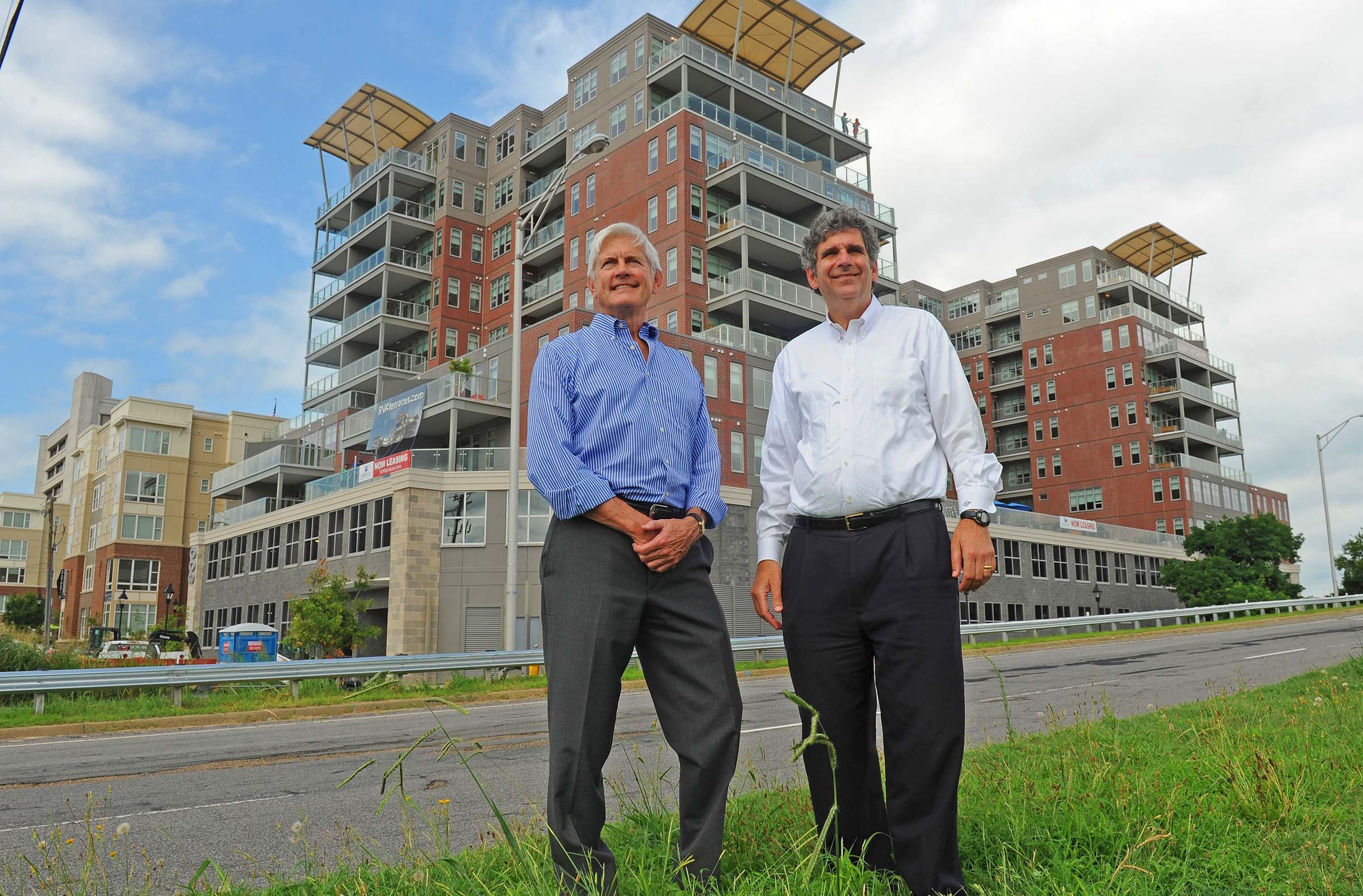 Historic tax credit mavens Gecker and Miller have been involved in many key restorations, including the Maggie Walker Governor’s School. Now they’re reaching a critical mass with the Terraces at Manchester as that district accelerates its makeover from industrial to mixed-use. Gecker, a Chesterfield County supervisor, also is the Democratic candidate for state senator in the 10th District.

Baliles helped shoot down the mayor’s Shockoe plan and has carved out a young, thoughtful brand for himself on council. One result is Jones’ push for regional cooperation to relocate the crumbling Diamond before the Flying Squirrels baseball club bolts. Baliles is positioning himself as a sensible choice for mayor in next year’s elections.

While still a council tenderfoot, Mosby was elected as its president this year. The hair salon owner recently declared her intention to run for mayor next year, apparently with the backing of Jones and a former mayor and governor, Douglas Wilder. Besides Baliles, she may be confronting Levar Stoney, the state secretary of the commonwealth and protégé of the current governor.

Parrish’s 30,000-member group, which represents LGBT interests, has seen its groundwork to change minds about homosexuality and equal rights pay off. He notes that a series of Virginia court rulings during what he calls a banner year cleared the way for same-sex marriage. There’s been little backlash, but he says that gays still face discrimination at work and with residential rentals.

It’s been a bad spell for the mayor, who moves into his final year in office. He’s focused attention on poverty in the city. But his Shockoe plan bombed, he’s been through a slew of assistants, and even his big success, the Washington Redskins summer training camp, is tarnished. It attracted 80,888 fans this summer — slightly less than half of the year before. Will he solve the ballpark dilemma? Will he help reach compromise on a children’s hospital? Can RGIII save his legacy? Doubtful.

Longtime activists — Wilayto was a member of the Students for a Democratic Society back in the ’60s — this married couple has questioned the power structure and pushed for equality for years. They challenged the UCI bike race’s plan to pass repeatedly by statues of Confederates on Monument Avenue. And with the Shockoe Bottom ballpark off, they’re pushing an open park to honor the memory of slaves. They’ve proven that you don’t need formal positions of power to be heard.