2015 Music Issue: About the Cover Artist 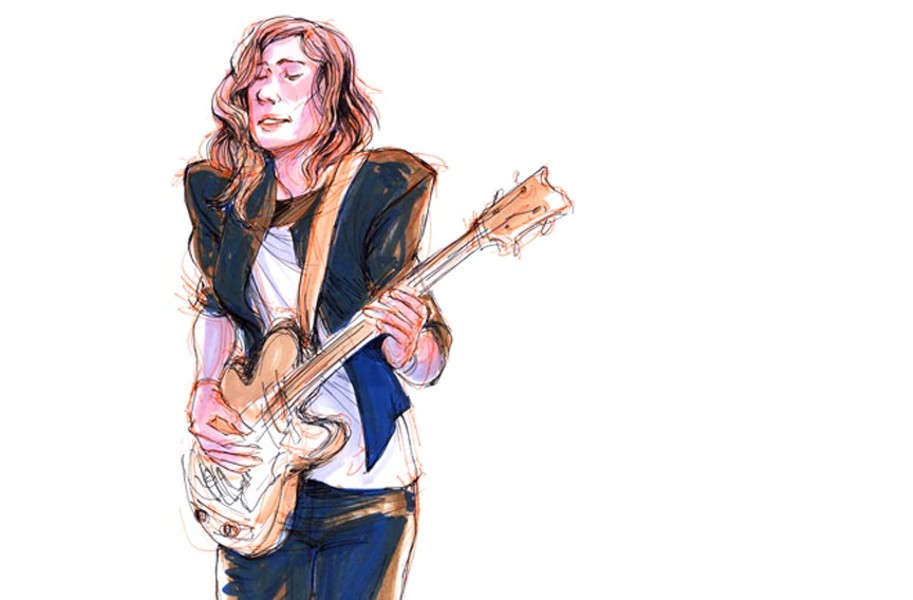 If you go to shows regularly, there’s a good chance you’ve seen a young woman furiously sketching in front of the stage. She is Jennifer Kennedy, a 27-year-old who received her fine arts degree at Carnegie-Mellon University.

After graduation, she moved to Richmond to live with her brother, and works as a GIS analyst for Timmons Group. But as much as possible, she ventures out at night to draw her favorite bands in action, who share her work widely on social media.

“The music is a big part of it, if I like their sound,” Kennedy says. “But it’s also bands that aren’t stiff.”

As for Avers, who appears on the cover of Style’s Music Issue, the group “has a lot of energy on stage which translates well to drawing,” she says. “They have an expressiveness I’m looking for. You can feel they’re really connected with emotion of the song. Part of what I’m doing is trying to capture that rhythm.”

Kennedy is considering an exhibit of her work at Gallery5 or Sound of Music. She says she hopes it will be more of a musical event, “where I could just draw.” Until then, you can check out her work on her Tumblr or on her Facebook page. She also sketches for the James River Punch podcast.