2014 Richmonders of the Year: The City’s Food and Drink Pioneers

Opening a restaurant is tough enough. But bold entrepreneurs have upped the ante by embracing neighborhoods that yearn for renewal. Their risks are paying off across the city.

Scott Elmquist A few of Richmond dining’s risk takers include, in the back row, Lamont and Alicia Hawkins of Inner City Blues, Ryan Croxton and Travis Croxton of Rappahannock and Buz Grossberg of Buz and Ned’s Real Barbecue and, in the front row, Hardywood Park Craft Brewery’s Patrick Murtaugh and Eric McKay, and Kendra Feather of the Roosevelt.

When foundations are laid and roofs are raised, you have the makings of a city. But a community doesn’t find its identity until its people come together. To work, govern, worship and celebrate. And yes — to eat and drink together. Around dinner tables, side by side on barstools, in grocery stores and along the stands of farmers markets.

Richmond’s food culture starts at Jamestown. It moves forward through the history books and pulls from the countries of those who made Richmond home. It beats as the heart of a burgeoning Southern region, with modern experimentation, the hand of family recipes and the taste of Virginia treasures. The briny breeze of an oyster from the Chesapeake Bay. The salty punch of country ham. Peanuts, wine, hearty desserts and produce fresh from the farm.

And soon enough, the food and drink comes back around to bolster old neighborhoods needing renewal. In Richmond, entrepreneurs brave enough — or crazy enough — have been among the first to push into areas where few have gone, areas with rich histories but slow growth. Into empty buildings they take their restaurants and breweries, risking in an already risky industry by putting faith in the food they serve and the residents and visitors who are searching for a place to gather.

For taking those risks, bringing people together, sparking growth and helping define our local culture, Style Weekly names the city’s food and drink pioneers as the 2014 Richmonders of the Year. 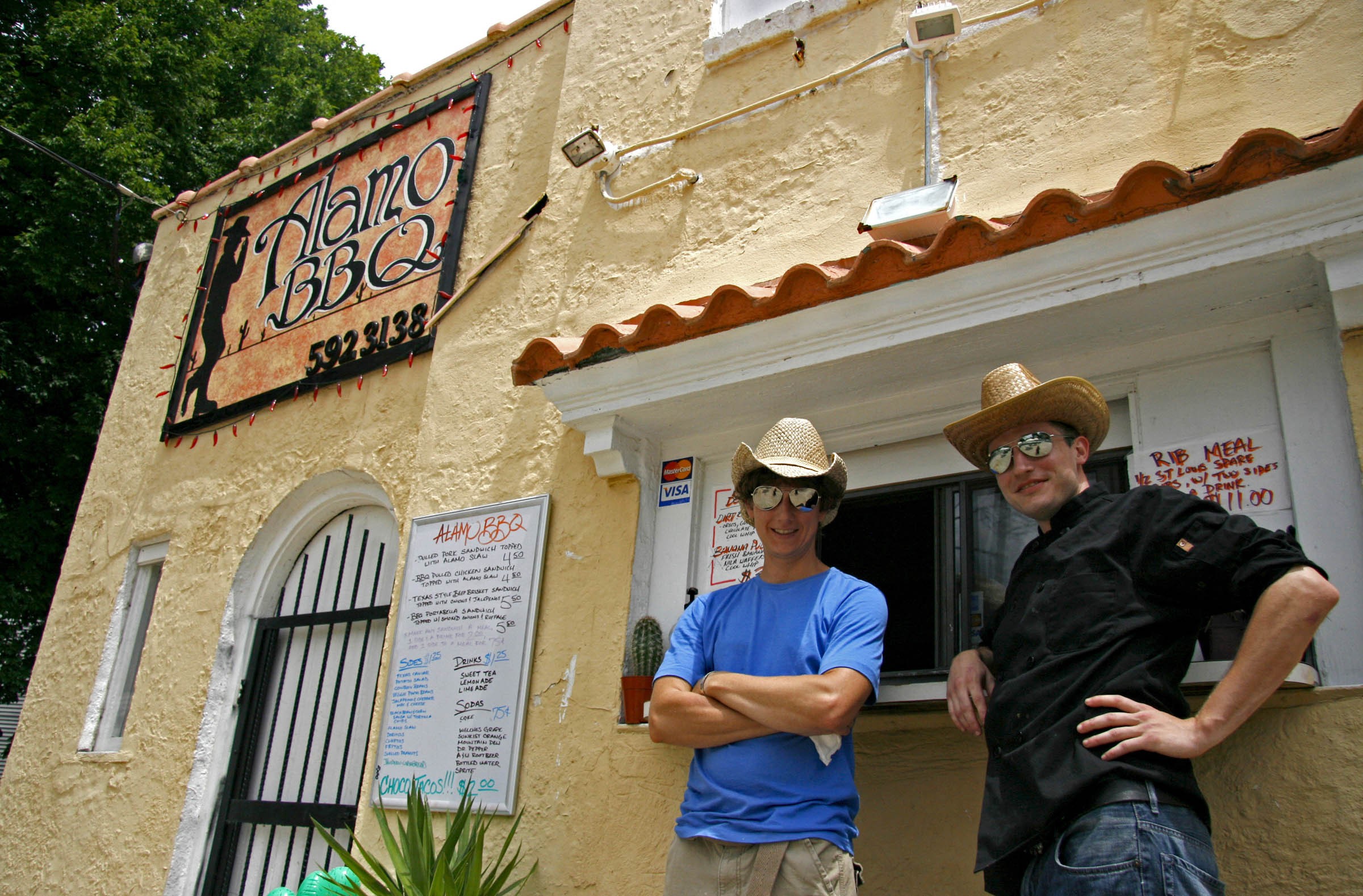 If you stand on the corner of 25th and M streets at the traffic circle in Church Hill and squint your eyes, you might be reminded of Brooklyn in the late ’90s, when the New York borough first started to come back to life.

You see runners, parents pushing strollers and people walking dogs. A few years ago, the scene would have been much different.

In the early 1980s, crack and heroin arrived in Church Hill, and the East End neighborhood was hit hard. Middle-class black families who comprised much of the population north of East Broad Street began moving out. Houses were left abandoned and others slipped into dilapidation.

The Hill Café, opened in 2000 by Michelle Williams, Jared Golden and Ted Wallof, was one of the few places to go out for something to eat. The blocks south of Broad surrounding St. John’s Church were a tightly knit enclave of white, upper-middle-class families who’d restored their houses — but little else was happening.

John Murden, who runs the website Church Hill People’s News, moved to Fairmont Avenue in 2003. “My block was all vacant,” he says.

A turning point began with Alamo BBQ’s arrival in 2009, he says. The restaurant opened in an old gas station at Jefferson Avenue, Clay Street and North 22nd. “It was a great common-ground place. It was affordable, it was cool,” he says. “They were the first people that brought people in from outside the neighborhood.”

Alamo owner Chris Davis worked two jobs and lived in Spartan conditions in a shed behind the building while working on it. “I felt like the Fan was full,” Davis says. “It was still a rough neighborhood, six, seven years ago, but it’s so close to the city. I saw a lot of potential for it.”

Two years later, Murden’s wife, Kendra Feather, owner of Ipanema Cafe and Garnett’s Cafe, opened the Roosevelt with former Six Burner chef Lee Gregory. Feather’s Ipanema landlords had approached her about putting a restaurant in a building that was in foreclosure, which they’d been thinking about buying.

Howard and Karen Kellman, Feather’s landlords, are key to the development of Church Hill’s food scene. They own the buildings that house not only the Roosevelt, but also Dutch & Co., WPA Bakery and another retail space on 27th Street. In Scott’s Addition, they own Rick Lyons’ Lunch and Supper properties.

Their first property was an eyesore before it became Captain Buzzy’s Beanery. After its renewal, Karen Kellman says, “Church Hill property values went up 25 to 30 percent. If a building stands empty, it’s not good for the neighborhood.”

The Roosevelt was an immediate success and garnered national attention. Gregory’s been a James Beard award semifinalist for best chef in the mid-Atlantic twice, and StarChefs named him a rising star this year. Garden & Gun magazine published a prominent story about the restaurant, and it consistently makes the national best-of lists that are published throughout the year.

“The Roosevelt came in solid,” Murden says. “And the attention it got changed things, but it was a move that was happening — it went hand in hand.”

In May, USA Today named Church Hill one of the country’s 10 up-and-coming neighborhoods.

Bon Secours Health System is another major force behind the neighborhood’s revitalization. The charitable arm of the company established a grant program in 2011 targeting greater Church Hill called Supporting East End Entrepreneurship. It has awarded a total of $240,000 to businesses such as WPA Bakery, Union Market, Metzger Bar & Butchery and Sub Rosa Bakery. 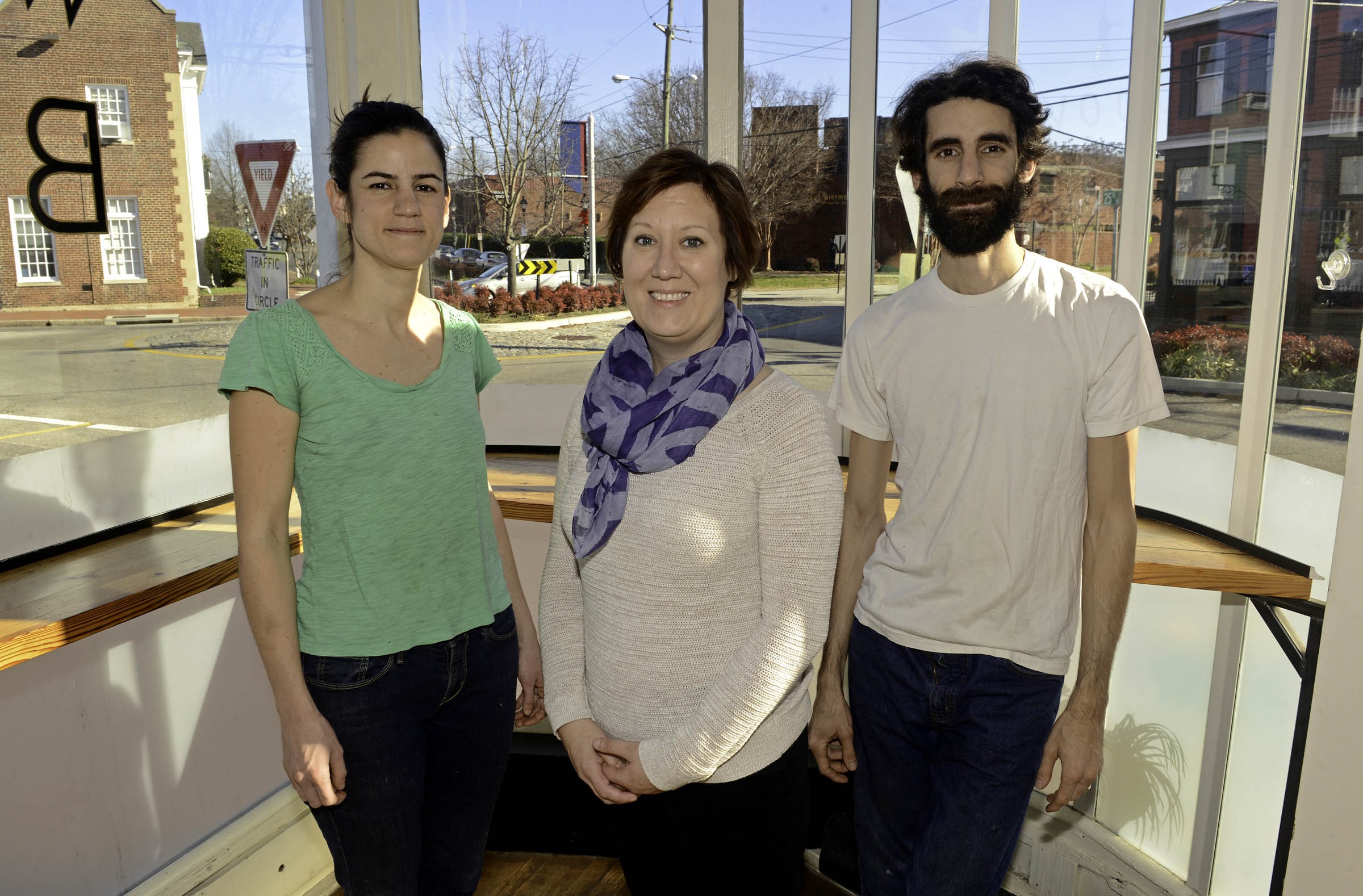 In many ways, Sub Rosa, which opened in 2012 across the street from the Roosevelt, epitomizes the change that’s come to this part of Richmond. It too has attracted considerable praise from national media, with mentions in Saveur, The New York Times and The Washington Post.

Three months after brother and sister owners Evrim and Evin Dogu opened their doors, a fire seriously damaged the bakery. Support came from across the community. There were fundraisers at the Roosevelt. Dutch & Co. offered its kitchen and sold Sub Rosa’s products in its restaurant. And neighbor Corey Lane started an online campaign that raised more than $16,000. The bakery reopened less than year later.

“We just gave it a shot,” Feather says about the Roosevelt. “People walk up to me now and say their plan is to open their next restaurant in Church Hill. It wasn’t like that at all for us. It was just a good opportunity.”