More of Richmond's most powerful people. 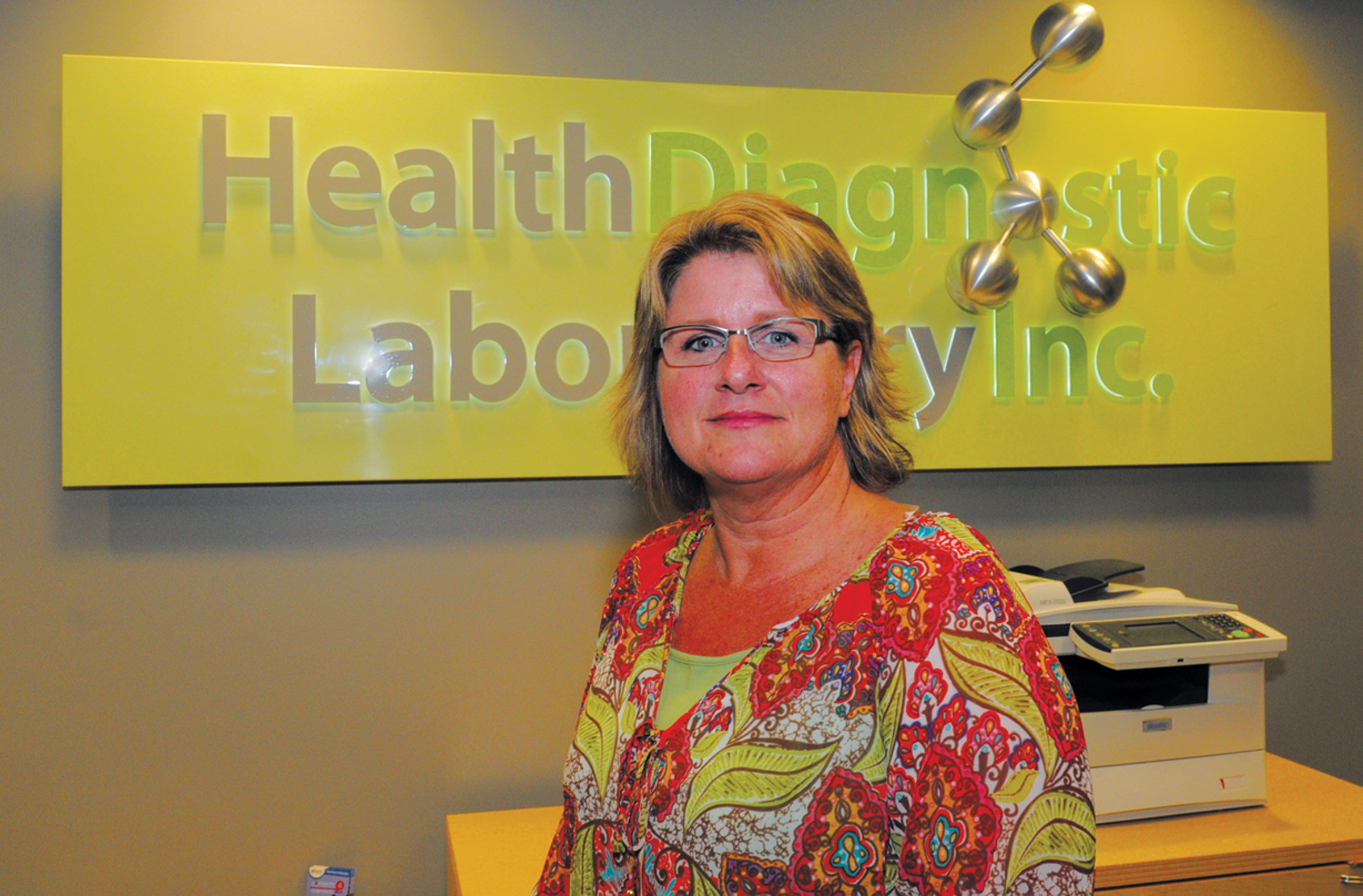 The co-founder of the most successful venture to come out of the Virginia BioTechnology Research Park, Mallory is seen as a rising star. Her labs run diagnostic tests for doctors across the country. Growth is skyrocketing since the company's 2009 launch, with full-time employment of 715 — 40 percent of them younger than 30 and an expansion underway on its downtown headquarters.

When you're administrator of Chesterfield, the area's most populous suburban county, power comes with the territory. Stegmaier, whose Henrico counterpart is a relative newbie since Virgil Hazelett (No. 48) retired, is still trying to work out of the 2008 real estate crash.

The company, which reported $296.5 billion in assets last month, may not be based in Richmond, but it's the area's top employer, commanding a West Creek campus worthy of Alec Baldwin's ego. It would be easy to settle in there, but Busser ventures into the community, getting involved in such city issues as middle schools and the mayor's anti-poverty commission.

Nothing like a National Humanities Medal presented by the president of the United States to boost the ol' prestige. Maybe it'll smooth over the feathers ruffled by the replacement of soccer and track with lacrosse, a move that ignited some board of trustee unrest. Maybe not. Despite his private university's giant endowment, Ayers faces a paltry alumni giving rate. UR long has seemed like an island of privilege in the city's West End, but Ayers, a Civil War scholar, hasn't stopped building bridges since he got here.

Hicks has emerged as the mayor's fix-it man. He's righted a disastrous juvenile justice center and now he's tasked with lowering the city's inmate population before the new jail opens. His success or failure could affect his viability as a potential candidate in the 2016 mayoral election.

Since taking over for Virgil Hazelett in January, Vithoulkas has met a couple of bumps in the road. The county's schools director Patrick Russo was just put on paid leave and Vithoulkas got complaints for using a county website to advocate a 4 percent meals tax due for referendum in the fall. But he's continued pushing the idea of Henrico being the "un-government," a branding thing meaning the county is well run, has strong bond ratings and low taxes. Better keep Hazelett (No. 48) on speed dial. 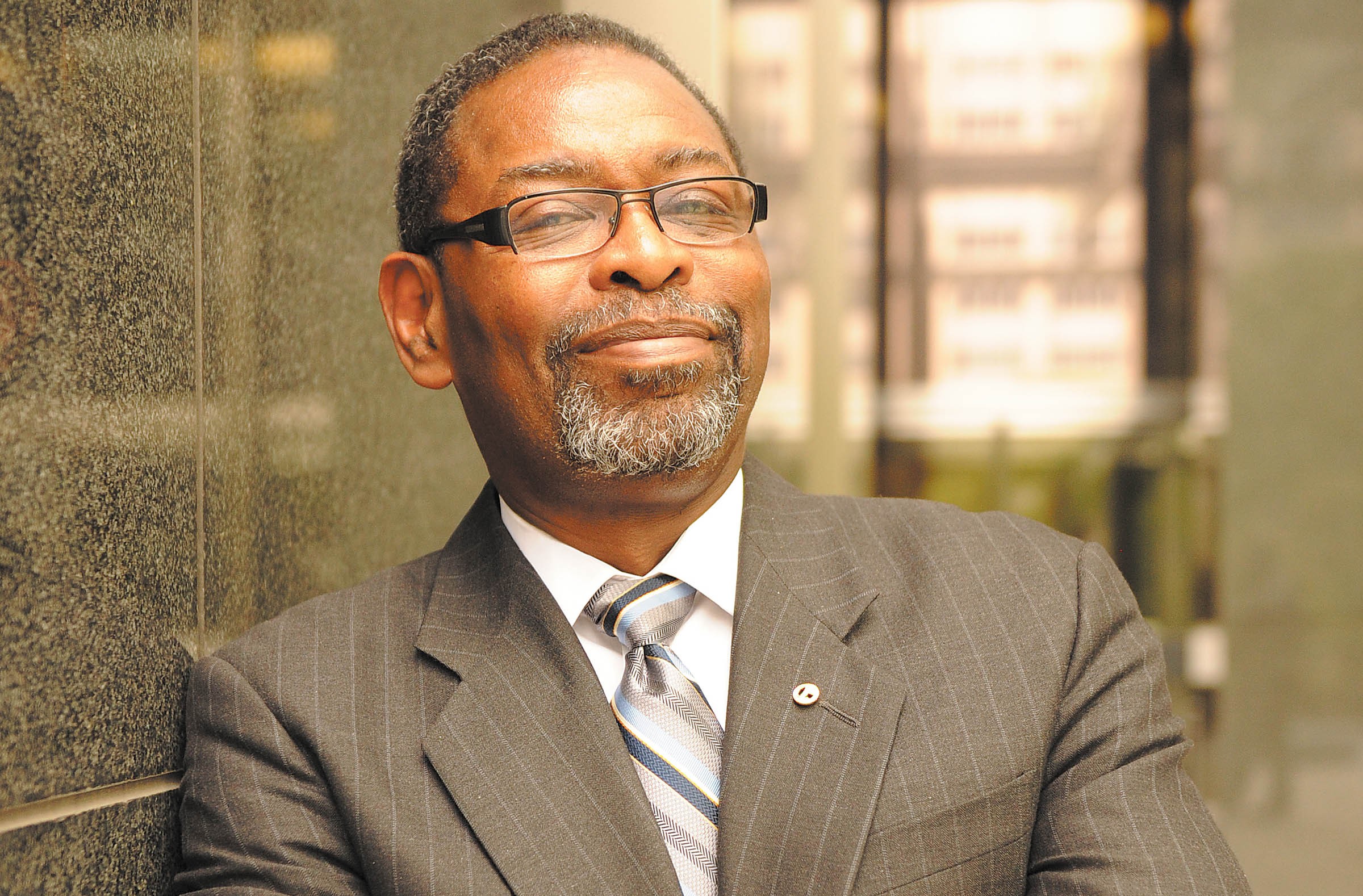 Marshall hasn't had the best year. Blame for many of the scandals and missteps that have plagued the mayor's office has fallen on him. Whether that's fair is another question. Either way, he remains well liked by the business community, which views him as responsive, capable and a key ally.

He may be the state's freshman senator, but leadership in Washington loves him. The former governor and hometown favorite further boosted his profile when he delivered a floor speech entirely in Spanish. No one will be surprised if the Democrat and Obama ally makes a short list of possible vice presidential picks next year.

For all his recent travails and a spectacular lack of common sense, McDonnell remains as Virginia's chief executive. It's difficult to believe that just six months ago, the lame duck's popularity rating topped an enviable 60 percent, and that he achieved what some thought was near impossible: the state's first transportation reform package since 1987.

The inflation-hawk head of the Richmond Federal Reserve is proving an iconoclast for opposing the Fed's quantitative-easing policies to boost employment. Naysayer Lacker says the Fed's unconventional program of buying commercial financial assets is dangerous and should be ended now.

He's a well-respected politician who hates politics. This year's gubernatorial race barged into his office when he was asked to investigate whether Ken Cuccinelli (No. 4) violated state ethics laws. His answer? No.

Royall's company helps colleges and universities raise money. And he and his wife, Pam, give much of theirs away. They've been major players in the local arts scene, and this year he was tapped as president of the Virginia Museum of Fine Arts' board of trustees.

He's respected in the statehouse for reaching across party lines and is known for making soothing calls to House Republicans when they start getting rowdy. In Richmond, his company has a new downtown office tower rising — part of which is being subsidized by taxpayers. Sounds like a sweet deal.

He was there when the innovative no-haggle concept helped launch CarMax as an industry disruptor. And for the past seven years he's been at its helm. The company continues to be a market leader, with attractive first-quarter sales and revenue growth just announced last month.

The Gottwalds have always been rich. Now they're richer, with family company NewMarket Corp., a maker of petroleum additives, posting a record $2.2 billion in revenue last year. They give a chunk of it to Republican candidates and local charities.

John Norman was touted as a visionary for the company's future, but after a long search and a short stay, he left last summer. Joe Alexander took his spot as chief creative officer, and in February, Matt Williams was named chief executive — duties previously held by Adams, who's chairman. Hughes is president. A lot of shuffling, some layoffs and a little Pizza Hut uncertainty, perhaps. But Martin remains a respected and influential presence, with nearly 500 Richmond employees.

As one local politician put it, no one wants to piss off the Free Press, especially in an election year. With an unflinching pen, Boone has a soapbox and he uses it. 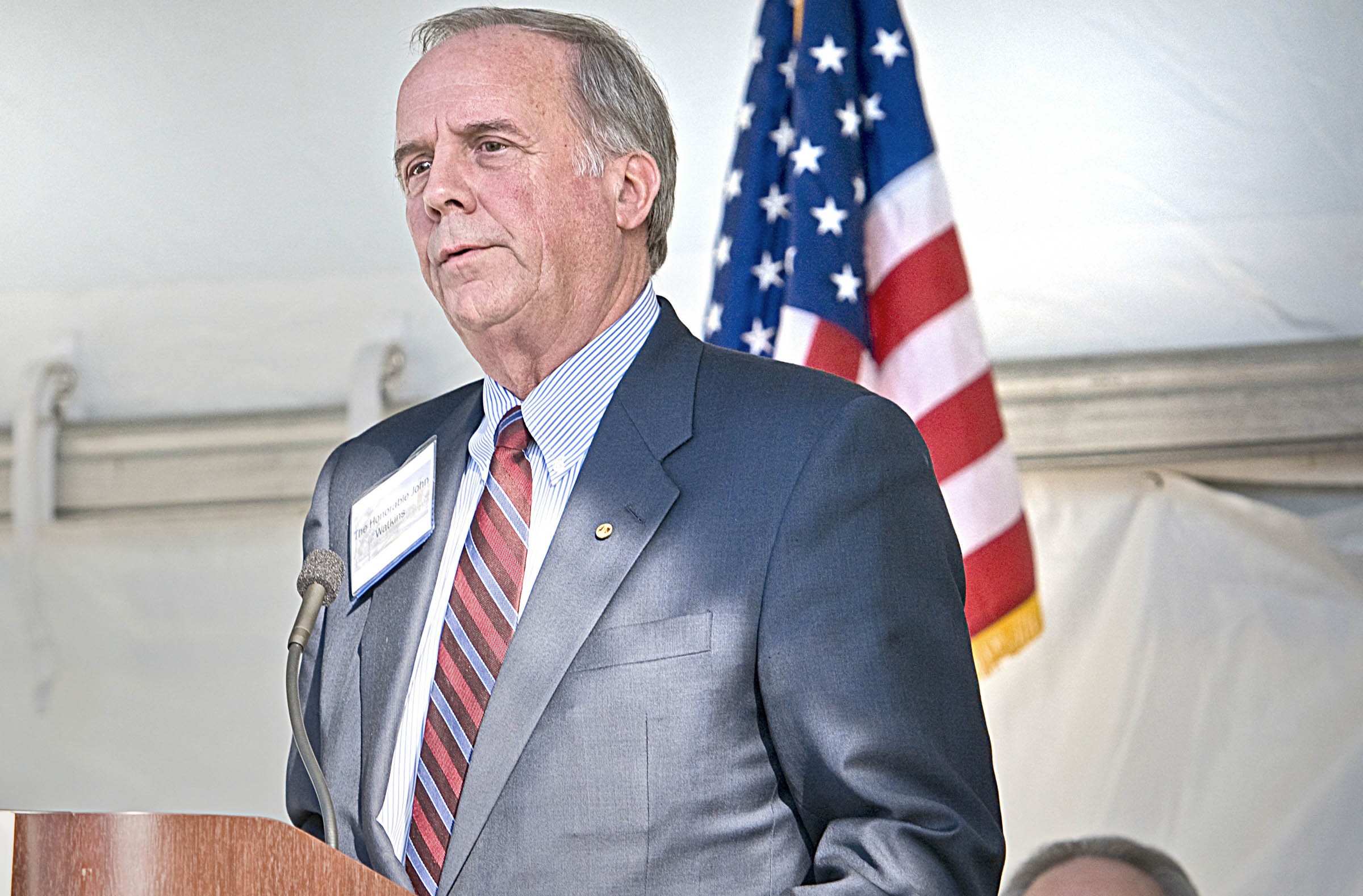 He may not be afraid to speak out as a more centrist Republican in Capitol Square, but he sprang a surprise redistricting plan while civil rights veteran Sen. Henry Marsh was at Obama's inauguration and the move got him thumped. Some are still wondering exactly what he was thinking.

Increasingly well regarded, she's the mayor's liaison to state political muckety-mucks. They like her. And this year she was the administration's point person overseeing plans for the Redskins training camp.

His daily newspaper may not be a model of innovation, but information is power. And Silvestri kept his job when billionaire Warren Buffett bought the paper last year. Silvestri continues to be a leading voice championing regionalism — along with his rah-rah-Richmond columns, including one about how he bravely opened all the blinds at T-D headquarters.

The former banker and grocer is well known enough to warrant the issuing of a press release when he backs a gubernatorial candidate — in this case, Terry McAuliffe. He's connected to the community in many ways. And though Richmond may not be a hotbed of venture capital, Ukrop is sought by young entrepreneurs for advice (and money) and is a partner in New Richmond Ventures.

With a city government as dysfunctional as Richmond's, the city auditor can feel like a superhero. His report on the city's Social Services Department cost two high-level officials their jobs and outlined just how bad things had gotten.

The son of philanthropists Lora and E. Claiborne Robins — who made a transformative gift to the University of Richmond in 1969 — E. Claiborne Jr. has raised more than half a billion dollars for various charities, although he personally stays out of the spotlight.

The Democrat works quietly behind the scenes and is well regarded by her colleagues, who know her as one of few delegates who actually reads the text of the bills before voting. She successfully helped get the governor to take up felon's rights issues.

When UCLA made a bid for Smart in March, Richmond was afraid it might lose the charismatic young coach who took the university to the NCAA Final Four in 2011. He turned them down, and while he and his family settle into a home in the Fan, Smart seems like he might be here to stay.

Morrissey took a hit when he tried to exert influence in Petersburg politics. It turned out he didn't have as much pull as he thought. Still, we expect him to rebound quickly. It's an understatement to say the man has proven resilient.

39. Daniel A. Gecker
Developer; Member, Chesterfield County Board of Supervisors

Gecker recently handed over his chairman's gavel at the Chesterfield Board of Supervisors and Greater Richmond Partnership, but he still serves on both boards. As principal in Urban Development Associates, he also has his hands in much of the city's development.

Just when you think downtown and Shockoe Bottom couldn't fit any more lofts, apartments and condos, local developers prove you wrong, finding new places to turn around. A father-and-son team, David and Brian White of Main Street Realty and SWA Construction, are in the thick of things.

Although the Masseys no longer are rolling in coal, they're still splashing in cash. Massey spends his days managing the family investments and giving money away to worthy causes.

The corporate law attorney is an influential partner at one of Richmond's behemoth law firms. He recently turned over his president's gavel on VMFA's board of trustees, but remains on the board.

People in politics pay attention to Green, a former president of the Richmond Crusade for Voters. After a recent Free Press op-ed he wrote offering solutions to help Republicans engage black voters, gubernatorial candidate Ken Cuccinelli (No. 4) met with prominent African-Americans to talk about just that. Coincidence? 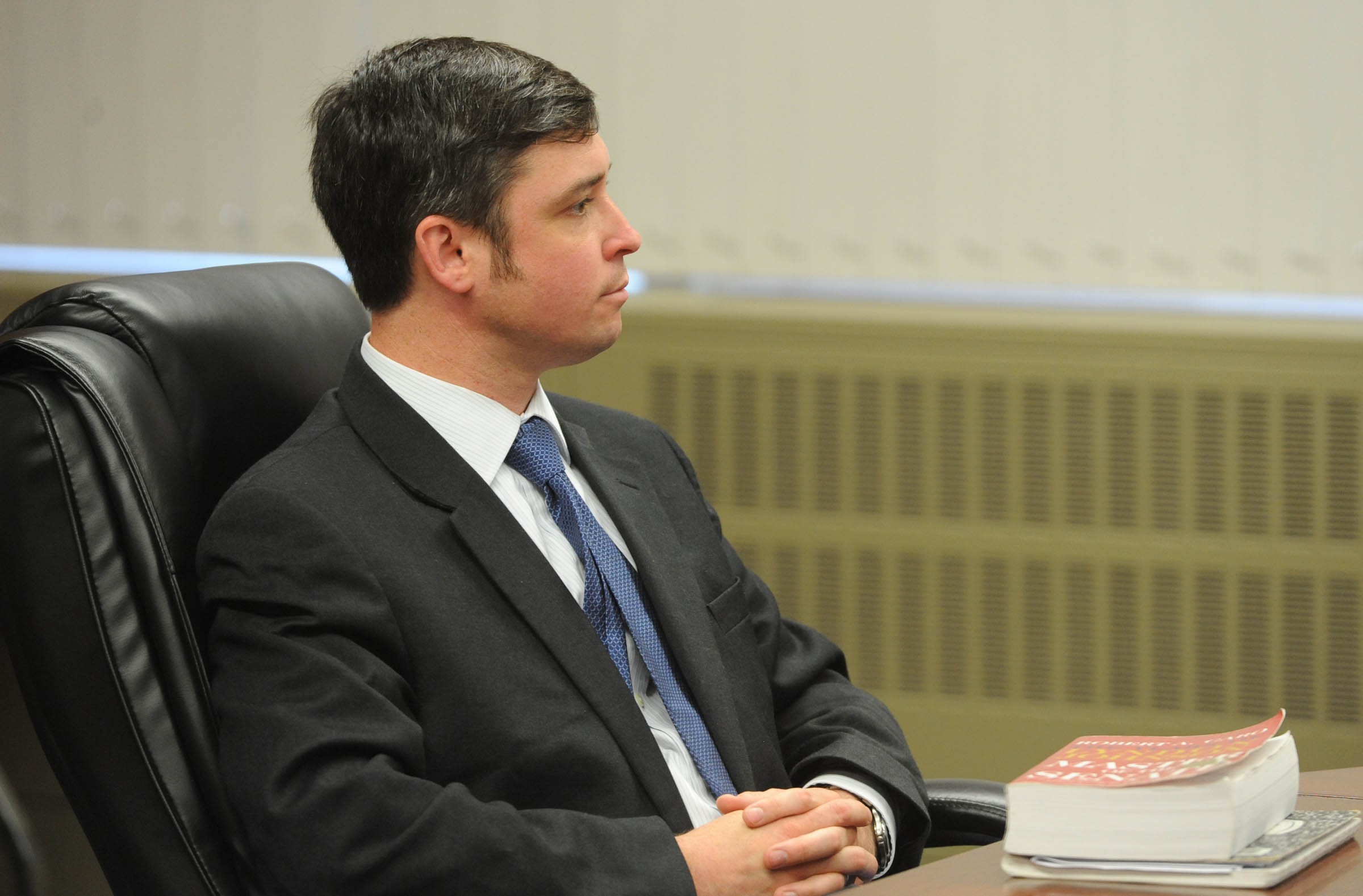 He's become increasingly bold in his first year as City Council president. Sure, his attempt to shoot down plans for a Shockoe Bottom ballpark failed, but he showed he's willing to challenge the mayor (No. 1).

The departure of Sa'ad El-Amin may have done a little to diminish Khalfani's voice, but still, no one wants to get an angry email from him. It was true last year, it's true this year and it will be true next year. 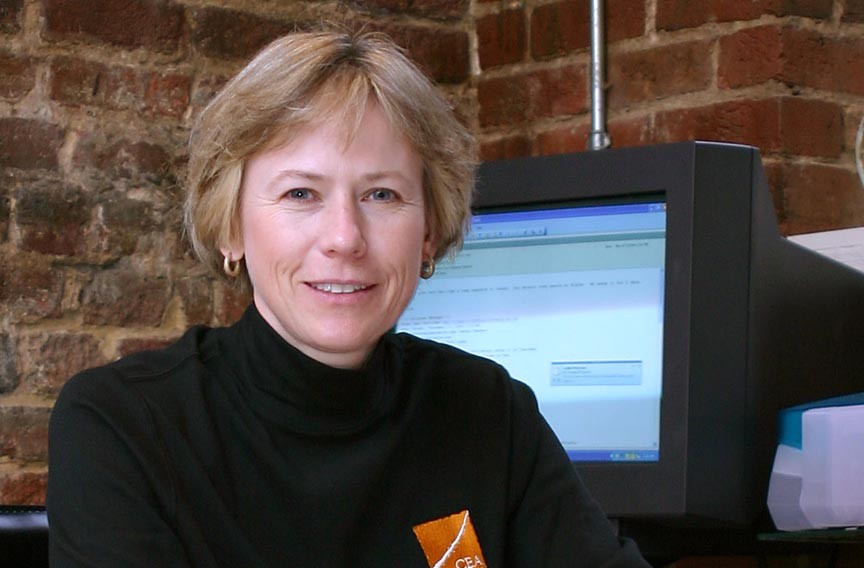 Chmura debuts on the Power List because she's everywhere you turn these days. Founder and head of Chmura Economics & Analytics, she leads a small firm that has a huge impact. It analyzed the economic effects of eliminating the gasoline tax and adding the Redskins training camp. She's criticized for her optimistic estimates and for being too close to public officials, but, as one Republican operative says, for anyone who takes the time to look, her fingerprints are all over the place. 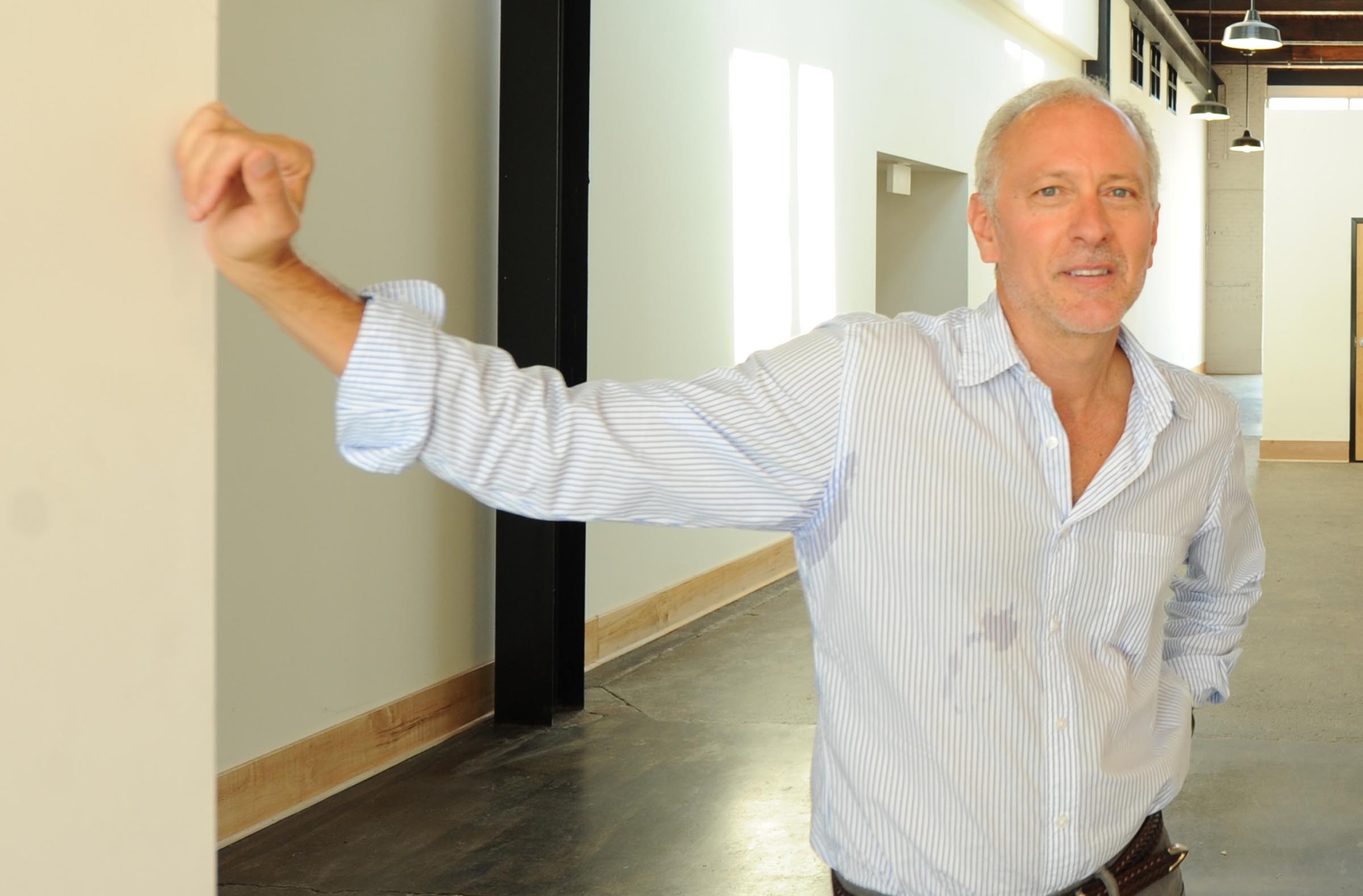 The Locks, which sits on six acres along the Haxall Canal, is open for business, renting apartments and leasing retail and commercial space in one of the city's newest and most buzzed-about developments. Papa is a partner in the venture, along with other projects that include redeveloping Manchester.

Before his recent retirement, Hazelett was a beacon of suburban managerial enlightenment for more than 20 years. Now a member of the Richmond Metropolitan Authority, he's expected to bring his tough and skeptical views to conventional regional wisdom. And sometimes, the freedom of retirement can empower you.

His peers chose him to chair the school board in his first year on the job, and he's the former deputy chief of staff to Mayor Jones (No. 1). Bourne is viewed as having restored some measure of public confidence in the board already, though keeping it from succumbing to one embarrassing episode after another isn't making his job any easier.

Unlike some of his counterparts on City Council, people don't roll their eyes when he opens his mouth. His criticism is typically valid, reasoned and gets results. This year he singlehandedly got $1 million more out of the Bon Secours deal for city schools when he cried foul on the Redskins' deal.