Some of Richmond's most compelling moments, as captured by Style photographer Scott Elmquist.

Published at Styleweekly.com, Sept. 15. Dimitri "Meechi" Williams, 6, takes a break from his work on the Art 180 mural at the RVA Street Art Festival, where he was helping his father, Mikemetic Kemetic.

Photographer's note: As I wandered through the amazing RVA Street Festival mural project I noticed Williams quietly painting away next to his dad. The wonderful sprawling colors on the bus depot wall combined with his gorgeous skin tones and unruly head of hair made this irresistible. When I asked him to pose he propped one hand on his hip and held up the brush up simultaneously. Everything came together in a matter of seconds.

Scenes from Dominion Riverrock: Published May 21. Rocky's Big Creek airs it out Sunday during the Subaru Ultimate Air Dog competition at the Dominion Riverrock Festival on Brown's Island. He won fifth place — his best jump was 19 feet, 2 inches — in the senior elite division.

Photographer's Note: Dog after dog jumped, so the shooting was easy to figure out. What sets this image apart from a cute dog photo is that I managed to capture a fierce competitor. One frame prior to this and Rocky looks like a normal lovable lab. In this image, the dog turns a little Cujo with the jaw locked, huge fangs, eyes rolled back and drool flying. Every ounce of his energy is focused on that tennis ball. 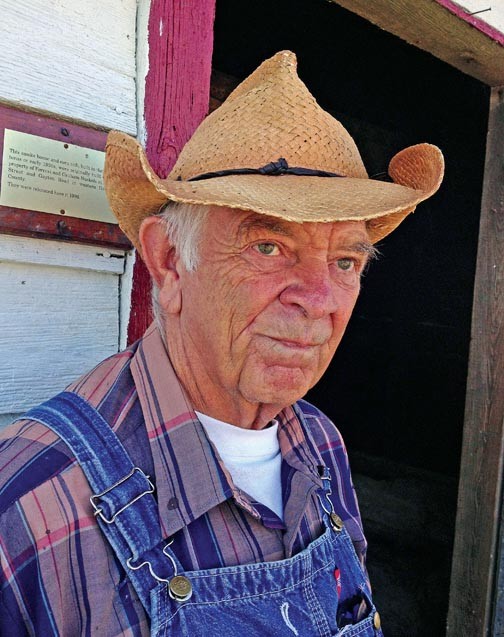 Photographer's Note: I was at Field Days with my daughter just strolling around when I saw Holbrook. When I asked him to stand for a portrait he responded like most men of his generation. "Sure, why not," he said, chuckling. I was only carrying my iPhone, which worked great. I immediately uploaded the image to Style's Instagram feed and then it was back to ponies and ice cream. 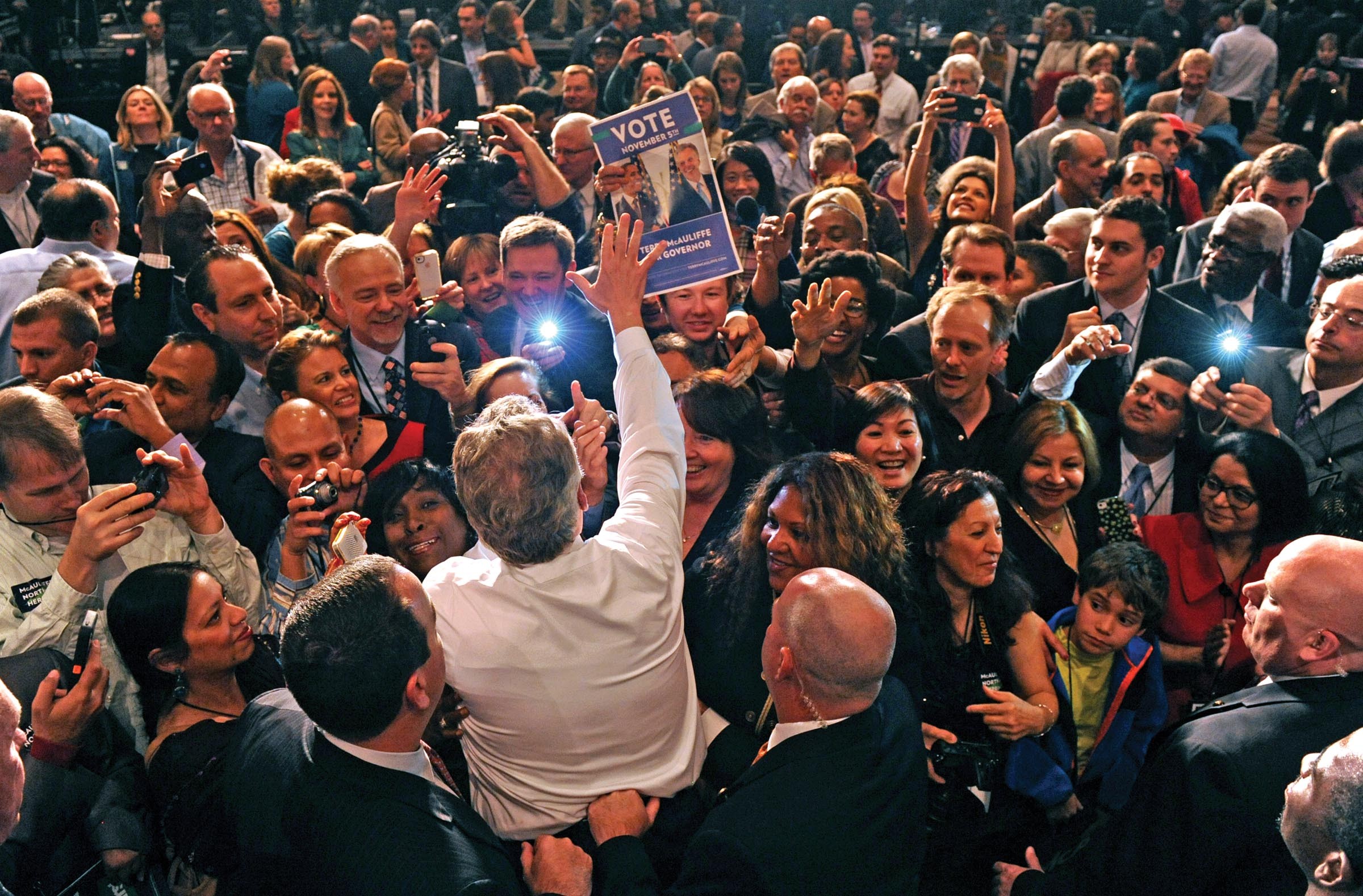 Terry McAuliffe Election Night Highlights: Published at Styleweekly.com Nov. 5. Terry McAuliffe wins a tight race for governor. He was joined in Tysons Corner by his family and Democratic Party luminaries such as Sens. Mark Warner and Tim Kaine.

Photographer's Note: After the acceptance speech, politicians always "work the line" while photographers jump onstage to get a good vantage point. I elbowed my way in and waited. This image works well because all the energy is directed toward McAuliffe. I love the guy with the smart phone just as his flash goes off with security holding McAuliffe's belt so he doesn't tumble into the crowd.

Grief Struck: Published Feb. 5. Teddy Parham is among those gathered on a cold Friday to remember Farooq M. Bhimdi, owner of the Express Way convenience store on Mechanicsville Turnpike. He was gunned down inside the store Jan. 28. The next day, Henrico police arrested Jamon Burroughs, 19, charging him with Bhimdi's murder.

Photographer's Note: The challenge here was shooting after dark. I'm not a huge fan of flash photography at a vigil, it's just too intrusive. So I used the ambient light from the convenience store window and a high ISO rating (film speed) of 6400 to stop the action. This coupled with fast lens (2.8) on the Nikon enabled me to shoot in pretty much pitch dark.

Word and Image: Published May 14. Lynda Farley, 61, is a dog breeder and smoking ban opponent who talks with Style during her swing through town: "I am a ticked off grandmother from Kentucky," she says. "The only reason I went through Virginia on my way to the Houston art-car parade from Kentucky is because I've been being harassed lately in Virginia, and I had to go to court in Fairfax on the sixth because of a $30, no-points harassment ticket I got in my award-winning art van."

Photographer's Note: I was driving west on Main Street near Shockoe Slip when I noticed this van. I tailed it until I could pull alongside at a stoplight, where I told the driver I would love to get a photo. She pulled over and we started chatting while she chain-smoked. I heard her life story in a matter of minutes before she took off. I gave staff reporter Ned Oliver her contact info and he interviewed her over the phone.

A Chemical Romance: Published July 16. The embattled McDonnells at an Executive Mansion social function celebrate the growth of the Virginia wine industry.

Photographer's Note: The atmosphere at this function was festive because of the industry's success. But because the event took place during the height of the Star Scientific gift-giving scandal, the McDonnells appeared to be uncomfortable. The expressions on their faces and the clenched hands tell the story. Not even fine wine could cut the tension of the moment.

Color Me Rad 5-K: Published at Styleweekly.com, April 21. Five days after the Boston Marathon bombing, 9,500 runners participated in the Color Me Rad 5-kilometer race at Innsbrook, which raised $30,000 for the Special Olympics and another $1,500 for the bombing victims. In these races, runners are hit with dye packets throughout the 3.1-mile course. Color Me Rad has 100 such races scheduled throughout the country and in Canada this year.

Photographer's Note: The scene of runners with their arms raised, getting doused by chalk, has been done by photographers everywhere. I preferred this more intimate moment, in which hand meets hand and the chalk flies. Everyone's pretty much anonymous because they are covered in chalk and wearing sunglasses, so to me it's more about the impact. And yes, everyone gets covered in chalk, even the photographer.

Photographer's Note: I wasn't sure Moates would stand for a photo. When she showed up I couldn't help but be intrigued by the petite woman wearing a pink sweater who owned a gun shop. I asked her to stand behind the counter and she suggested holding the 9 mm Ruger. Her deadpan expression lasted only long enough for the photo and then she started joking around with the employees.

Scenes from the Vigil for Robert Poag: Published Oct. 8. Richmond's 24th homicide victim of the year is Robert L. Poag. The 29-year-old was shot to death Sept. 24 in the 2100 block of DeForest Street in Whitcomb Court. Among those attending was Poag's brother, Anthony, who placed candles in the holes he says the bullets left in the concrete.

Photographer's Note: I stared in disbelief when I found out the candles were placed in holes left by the bullets. Knowing I couldn't go in tight, I backed off and let the candles light the scene. The darkness surrounding Poag's brother gives the scene a fitting but unfortunately ominous tone.

Scenes from the Vigil for Robert Poag: The vicitm's cousin Adrianna Avery, 9, is comforted by Felicia Dixon, Poag's mother.

Photographer's note: The most heart-wrenching aspect of a murder vigil is the children's reaction. This image pretty much tells the story of the pain involved. The shirt worn by his mother shows Rob as a young child and then as an adult. So we see him and then we see the heartbreak in his young cousin's eyes. I intentionally cropped the image when I shot this to exclude the mother face. The image's impact is derived from the child's eyes and tears.

Everyday Ephemera: Published Aug. 6. Margot Krëhbiël, 28, talks about her love for cameras for a feature that profiled local collectors. "I've been a student my whole life. The fact that this simple box can make an image — that curiosity you have as a child always had me completely enthralled. You can take millions of photos before you know you have the right one." Her collection numbers around 250 cameras.

Photographer's Note: Krëhbiël's talent with a camera translates to knowing how to pose. In addition, she helped me prop the shot with the vintage cameras, vintage photos on the wall, and knew how to hold the Rolliflex. Her look matches the cameras she collects, classically beautiful, yet complex.

Hoops and Heartbreak: Published Oct. 22. A young man of promise is cut down by a shot in the dark. At the vigil for Garrick Ellis, friends hold their hands high, thumbs and forefingers touching. Garrick, a stellar basketball player, made this gesture when he sank a shot. It meant "10," a reference to his jersey number.

Photographer's Note: It's difficult to predict the number of people who will attend a vigil. Sometimes 20 people show up, and in this case around 400 showed. The scene was fairly chaotic with several small vigils going on within the bigger one. Finally everyone gathered around a police car and the members of the basketball team raised their arms in unison. The only way to get the scope of the scene was to "helicopter" — raise the camera overhead and snap away — while the moment unfolded. Although I'm not a fan of shooting without looking through the viewfnder, I had no other option. 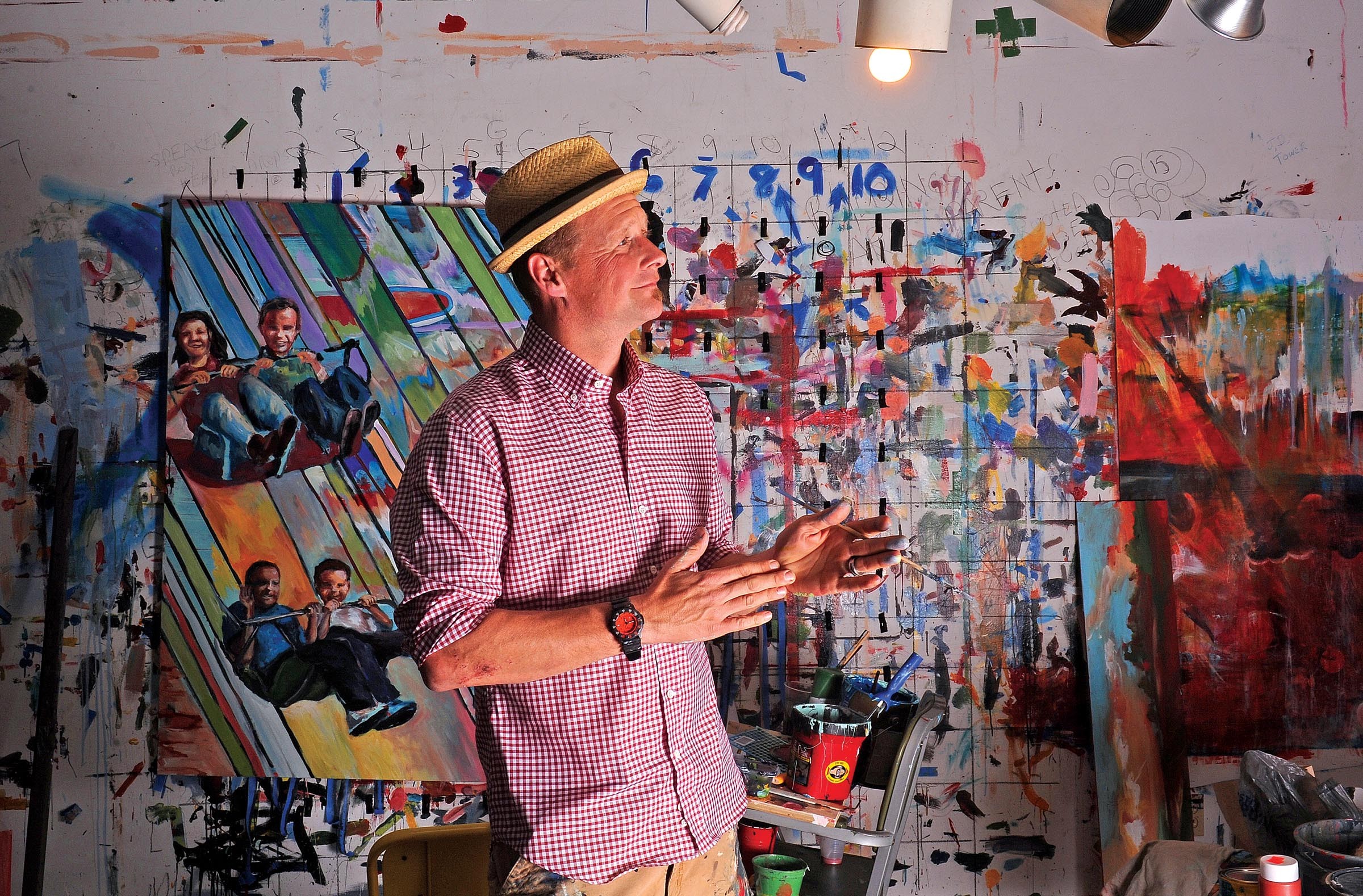 Street Smarting: Published May 7. In the weeks leading up to his monthlong exhibit at Glave Kocen Gallery, painter and muralist Ed Trask prepares in his Shockoe Bottom studio.

Photographer's Note: When I saw the wall I knew that would be a perfect backdrop for a portrait. I loved the chaos and it tells the story about his process. Trask is a visually interesting character and to not capture that element of his personality would be a huge failure. I set up a light off camera and simply asked him to look away. He held his hands together and the shot was over quickly. The placement of his hands, the paint on his shorts and the signature hat work in conjunction with the backdrop to make a compelling image.