Defining Moments: The year of risks and rewards in Richmond dining. 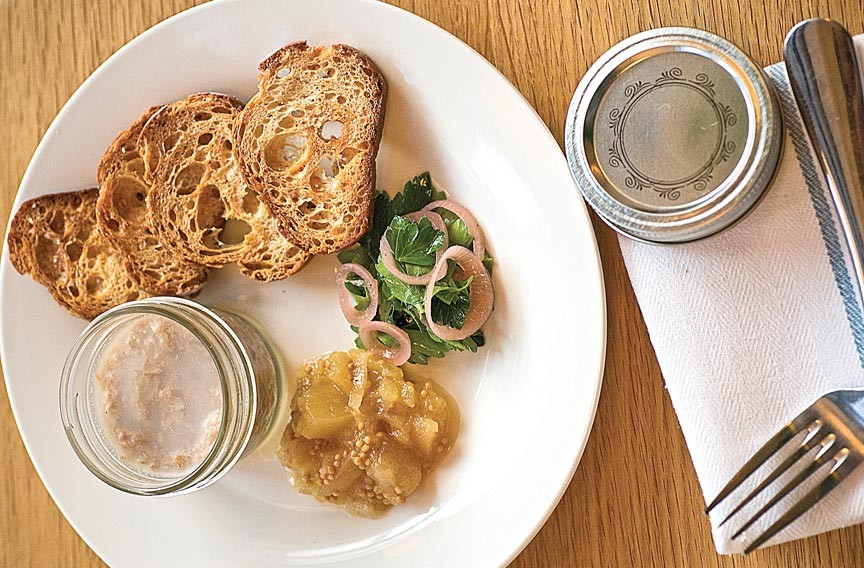 This may be a watershed moment for Richmond restaurants. Chefs seem to be more ambitious and competitive — and customers are responding. Menus are teasing a few culinary risks between the steaks and crab cakes. Innards, outers, terrines and rillettes, skins on, eyes open, guts, bellies and balls, the odd glistening mysteries are sucked up by a dining niche that disdains the dumbed-down and overplayed. And if nose-to-tail grosses you out, now vegan options never are far.

Restaurants that seemed certain to flail are hanging on despite some precarious guest-free evenings. Some are managing to expand around the state, especially if they serve beer near campuses. Food trucks are still figuring out the numbers and the rules, and pop-ups are charting ground. Everyone has a concept, and each one takes longer to execute than expected. Are we over-occupied with restaurants? Is the next wave of about-to-opens pushing us past any sane ratio or margin?

Richmond, for all its oft-perverse instincts, loves to find places it can jam right away. Even at 5 p.m. it's sometimes impossible to get a table at Stella's or the Roosevelt. The bars at Blue Goat and Portico rarely see a quiet moment, and Peter Chang has two phone lines plus the human one. The old reliables — and we have many such places — mostly are flush but not complacent, and they deserve attention beyond the noise about new.

Service seems more proficient — and there are servers so attractive here they seem cast instead of hired — but table legs still wobble, and yes, it's time to wipe down those laminated menus and salt shakers. Parking always will be a problem, but cabs and valets and a drinker-friendly bus are stepping up to assist. Farm markets and artisanal producers are flourishing, and local food and drink tastes better and more varied than ever.

Richmond seems to have grown into its long-desired restaurant cred this year, and all across town, chefs are busy prepping for tonight.

Click here for the rest of the 2012 State of Plate features.