2011 Richmonder of the Year: Shaka Smart

From obscurity to the Final Four - and back - VCU's unheralded coach inspires a city.

To hear more about Coach Shaka Smart and how he captured our attention in 2011, tune in to the following shows where News Editor Scott Bass will discuss his story:

• And click here to hear our discussion with Jimmy Barrett on WRVA 1140’s “Richmond’s Morning News,” which aired on Tuesday. 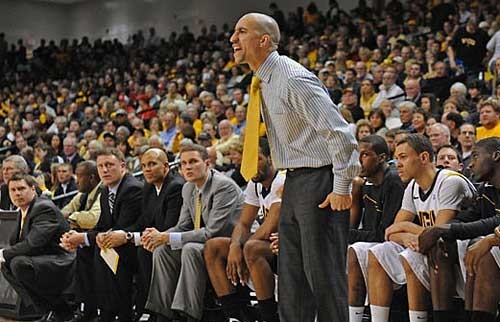 A GIANT TRUCK tire sits on the sidelines during basketball practices at the Siegel Center. It's usually wrapped in a bed sheet, which allow it to slide across the hardwood. Sometimes the tire is filled with weights, making it more difficult to push. Players must get low to shove it forward, which creates a burning sensation in the hamstrings, the lower back, thighs, calves — pretty much the entire body.

The drill was devised by Daniel Roose, strength and conditioning coach for the men's basketball team of Virginia Commonwealth University, and it serves as a potent symbol of the blue-collar work ethic required of players under Coach Shaka Smart.

"If you are not doing the right thing," former player Ed Nixon recalls, "you are going to have to go over there," meaning the tire, which tends to grow with each retelling, like a myth. Nixon, one of the four seniors on last year's team, still has close ties to Smart — and the tire. It wasn't that moving it was extremely hard, he says, but it added an aggravating, temperament-pushing dimension to the already brutal practices.

But that's not why the tire is important. In a magical year that launched the Rams — and Richmond — into the national conscience with a trip to the Final Four, the tire embodies all that is Coach Smart, and all that isn't. What most coaches would use as intimidation, a tortuous and cruel drill, Smart uses as a daily affirmation of the transformational qualities of discipline and hard work. Want to be great? Hit the tire. Smart doesn't punish players in the militaristic sense, he motivates by constantly reminding them why they came to VCU — to push themselves to be great. Don't be a hypocrite, hit the tire. 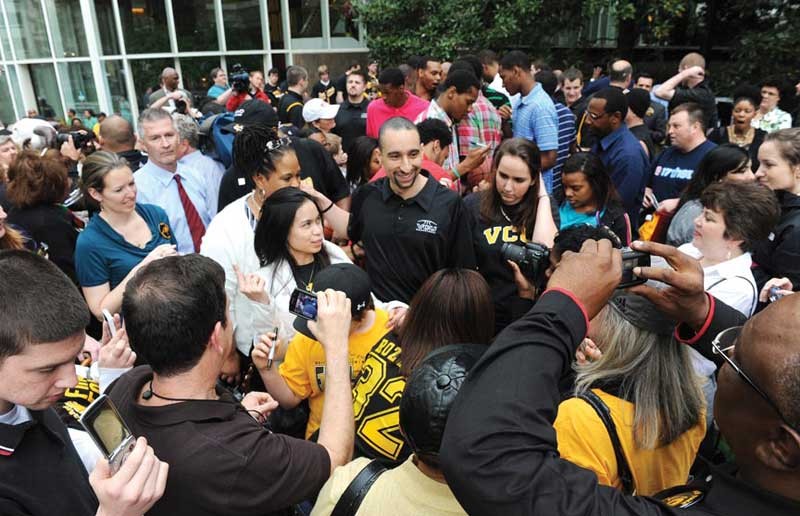 It's also not a bad place for Richmond to start. This is a town searching for an identity, especially after the economic turmoil of the last four years. Richmonders too often find comfort in the way things were, which breeds complacency about confronting the future. When Smart was hired as the Rams' coach in the summer of 2009, considerable angst followed the loss of his predecessor, Anthony Grant, who took the team to two NCAA tournaments, beat Duke on national television, and generally was beloved. Smart inherited a team, and a city, that saw its better days in the rearview.

For giving Richmond a reason to flood Broad Street en masse, for the pure joy of seeing an undersized, scrappy team of underachievers take out five bigger, more-talented teams en route to the Final Four, for giving Richmond a blueprint for how to become great, Shaka Smart is Style Weekly's 2011 Richmonder of the Year.

Yes, it's only a game. Basketball won't solve our spiking poverty, crippling unemployment or lead to more businesses relocating here. But in 2011, Smart helped Richmond see itself as something more than an old city mired in what was. A group of unheralded players cast aside their hesitations, found a leader in their diminutive, giant killer of a head coach and became the greatest upset story in NCAA history. 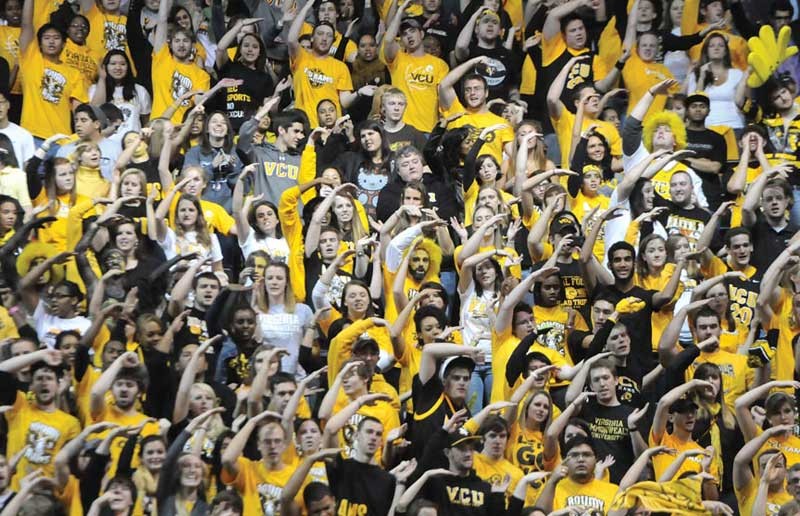 RICHMONDERS SHOULD BE content to buy their commemorative T-shirts, have a beer at the bar and reminisce. Where were you when the team bludgeoned Georgetown and Purdue by a combined 36 points? Or the 1-point victory over Florida State in the Sweet Sixteen, when Bradford "Big Shot" Burgess found the net as time expired? And who could forget Kansas, then the last remaining No. 1 seed in the tournament — with the giant Morris twins and all that history (Kansas' first coach in 1898, James Naismith, actually invented basketball) — which the Rams were beating by 14 at halftime?

To be fair, no one really saw it coming. Especially Richmonders. This was a team that was blown out of the Robins Center by its cross-town rival, the University of Richmond, lost five games in February and universally was dismissed and derided by the basketball pundits for even getting into the NCAA tournament. Smart used it all as motivation. The Rams didn't just advance to the Final Four, eking out a handful of close wins. They bludgeoned the competition. With an unrelenting defense that never stopped pressing, the Rams beat the University of Southern California by 13, Georgetown by 18, Purdue by 18 and Kansas by 10.

At 34, Smart easily could have cashed in on his magical run. The most popular coach in the country for three weeks in March, the energetic Smart dove after loose balls during televised practices, strutted up and down the sidelines and gave inspirational speeches in the locker room before games. The week after VCU lost to Butler in the Final Four, he was offered the job at N.C. State, and was rumored to be a head-coaching candidate at several other higher-profile schools.

No one would have blamed him if he left. His predecessors, Grant and Jeff Capel, used VCU as a launch pad to bigger jobs at Alabama and Oklahoma — bigger schools with bigger budgets and bigger paychecks. But Smart chose to stay. A group of young, athletic recruits were on the way, and he liked VCU. His wife, Maya, loved Richmond and was pregnant with their first child (Zora's now 3 months old). The university signed Smart to an eight-year contract in early April, with a base salary of $1.2 million a year, a healthy raise from his previous salary of $350,000. Still, he left $800,000 on the table in turning down N.C. State, which reportedly offered Smart $2 million a year.

"People talk about a window of opportunity being there last year, and what if that window closes?" Smart says of the decision. "Well, it's not like a window that's in a burning building, you know. I'm in a really good place. I forget the coach that said, I think it was a football coach a while back, 'Be careful that you don't run away from happiness.' And this is a place where I'm happy." 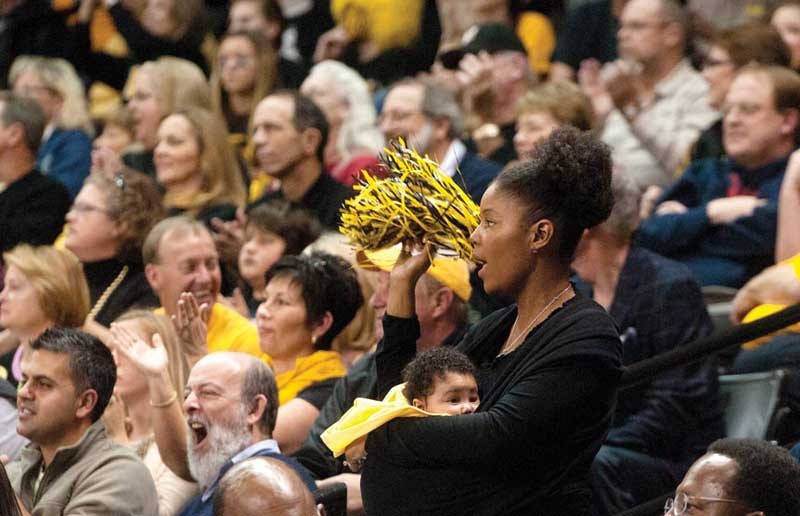 SMART'S LOVE OF basketball, by most accounts, couldn't have been foreseen. His mother came from a baseball family, and his father, who was in and out of his life, preferred soccer. "I had no influences in basketball," he says, explaining that he didn't start playing until he was 11 or 12. "I didn't really have anyone teach me basketball."

So he taught himself. He grew up in Madison, Wis., during the golden era of basketball, when Larry Bird and Magic Johnson were winning championships in the NBA, and Michael Jordan was just coming into his prime. Smart loved the game, especially Magic and the showtime Lakers of the 1980s.

"From day one, he had this big smile and he had the bubbly personality," says Kevin Bavery, Smart's high-school basketball coach at Oregon High School in Oregon, Wis. Bavery, 55, recalls first meeting Smart in the seventh grade. Bavery was filling in as a substitute teacher for a social-studies class. Smart found out he was a basketball coach, and started chattering about Magic and Jordan. Magic was better, Smart insisted. Bavery tried to convince him otherwise. "You can't win with him," Bavery says. Of course, six championships later, Smart says there's "no question" Jordan is better.

When Smart entered his freshman year at Oregon High, Bavery had just been named the varsity basketball coach, and the two reconnected. "He was the type of kid who would really do unusual things," Bavery says. During the summers, Bavery would find Smart in the gym, alone, tossing the ball into the air and concocting all kinds of hustle drills on his own. He always wanted access to the gym, and the work paid off. Smart started on the varsity team three years and left the school with the most assists in school history, 458, setting a single-game record with 20 assists. 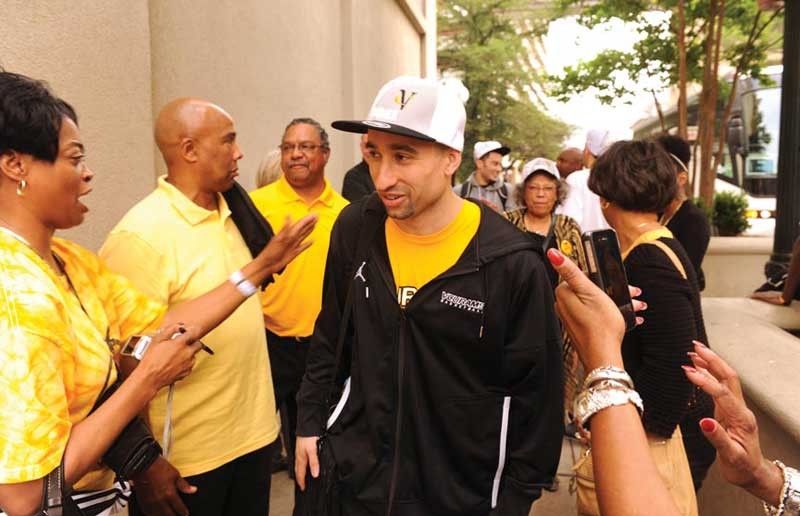 True to his name, Smart also was an academic star. Raised primarily by his mother, Smart didn't have curfews or many chores. But she forced him to excel in school. He was accepted into Harvard, Yale and Brown University, but ended up at Kenyon College, an academically rigorous private school in Gambier, Ohio, where he could play Division III basketball. Peter Rutkoff, professor of American studies and Smart's adviser while in college, recalls being asked by the team's then-coach, Bill Brown, to make a recruiting visit to Smart. He was a senior in high school, but Rutkoff recalls being immediately impressed with young Shaka. "Already, he was smart, focused," Rutkoff says. "It was pretty unusual."

Smart excelled at Kenyon, Rutkoff says, and could have gone on to enter a "high-powered Ph.D." program if he'd chosen. Smart wrote his honors thesis on the migration of African-Americans from Mississippi to Chicago. "He wrote history, he didn't just write about it," Rutkoff says. "He was among the best students I've ever had."

But Smart excelled at coaching, too. He loved to teach the game, and his tireless enthusiasm seemed to rub off on the younger players. "He's a teacher and a mentor, and his tool is basketball," Rutkoff says. Smart gets involved with his players academically; all six seniors from the last two years have graduated.

Still, Rutkoff didn't always get the hoops obsession. "At the time, I would confess that I might have said something like, 'What are you doing with this basketball?'"