A home with enough history to fill a book

Scott Elmquist One of multiple living spaces in the brick mansion at 201 Virginia Ave., owners Robert Hines Jr., and his wife, Anne, this living room prominently features antiques from the 1700s and 1800s.

If walls could talk — they'd probably scream inside the brick Georgian-style mansion at 201 Virginia Ave. in Richmond, a half-mile from Mary Munford Elementary School. 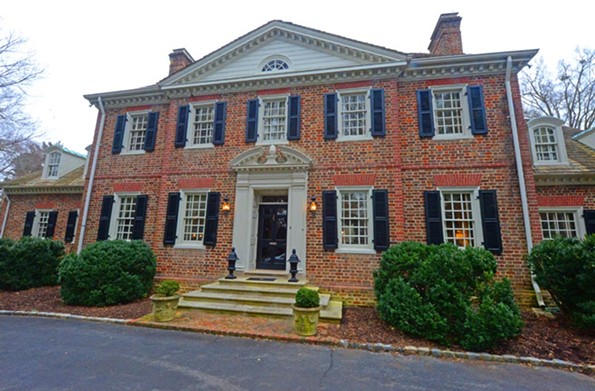 It's the happenings of yesteryear that are eye-popping, including amputations that left blood stains on the hardwood floor to this day and ghosts believed to have lingered inside.

"I believe it," owner Anne Hines says of spirits previously residing in the home. "When we arrived here. … I think that the spirits were quite glad to go on."

The walls are covered in wallpaper in many rooms, including yellow wallpaper with bright flowers in the stairwell. There are valuable antiques throughout, mostly from the 1700s and 1800s.

The storied antiques are fitting for a couple that made a name Richmond through antiques. Anne and Robert Hines Jr., who are in their 70s and raised three children, ran the wildly successful Thomas-Hines Inc. antiques store in Carytown before closing in 2014 after 42 years.

Hanging on the living room wall are 19th-century French pistols designed for duels — or as Anne Hines plainly describes: "when you go 30 steps, turn, and pow!"

Inside a glass case, 18th-century porcelain monkey band figurines made in Meissen, Germany, are situated strategically. The popular but rare figurines depict fancifully-dressed monkeys playing in a band, which Robert Hines has taken a liking to, adding to the collection over the course of years.

"Now that gentleman," Anne Hines begins, as she points at a portrait in the dining room. "He was the last rural governor of Jamaica, and he considered himself quite a ladies' man. And so, he had (numerous) portraits of himself done."

To this, I respond: "So this is like sending selfies, back in the day?"

"Yeah," Anne Hines says with a laugh, "He just thought, you know, it was absolutely the bomb."

Mrs. Hines continues to operate her interior design business under the Thomas-Hines company name. Though her own home has historical flair, her acclaim as an interior designer is widespread, serving customers with a wide array of styles.

Speaking of death, the Hines first found interest in the home on the heels of a tragic death, in which a previous homeowner died in 1968 from a fire that started from a cigarette, Anne Hines says.

The Hines first saw the house a little more than 50 years ago, just a week after their wedding. They hoped to one day live in it and kept their eyes open for the opportunity in the decades that passed.

"Robert said: 'Ah, that is a fabulous house. I want to own that someday,'" Anne Hines recalls. "He, 23 years later, bought it." 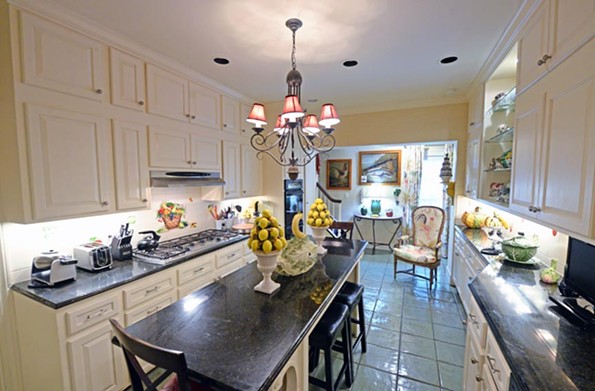 The house was built in the late 1790s with material shipped from England, according to Anne Hines.

It was originally erected in Hanover County, where it served as the home of a Northern general during the Civil War, she says, based on a book and other historical documents.

Amputations were carried out in what's now the living room, and there are still some blood stains on the original pine floor, though those stains are covered by a rug.

In 1938, it was moved to Richmond in what's now a quiet subdivision, known as Westmoreland Place, which has numerous high-end houses.

While it's rich in history, and Anne Hines articulates those stories with great enthusiasm, the Hineses certainly don't feel like they're living in a museum.

"Oh, no, this is home," Anne Hines says before chuckling. "I guess it's like the queen of England living in Buckingham Palace. It's her home. … This is just our taste. It's home to us."

Though there are antiques rich in value and history in nearly every corner of the home, Anne Hines leans on her skills as a successful interior designer to make everything flow together.

There's a lot to take in, but none of it feels out of place.

Close attention to the details proves valuable inside the storied walls, and the Hineses take pride in those details — so much so that Anne Hines spent four years creating a miniature replica of the house with even the smallest of details duplicated to perfection. 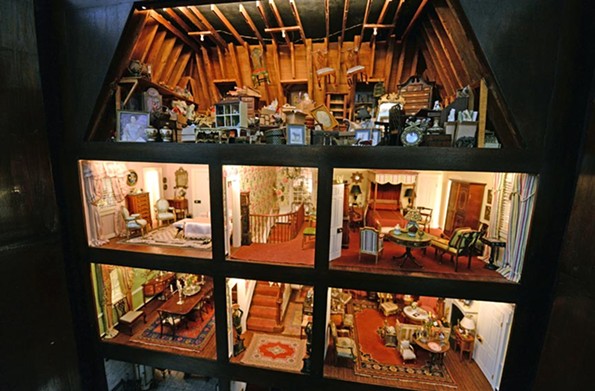 She says that a photograph taken of a room in her actual home, placed beside a close-up photograph of a room depicted in the miniature, even left friends who had previously visited the home unsure which picture was the real thing.