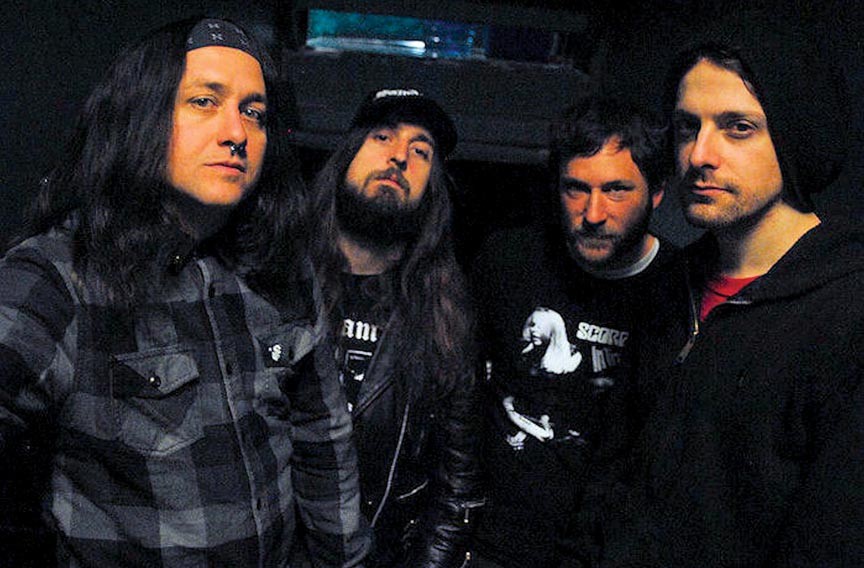 This is from the new album by Iron Reagan featuring '80s hardcore influenced thrash that's drawn early comparisons to Leeway, the Cro-Mags, and Nuclear Assault.  The hard-hitting band features Tony Foresta and Phil "Landphil" Hall of Municipal Waste, and Paul Burnette and Ryan Parish, both formerly of Darkest Hour. According to Foresta, the song was written about the local women's reproductive rights protest last year against the Virginia legislature. "The protest I was at was at the State Capitol and had 31 women arrested and carried off to jail during a peaceful protest," he says. "One of those police officers that was hog tying and carrying some of these women away was also herself a woman. I was pretty shocked that someone could do something like that. Did she even know that these women were standing up for her? So yeah, that's what that song is about." — Brent Baldwin