There's no substitute for experience. Conversations with three of Richmond's veteran servers.

The landscape of American bar culture has changed drastically since the 1950s. New products and trends have sprung up with each passing decade, each contributing to the complexity of the modern bar. The '60s saw the rise and rediscovery of cocktails now labeled as classics; the '70s introduced a host of European liqueurs and flavored vodkas; and the '90s brought us those liqueurs in shots and then shooters.

Perhaps the greatest leap forward came from behind a desk rather than a bar, with the World Wide Web's popularization in the early '90s and total integration shortly after the turn of the century. Vast cocktail recipe databases and readily available exotic ingredients accelerated the craft cocktail movement, and social media has changed how countermen draw a crowd.

Boutique spirits and craft beer are a common sight behind the bar of many local gin joints, and blogging bartenders and mixologists are conversation starters in the Richmond scene.

Whatever the changes, there's no substitute for experience. The true stars of Richmond's bars stand just out of the spotlight and beyond the gimmicks, methodically pouring pints and mixing drinks for new fast friends and old regulars alike.

While the trends roll by, these masters of the tin and glass have manned the pine, coolly placating crowds of thirsty patrons with a deft touch and a keen eye. Here are three of Richmond's most venerable bartenders. 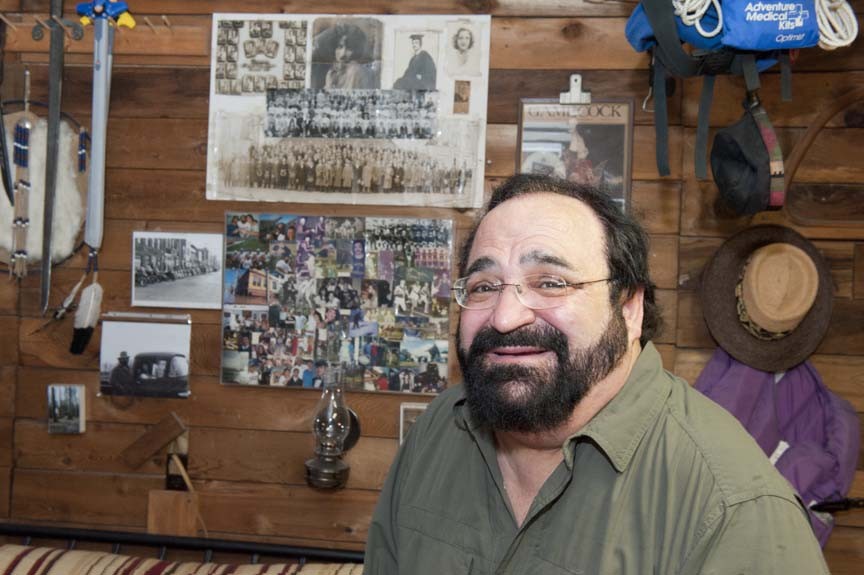 In the beginning: Chetti made his first martini at age 12, shortly after his father found him in the kitchen mixing up fake cocktails from an old Mr. Boston's Bar Guide. He was hired for his first bartending job at 16, at a now-extinct bar in Rockaway, N.J. By his senior year in high school, Chetti was tending bar at the River Boat Room in the bottom of the Empire State Building. Years later he made a lasting impression on the Richmond bar scene with the opening of the eponymously named Chetti's Cow and Clam Tavern, a shell bar next to the 17th Street Farmers' Market. After Chetti's closed in the fall of 2000, he went to work for Morton's on the condition that he didn't have to shave his beard, which has been behind a bar for almost as long as Chetti himself.

Go-to drink: Cold lager and a shot of tequila.

Calling card: "The oyster shooter. It started as two separate highball glasses — one with a fresh shucked oyster and homemade cocktail sauce, the other a beer chaser. People also did it with pepper vodka instead of the beer."

Missing ingredient: "High-quality sour mixes. They don't make them they way they used to. That and Frothee Creamy Head. Put a couple drops on top of any drink and you had instant froth as though you had shaken it with an egg white."

Funny story: "I've got tons of 'em. At Chetti's one night, this lady asked for an oyster shooter but with a clam in it instead of the oyster. I told her she could, but it wouldn't be the same consistency. She got it anyway. She threw it back before I had the chance to warn her and next thing I know, she's choking on a clam in the middle of the place. I rushed out from behind the bar and gave her the Heimlich. The clam flew out and hit the wall."

Last call: "I'm really am indebted to bartending. It taught me a skill and a lifestyle."

In the beginning: Goulding got his start behind the first-class bar of the Manx Maid, a cruise ship that ran between Liverpool, England, and the Isle of Man. "My mom got me the job. I was underqualified, but bluffed it, winged the interview and got the job." His first stateside gig was at Penny Lane, a post he held for 17 years before opening Rosie Connolly's Pub and Restaurant.

Calling card: "The Cain's lineup of beers and the different mixes we make with them. Also the Loch Ness Monster [a layered shooter of melon liqueur, Irish cream liqueur and Jägermeister]."

Missing ingredient: "Nope, I still have my Guinness."

Funny story: "We had a lot of famous people come through Penny Lane. I guess the best time I had was drinking with Robert Plant and Led Zeppelin until the wee hours of the morning."

Last Call: "I'm happy to come to work. It's fun meeting new people, helping them get that kick, oh you know, to feel merry." 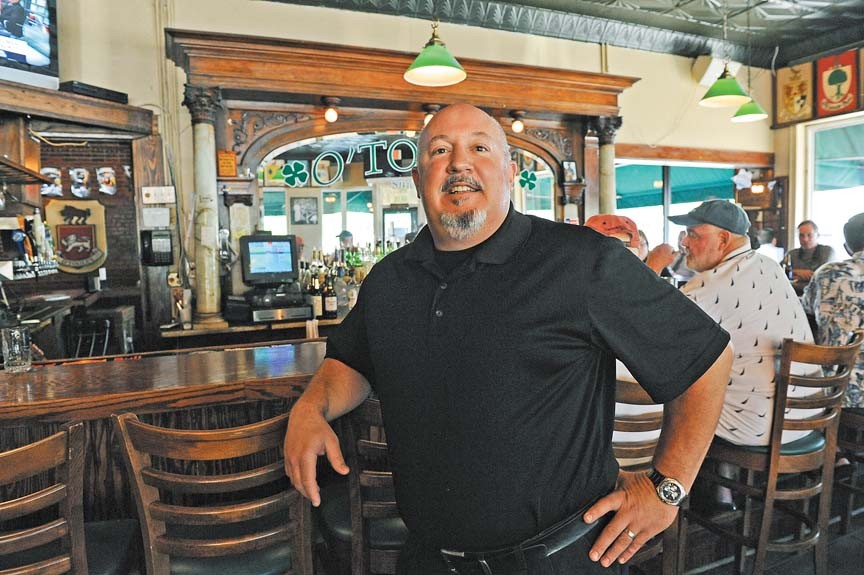 In the beginning: Behind a bar since 1986, Commander got his start at Darryl's 1907, located across from the East Carolina University campus. He continued serving up well drinks to Sandra Bullock, who worked there as a waitress, until graduation. He took a job with the Jefferson after finishing at ECU, and O'Toole's was the first Richmond bar he visited. He's been bartending there for 17 years.

Go-to drink: Cold lager and a shot of tequila.

Missing ingredient: "I can't really think of anything. I can tell you what I don't miss: Zima."

Funny story: "Every St. Patty's Day. Maybe the funniest was this guy that wanted to mix things up with me. I knew it was serious when his leather Dale Earnhardt jacket hit the floor. My biggest weapon is a SureFire flashlight. Hold that up in someone's face and they back right out the door."

Last call: "Hey Sandra, in case you're reading this, the offer to come by O'Toole's for a drink still stands."