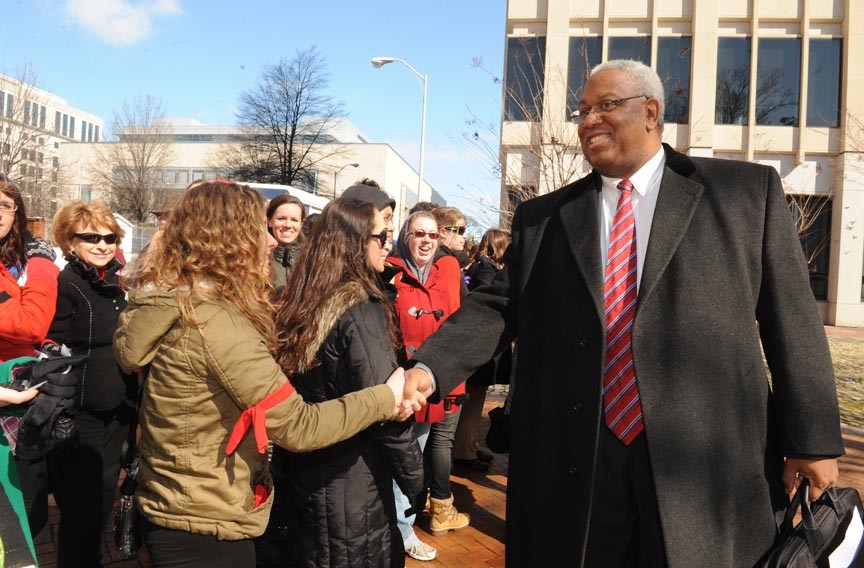 The Donald has quickly replaced Sen. Henry Marsh as the top Richmond Democrat in the statehouse. His staff helped get the Rev. Tyrone Nelson elected to the Henrico Board of Supervisors in the fall, along with Democratic underdog Shannon Taylor, who beat out two Republicans (one backed by Cantor) to become Henrico commonwealth's attorney. Earlier this year, when the Republicans in the General Assembly were ramming through their conservative agenda, including the abortion-ultrasound mandate, it was McEachin who took the stand as the voice of reason. And when Richmond Free Press Editor Ray Boone (No. 30) and Mayor Dwight Jones (No. 2) were beefing earlier this year, they met to work out their differences at — where else? — McEachin's office.