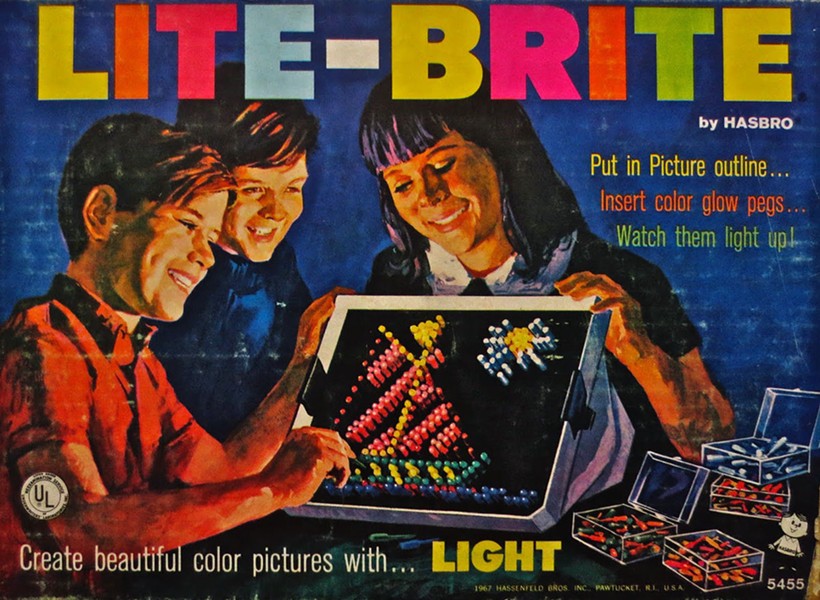 You are only as old as you feel ... until the history books slap you in the face with hard facts. It’s hard to believe that in 2017, 50 years will have passed since these definitive pop culture figures, products, events and moments made their mark.

With Hasbro’s Lite-Brite, children created jewel-like art by pushing colored pegs into pre-patterned pages that were back-lit by a light bulb. Children could make ships, houses, Buggy Bunny or Bozo the Clown. Kids loved it; parents who stepped on wayward pegs or had them clog their vacuum cleaners fumed.

In 2011, Lite-Brite made Time magazine’s 100 most influential toys list for toys released since 1923.

Jim Delligatti, a McDonald’s franchisee in Uniontown, Pa., created the sandwich to satisfy customers who wanted a bigger burger. It cost 45 cents and was worthy of its own jingle: “Two all-beef patties, special sauce, lettuce, cheese, pickles, onions on a sesame-seed bun.”

The Big Mac was a big hit and was on McDonald’s menus around the country the next year. In honor of the 50th anniversary, McDonald’s will release a Mac Jr., with one patty, and a Grand Mac, with bigger everything, on its menus soon for a limited time. Delligatti died in November at the age of 98.

Three years before, the Bahamian American actor had made Hollywood history, becoming the first black man to win an Oscar for best actor for his role in “Lilies of the Field.” But in 1967, Sidney Poitier became the most visible black man in cinema with the release of three films, all dealing with ideas of race and all hailed as classics of the period: “To Sir, With Love,” “In the Heat of the Night” and “Guess Who’s Coming to Dinner.”

By the time Aretha Franklin recorded “Respect,” an R&B hit for Otis Redding in 1965, she was not yet the Queen of Soul. She had been a gospel prodigy and a pop-jazz chanteuse for seven years at Columbia Records. Months after signing with Atlantic in 1966, the Memphis-born artist overhauled Redding’s song, famously spelling out its title midway, and became a pop icon. The song demanding equality in a romantic relationship was later adopted as a battle cry for civil and women’s rights.

In the summer of 1967, after retiring from touring the year before and taking a three-month break from the recording studio, the Beatles re-emerged with their game-changing eighth studio album. “Sgt. Pepper’s,” among the first elaborate concept albums in rock, swirls with disparate styles and esoteric lyrics but somehow manages to be accessible, becoming one of the most celebrated albums of all time.

The three-day concert held on the weekend of June 16-18 at the Monterey County Fairgrounds in Monterey, Calif., embodied the mythologized counterculture and “Summer of Love” in 1967. It also set the template for Woodstock two years later and several of today’s summer festivals, including Coachella. Beyond that, the festival also launched the pop stardom of several of its performers, including Janis Joplin, Steve Miller and Otis Redding, who died in a plane crash six months later at age 26. 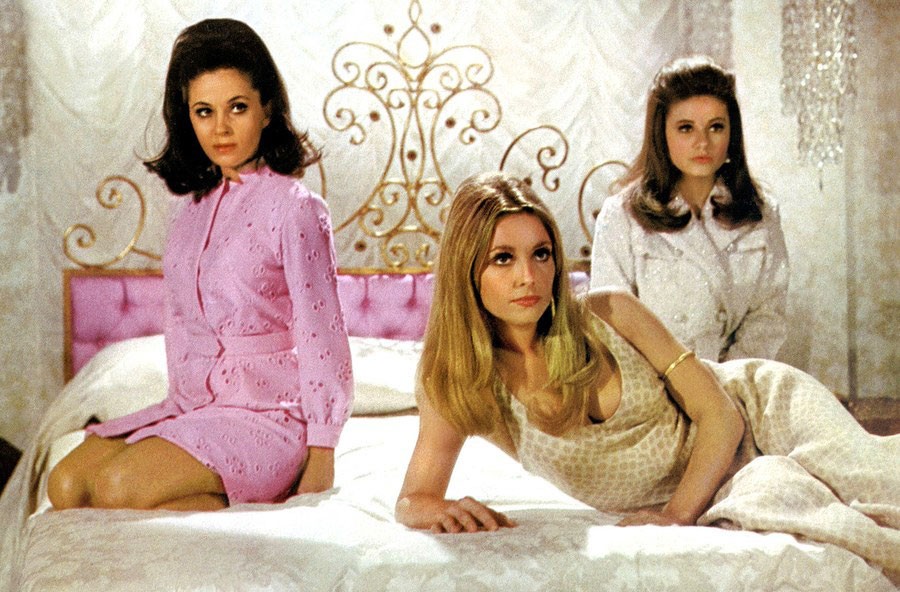 "Valley of the Dolls"

The movie based on the Jacqueline Susann 1966 best-seller hit theaters the week before Christmas. The tawdry tale of romantic disillusionment and pill popping starred Patty Duke, Lee Grant and Sharon Tate. The title song from movie also became a huge pop hit for Dionne Warwick that year. The brutal murder of a pregnant Tate by the Manson family two years later added a shroud of darkness to the film’s cult classic status.

Rolling Stone magazine was born in San Francisco when two men decided the world of rock needed a new voice. College dropout Jann Wenner joined with Ralph J. Gleason, a reporter with the San Francisco Chronicle who had covered jazz for decades but agreed more space could be given to Bob Dylan and the Grateful Dead. They got investors and a group of volunteers to produce the first issue. Two days before press time, the group was scrambling for a cover. Wenner went through a stack of publicity shots, according to www.rollingstone.com. He liked one of John Lennon posing in a military uniform for the movie “How I Won the War.”

The model formerly known as Lesley Hornby had been on the rise in London, but it wasn’t until she set foot in the United States in March 1967 that her fresh appeal – super thinness; short, boyish haircut and flair for mod fashion – fully transformed style aspirations. Twiggy set the course for what’s considered a supermodel – one who could command several platforms. Plus, she had her own magazine.

The first countertop microwave was released by Amana and was called the Radarange. Microwave ovens weren’t new, but those of the past had been as large as refrigerators and much more expensive.

The Radarange stood just 15 inches tall, though it weighed a hefty 90 pounds. It was powered by a 115-volt current and had 650 watts of cooking power. Sales were slow in the beginning. It retailed for $495, about $3,560 in today’s dollars.