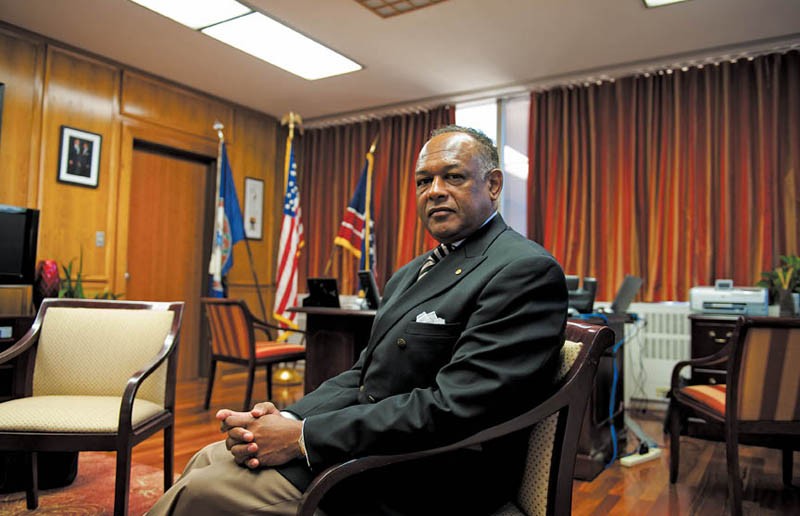 Broken circuits aren’t always easy to fix. After the political storm that was former Mayor Doug Wilder, it’s taken a lot longer to turn the lights back on.

Richmond has been in a protracted state of transition since Wilder left office in 2008. We watched and waited: Who would emerge to take control of city politics? Post recession, who would be the new corporate chieftains? Who would control the area’s resources? Is Jim Ukrop still around?

In 2011 we’re still waiting for the emergence of the people who will use their power to push the city forward. And that’s led to a stark realization: Perhaps they aren’t coming. Perhaps the city’s biggest executives aren’t serial entrepreneurs, but place holders, more interested in maintaining wealth than taking chances. Most of our politicians aren’t civil rights-era trailblazers anymore, but the benefactors, the second-comers who never learned how to fight. What we got is what we got.

At the top is Mayor Dwight Jones, who’s slowly consolidated power at City Hall, building his administrative team piece by piece, installing his people on city commissions. His chief administrative officer, Byron Marshall (No. 12) is gaining respect as a capable manager. Meanwhile, an acquiescing City Council became even more ineffectual, bottoming out in the wake of a sexual harassment scandal involving liaisons for Council President Kathy Graziano and her chief rival, Councilman Bruce Tyler.

That’s how we find Jones: a man with a broad network of connections harkening back to his years in the General Assembly, with no real contender waiting to challenge him during the next election. And in a completely different realm of power, he remains chief shepherd of one of the area’s larger flocks, First Baptist Church of South Richmond.

Then there’s the plan for a new, $116.6 million jail, Jones’ most ambitious project since taking office in 2009. Maybe the jail is symbolic for all the wrong reasons, but Jones is making it happen. He inherited the project from Wilder, tweaked it, and after two and a half years of meetings and lots of backroom politics, recently unveiled his vision for the new “justice center” in the East End.

Forget for a moment the futility of chalking up political points for buildings — Richmond CenterStage, the Greater Richmond Convention Center, the federal courthouse — and consider that the jail, in fact, is a huge economic stimulator. At least it is during the construction phase, spread over three years, accounting for 400 jobs and millions of dollars to building contractors hard-pressed to find work. The deal includes some revitalization of neighborhoods in the East End, too — to grease the skids with people who don’t exactly see bars and barbed wire as good for the community.

Sure, it’s messy. There are questions about where to build it, whether the contract was awarded fairly. City Council will have to approve the mayor’s plan, and that’s not a given. But consider what Jones is up against. He could have taken the more popular route by holding off on the jail and building a new ballpark for the Richmond Flying Squirrels, which he promised in 2009, or a new Richmond Coliseum. But he didn’t. He took the hard road. No one wants a jail in their backyard, no matter if it might better rehabilitate criminals who will, at some point, return to city streets.

Perhaps we’ve lowered the grading scale too much. Maybe a new Coliseum or ballpark isn’t happening because the mayor is dragging his feet. His anti-poverty commission — he made reducing poverty a key priority upon taking office — only just started meeting. Yes, Jones just may be too comfortable with the status quo. (Quick: What was Jones’ legacy in the House of Delegates, where he served 14 years?)

There’s still time for Jones to come through. But it’s time to stop wishing on nonexistent stars, Richmond. What we got is what we got.