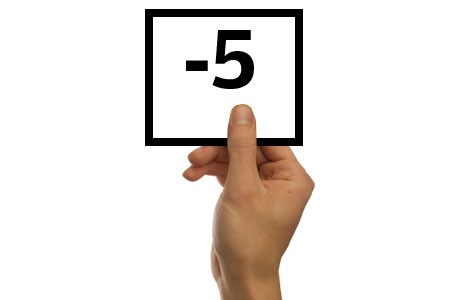 +3 Thousands of college freshmen begin to make Richmond home, surging onto campuses at the University of Richmond, Virginia Union and Virginia Commonwealth University. Special deal: Any freshman who mentions this column will receive 20 percent off VCU football season tickets.

-4 Armed robbers hit two city convenience stores, with the T-D reporting that their getaways are by small motor scooter — possibly a Vespa. Detectives are running DNA on some fake ironic mustaches and lifting prints off PBR cans found at the scene.

-6 The rough summer for restaurants continues with Cellar Door and the Belvidere at Broad announcing closings, joining the growing list of such recent ghosts as the Empress, Becky's and Sensi. After a collective sigh, Richmonders head out for dinner at the newest restaurant they'll forget about in three months.

0 A new political ad for Mitt Romney refers to the Richmond Times-Dispatch as "one of the most respected newspapers in America." It's refreshing to finally see some humor injected into this presidential campaign.

+2 Heavy metal band Gwar apologizes to fans for the initially small size of beer cups offered at its wildly popular Gwar-B-Q. It's the first time the band's apologized for anything since someone accidentally deodorized the Slave Pit.
Prev
Next