Behind the Photo: Remembering a Friend 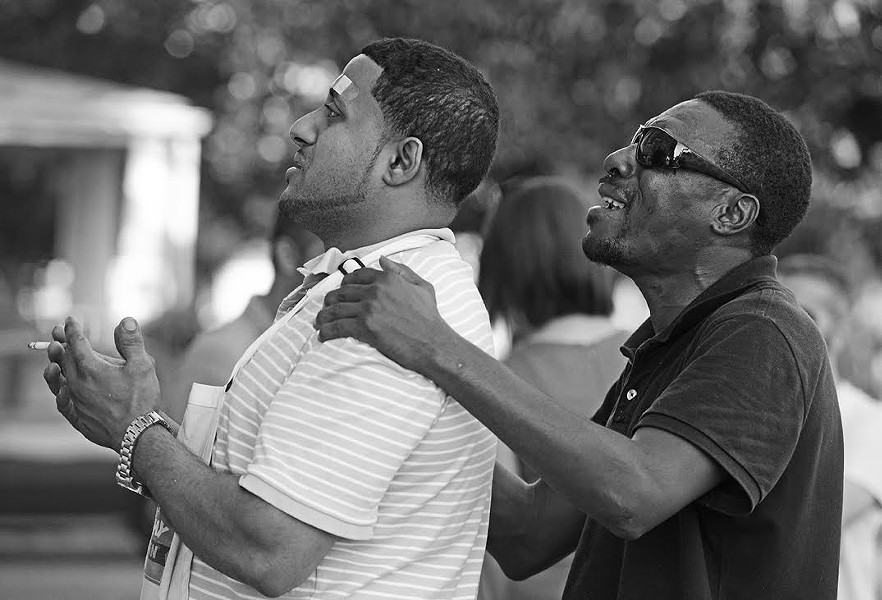 Noah Maqsher is comforted by Sylvester Barksdale as he mourns the death of his friend Habeeb "Sam" Hafeed during a vigil on Nine Mile Road. Hafeed was murdered outside the convenience store he owned on the evening of Aug. 24.

Photographer's Note: This image appeared in the Sept. 7 issue of Style accompanied by a story I wrote about Hafeed's murder. I keep coming back to this image because it shows the sorrow associated with gun violence. The look on Maqsher's face is one of deep sorrow and anguish, while Barksdale's is more emotional, as if in disbelief.

The original image ran in color, but it's more powerful as a black and white. By removing the color, the viewer's eyes go directly to the hands and the faces, which tell the story.