Behind the Photo: Tim Kaine 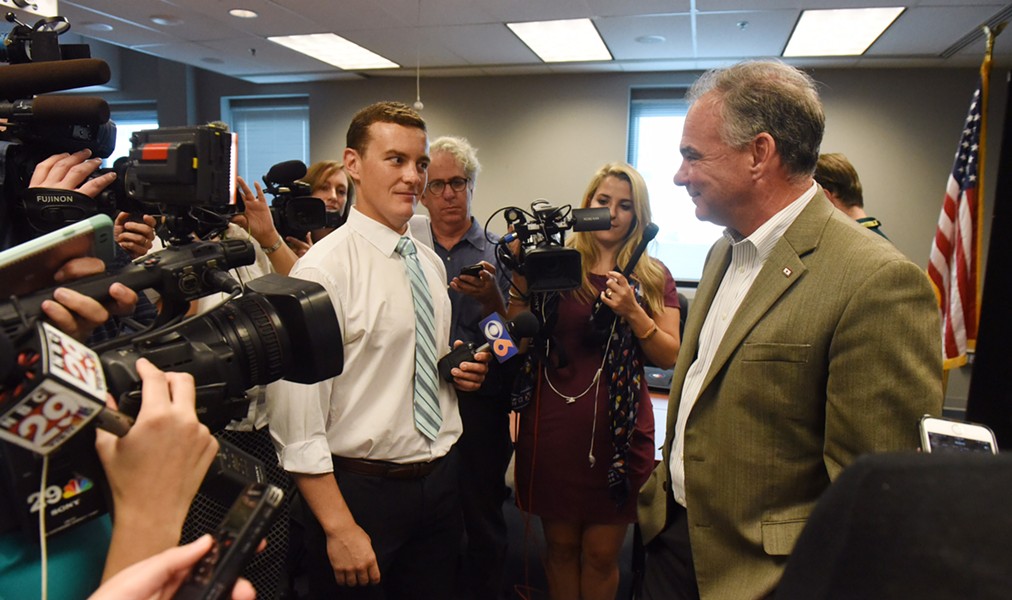 Scott Elmquist After a roundtable discussion about the Zika virus on July 5, Sen. Tim Kaine greets reporters at the Virginia Department of Health in Richmond.

The question on everyone's mind at the news conference: Is Kaine going to be Hillary Clinton's vice-presidential pick? Kaine deflected questions about his political future during the zika conference. Afterward, he approached assembled media. This moment, between Kaine and WTVR-TV CBS 6 news anchor Jake Burns, illustrates the awkward tension in the room. Kaine's smile says, "I'm not going to tell you anything," and Burn's look says, "But I have to ask you."

Photographer's Note: There's no great spot to stand when the press scrum starts. That was reinforced to me during the Bob McDonnell trial. So I tried to stay to the side where I could still see Kaine's face, but also include the cameras and reporters in the frame. In the end, the expressions on their faces make the image work by creating a mini drama in the midst of a larger story.