Are Hundreds of DuPont Jobs in the Richmond Area at Risk?

A possible merger with Dow could force changes. 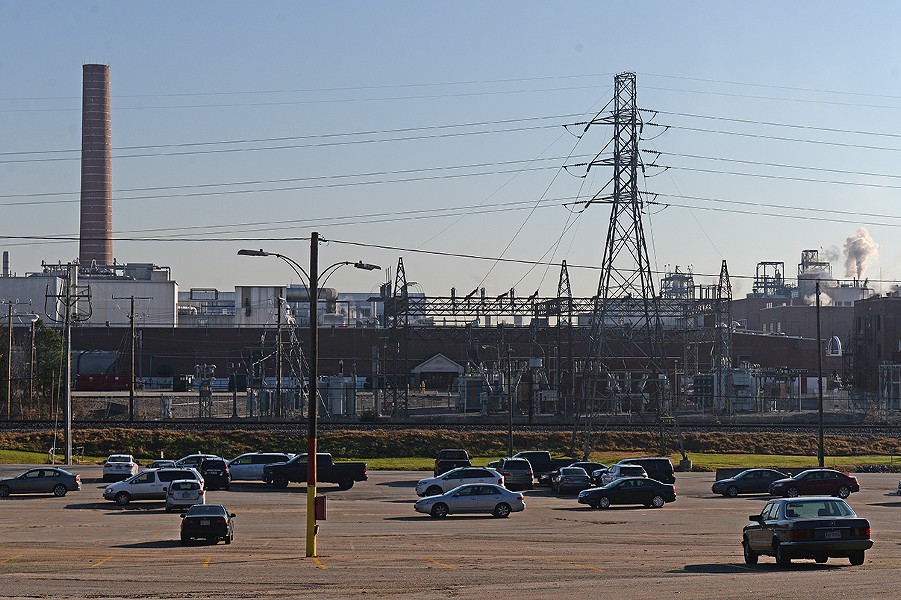 Scott Elmquist DuPont's Spruance plant on Jefferson Davis has been in operation for nearly 100 years.

Hundreds of workers at DuPont Co., one of the Richmond area’s largest employers, could be affected if the chemical giant merges with on of its largest competitors, Dow Chemical Co.

According to media reports, the two giants are planning to merge and split their respective corporate parts into three separate companies covering materials, agricultural and chemicals. That could involve large layoffs.

Stock for both firms has soared since the Wall Street Journal reported the possible merger Tuesday night. The two firms have sales of $93.2 billion.

DuPont has had a huge presence in Richmond since the early part of the 20th century. Some 2,834 workers labor at two large facilities -- the Spruance plant and one at Hopewell.

Spruance is a crown jewel since it makes such high-profile materials as bulletproof Kevlar, fire resistant Nomex and Tyvek, a popular home construction insulation material.

The Spruance plant has operated near the banks of the James River for nearly 100 years. DuPont also started a dynamite factory in Hopewell and has worked on and off in that city for years.

In 1929, it built another plant to make sulfuric acid in 1929 but recently sold it to Chemours. News accounts say that the mergers are needed because both firms face lower prices for commodities and their agricultural sales have been slow.

Pushing the merger are activist shareholders Trian Fund Management, operated by Nelson Peltz, and Third Point LLC, a hedge fund associated Daniel Loeb. Both men have been described as “Wall Street cowboys” who buy shares in companies they consider to be under performing and force mergers or spinoffs.