How One Woman Started a Jobs Fair 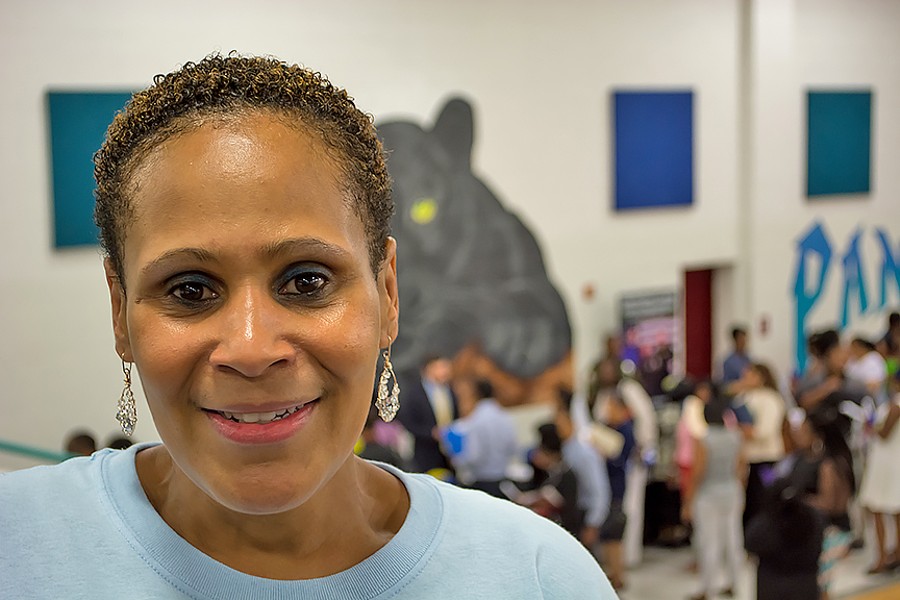 Workers scramble to ready tables, chairs and electrical wires in an auditorium at Lucille M. Brown Middle School, early on the evening of Sept. 9. Myra Griffin calls out instructions.

The South Side jobs fair at 6300 Jahnke Road is her first community event designed to mitigate unemployment and crime in the city’s 9th District.

“We have to do something about crime and to do that, we need to get people jobs,” says Griffin, who worked for years at a firm at nearby Chippenham Hospital and is moving to Virginia Union University.

Neighborhoods south of the James River often have unemployment rates of between 25 percent and 30 percent. The national rate is 5.1 percent and Virginia’s rate in April was 4.8 percent.

People with nowhere to work can end up breaking into homes, she says. So she wanted to do something on the grass-roots level. “I kept on saying I needed to get involved,” she says. “So my husband said why not make that the name of a activist group. So, we started Get Involved a few months ago.”

She contacted the Virginia Employment Commission and held town hall meetings at the school and at Italian Delight, a local restaurant. “We were in touch with the police about crime,” she says, “but there’s only so much they can do. Chief Alfred Dunham came to some of our meetings. He was very supportive.”

In time, the idea of a jobs fair emerged. Early backers were Chippenham Hospital and Parallon, a health systems company where Griffin worked. She built up a list of vendors for the fair, including Food Lion, Auto Zone, gas stations, restaurants and others -- “basically from A to Z,” she says.

The job fair proved to be a big success. It attracted 800 people and ran out of job applications. Attendees ranged from 18 to 60 years old. At closing time, they had to turn people away. Griffin plans more events in 2016.

The bottom line is that despite unemployment rates as high as 50 percent in parts of the city, according to the Mayor’s Anti-Poverty Commission, there are plenty of people who want jobs while employers complain they can’t find workers to fill vacancies.

With luck, grass-roots activists such as Griffin will link them up.