Pamunkey Tribe Has Priorities Ahead of New Casino 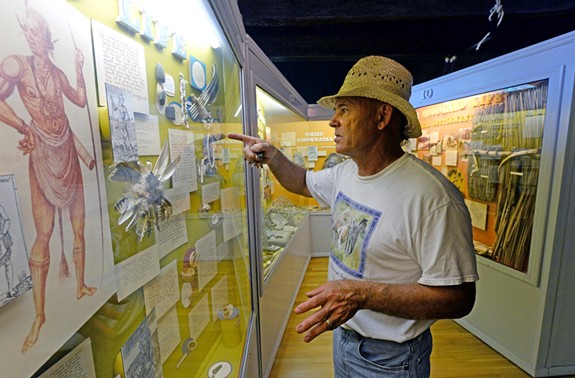 Hauntingly beautiful as it winds past thick, deep green marshes, the Pamunkey River just east of Richmond is named for a dwindling Native American tribe that's among the oldest in the United States.

Its members were some of the Native Americans who held the first Thanksgiving with English settlers in the early 1600s, and they’re about to make news again.

If the U.S. Bureau of Indian Affairs agrees to officially proclaim it a tribe, it will be eligible for special federal housing, education and health care funding plus something else: The tribe would have the right to operate a gambling casino.

Whether it will isn’t in the cards -- yet. The tribe has about 207 members and there are only 50 members living full-time on the rural, 1,200-acre Pamunkey reservation.

Pamunkeys so far haven’t expressed much interest in a gambling hall, but the possibility alarms backers of a $1.2 billion gambling complex at National Harbor, planned on the Maryland banks of the Potomac River maybe 80 miles to the north.

Native American-run gambling casinos are common in parts of the West, Midwest and Northeast, but there’s little evidence that they offer much benefit for the tribes that sponsor them, except for an elite group.

Last July, Pamunkey Chief Kevin Brown told Style that the tribe had looked into a casino, but that the roads to the tucked-away reservation couldn't handle the traffic. He said at the time federal recognition means health care for tribal members through the Indian Health Service and being able to get a mortgage on a house.

Probably the most that might happen on the Pamunkey reservation if tribal status is granted is that some convenience stores selling gasoline, cigarettes and alcoholic beverages without having to pay state taxes could open. But the chance of a casino still would lurk.