Smart Cabs Get Some Respect

The Virginia General Assembly may legitimize Uber and Lyft. 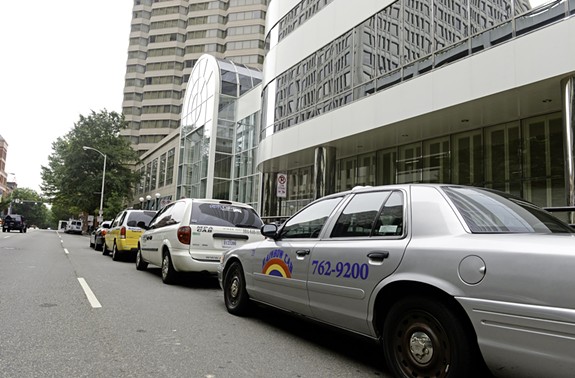 Such is the case with Uber and Lyft, the extraordinarily fast-growing taxi companies that provide good service by having their customers summon and pay them through smartphones.

The smart cab phenomenon caught Virginia by surprise. Last year, the Department of Motor Vehicles forbade them until a temporary permit regime was arranged.

This week a Senate committee in the General Assembly took important steps to formally legitimize them by setting up standards for driver background checks, insurance and registration. So far, the details seem to be ones that all parties involved can live with.

I’ve always found traditional taxi prices extremely high in the Richmond area, especially in southwestern Chesterfield County where I live. If smart cabs are allowed, they could drive down prices. Or maybe not.

In large cities, taxi drivers used to have to buy medallions from their local regulatory commission. Uber and Lyft are pressuring the astronomical prices of those medallions down. In New York, they’ve gone from more than $1 million to $872,000. They're down 17 percent in Chicago and 20 percent in Boston. Philadelphia recently put medallions on sale for $475,000, got no offers and dropped the price to $350,000.

In the Richmond area, medallions aren't a problem. Henrico County registers most cabs -– a process that costs about $40. But the medallion experience in big cities still is instructive as far as supply and demand pricing.

Another issue is fluctuating fares. In New York, there is pressure to cap smart cab prices. David G. Greenberg a city councilman, has proposed putting a cap on Uber’s pricing to no more than two times the usual taxi fare. It can go up three or four times normal when it’s raining or during rush hour.

Local smart cabs do charge more at certain times. For example, if you’ve had one mai tai too many at that Shockoe Bottom bar and it’s 1 a.m., and it’s New Year’s Eve, you can expect to pay more than the norm. I haven’t heard of any move yet to cap fares.